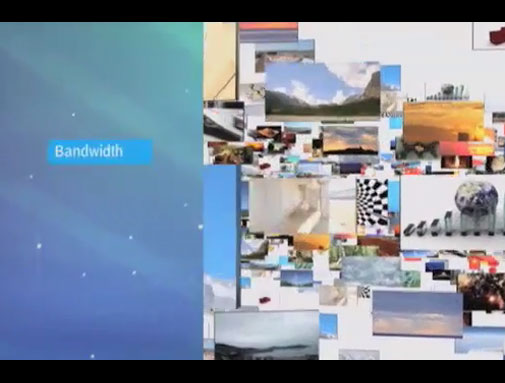 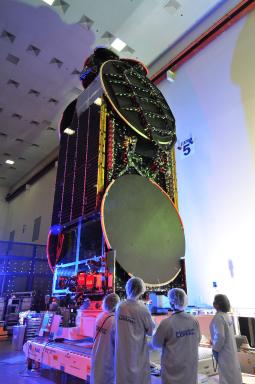 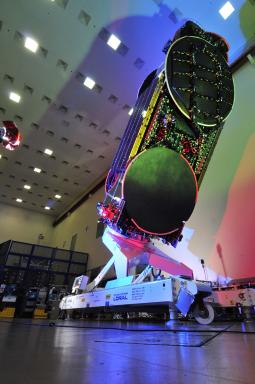 Carlsbad, Calif. – October 20, 2011 – ViaSat Inc. (NASDAQ: VSAT) has announced that International Launch Services has successfully launched ViaSat-1, the highest capacity satellite in the world. The Proton M launch vehicle lifted off from pad 39 at the Baikonur Cosmodrome, Kazakhstan, at 11:48 am (PDT) October 19, followed by spacecraft separation from the launch vehicle at 9:12 pm, signal acquisition shortly thereafter, and finally deployment of both the north and south solar arrays.

ViaSat-1 is designed to transform the economics and quality of service that satellite broadband can provide. The technology is expected to elevate satellite into a much more competitive position in the broadband service marketplace, with the capacity to serve the accelerating growth in bandwidth demand for multimedia Internet access over the next decade. The complete system also includes the ViaSat SurfBeam® 2 ground system, already delivering high-speed broadband to Europe via Eutelsat’s KA-SAT.

“The launch of ViaSat-1 is the result of a fantastic team effort by all of the 2,000-plus people at ViaSat. We’ve come a long, long way, and we believe this satellite, combined with the skills and resources we’ve assembled throughout the company, will give a big boost to the satellite industry and our customers,” said Mark Dankberg, chairman and CEO of ViaSat. “We really appreciate the support of our launch team – ILS, Krunichev, Loral, and Telesat – in bringing it to fruition.

“The ViaSat-1 launch is a big step in fulfilling our vision for advanced Ka-band networks. We aim to begin consumer service by the end of 2011, and in-flight WiFi service on JetBlue next year, along with several other new, exciting applications.”

ILS President, Frank McKenna said, “It is always an honor to be entrusted to launch any of our customers’ satellites on ILS Proton. With ViaSat-1, it is especially so, as we support ViaSat’s innovative business plan for expanded high-speed broadband services with the launch of the most powerful all Ka-band satellite ever built. On behalf of ILS and Khrunichev, we congratulate ViaSat on achieving this milestone in enhancing the availability and quality of high-speed broadband across North America and Hawaii.”

The next steps to commercial service (all times approximate):

Once on station, the ViaSat-1 high-capacity Ka-band spot beam satellite will include coverage over North America and Hawaii, enabling a variety of new, high-speed broadband services for WildBlue in the U.S. and Xplornet through Telesat in Canada. ViaSat-1 joins WildBlue-1, Anik F2, and AMC-15 as capacity available for provision of WildBlue high-speed Internet access across America.

Forward-Looking Statements
This press release contains forward-looking statements that are subject to the safe harbors created under the Securities Act of 1933 and the Securities Exchange Act of 1934, including statements about the boost to the industry and customers, the timing and completion of remaining steps to commercial service, coverage areas, available services, and the date that consumer service, in-flight WiFi, and other applications will begin. ViaSat wishes to caution you that there are some factors that could cause actual results to differ materially, including but not limited to: satellite failures, performance degradation, in-orbit risks and anomalies, or improper orbital placement of ViaSat-1. In addition, please refer to the risk factors contained in ViaSat’s SEC filings available at www.sec.gov, including ViaSat’s most recent Annual Report on Form 10-K and Quarterly Reports on Form 10-Q. Readers are cautioned not to place undue reliance on any forward-looking statements, which speak only as of the date on which they are made. ViaSat undertakes no obligation to update or revise any forward-looking statements for any reason.