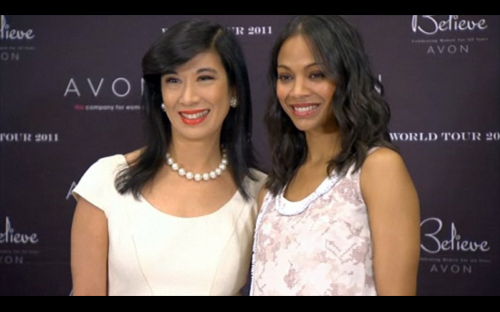 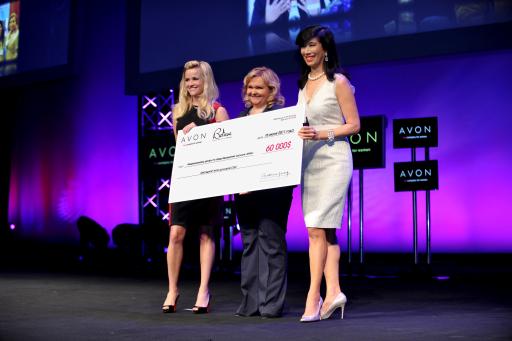 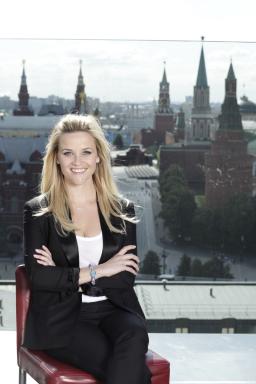 New York, NY – September 15, 2011 – Avon Products, Inc. today celebrates the 125th Anniversary of the founding of the company. Throughout this milestone year, Avon has held numerous events focusing on its rich heritage of empowering women to support themselves and their families. These include the Avon Believe World Tour, which visited 16 cities and touched 125,000 Representatives; concerts and special events; and anniversary celebrations for the company’s 42,000 Associates.

Today in New York, where the company was founded 125 years ago and where its Global Headquarters are located, Avon Chairman & CEO Andrea Jung marked this important milestone by ringing the Closing Bell at the New York Stock Exchange with Avon Representatives, Executives and very special guest Mr. Jim Clark, grandson of Avon’s Founder David H. McConnell.

“Today we pay tribute to all who have made Avon a success over the past 125 years and to all who have helped Avon maintain its position as the largest engine of women’s economic opportunity in the world. We honor our prescient Founder, David H. McConnell, who had the revolutionary belief that women deserved an opportunity to earn an income. We honor the millions of women who have been Avon Representatives through the years and the thousands of Associates who have worked so hard, and continue to do so every day,” said Avon Products, Inc. Chairman and Chief Executive Officer Andrea Jung. “We believe so strongly in our mission as the company for women to improve women's lives and make a difference. Our belief in our purpose has been our guiding compass for 125 years, and it will remain our roadmap for the future.”

As part of Avon’s celebration of the company’s mission to empower women, Avon launched the $2 million Avon Global Believe Fund this year, continuing the company’s work to end violence against women. The fund is making grants throughout 2011 to women’s domestic violence shelters and agencies. Avon and the Avon Foundation for Women are funding an international network of outstanding nonprofit organizations to help them provide critical life-saving services for victims of domestic violence and their families. This global effort also aims to draw attention to the alarming lack of adequate services for women and children who are victims of domestic violence.

AVON HISTORY
The world’s largest direct seller was founded 125 years ago in New York by David H. McConnell, a door-to-door book salesman. Mr. McConnell quickly realized that women preferred his home-made perfume samples, which he strategically offered as free gifts in order to ingratiate himself with potential customers, over the books he attempted to sell. Incredibly forward-thinking, he recognized that women selling beauty products to friends and neighbors was not only a sound business model but also an important social commitment. Mr. McConnell offered women across America the rare opportunity to earn an income to support themselves and their families, a progressive concept for the United States in 1886, 34 years before women in that country earned the right to vote. Learn more about Avon’s rich history and heritage at https://www.avoncompany.com/aboutavon/history.

AVON TODAY
Today, Avon – the company for women – is a leading global beauty company, with over $10 billion in annual revenue. As the world's largest direct seller, Avon’s 6.5 million active independent Representatives market their products to 300 million customers in more than 100 countries. They conduct their business face-to-face and online through eTools that leverage today’s latest technologies to support each Representative as she runs her business in a way which best fits her life.

In addition, Avon global philanthropy is dedicated to improving the lives of women globally. The Avon Foundation for Women is the largest corporate-affiliated philanthropy focused on issues that matter most to women, and Avon global philanthropy has donated more than $800 million to improve women’s health and safety around the world. Avon focuses its philanthropic efforts on raising funds and awareness to fight breast cancer and violence against women. The company is also active in raising money to aid victims of natural disasters and is committed to environmental stewardship across its worldwide operations. This includes reducing Avon’s global environmental footprint and adopting sustainability policies and practices to achieve this.

ABOUT AVON
Avon, the company for women, is a leading global beauty company, with over $10 billion in annual revenue. As the world's largest direct seller, Avon markets to women in more than 100 countries through approximately 6.5 million active independent Avon Sales Representatives. Avon's product line includes beauty products, as well as fashion and home products, and features such well-recognized brand names as Avon Color, ANEW, Skin-So-Soft, Advance Techniques, Avon Naturals, and mark. Learn more about Avon and its products at www.avoncompany.com.