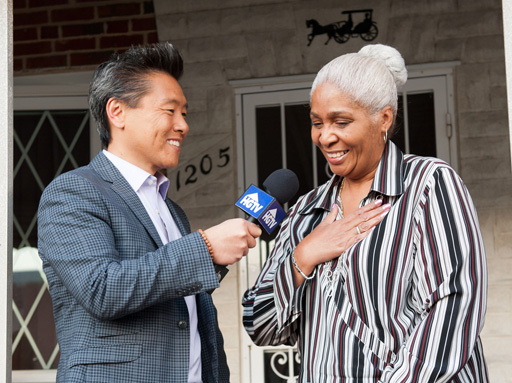 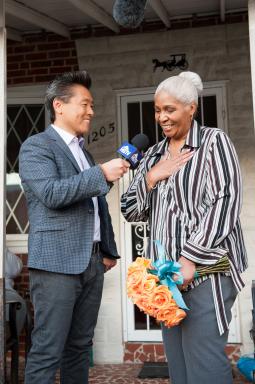 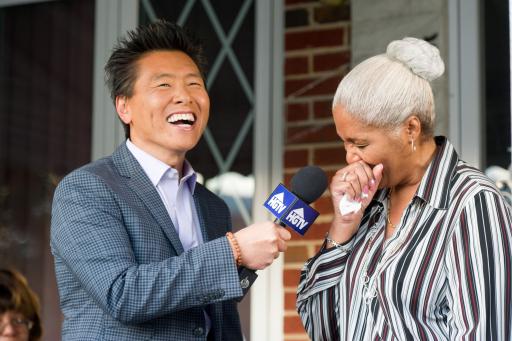 BALTIMORE—For Immediate Release–October 25, 2011 Tears of joy flowed when Deborah Robertson of Baltimore was surprised Monday night with the news that she won the 2011 HGTV Urban Oasis, a luxury one-bedroom residence on the 35th floor of Trump International Hotel & Tower ® Chicago. The fully-furnished residence, with sweeping vistas of the city’s skyline, was custom-designed by HGTV’s Vern Yip and is the centerpiece of a grand prize package valued at more than $750,000. Robertson’s emotional reaction to winning will be televised as part of the HGTV Urban Oasis Giveaway 2011 special on Thursday, December 29, 2011 at 8 p.m. ET/PT.

"So excited," said Robertson upon hearing the news. "I feel like I’m going to faint. I never in a million years expected this!"

Robertson, 57, and her sister were relaxing after work in the home where they were raised when Yip approached her with the news. An enthusiastic HGTV fan whose name was randomly drawn from almost 14 million entries, Robertson entered the second annual HGTV Urban Oasis Giveaway twice a day, seven days a week throughout the sweepstakes entry period.