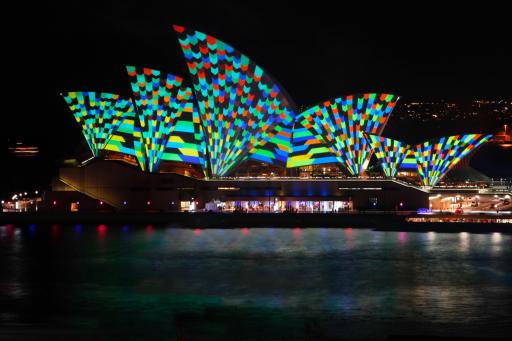 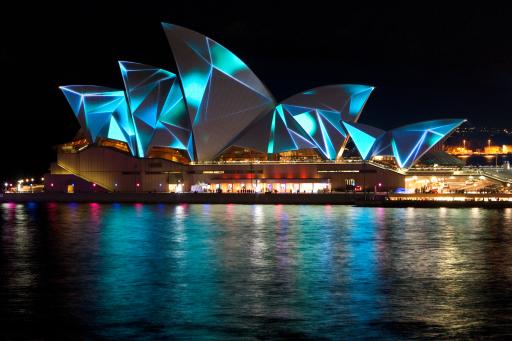 Sydney has been transformed tonight into a colourful canvas of light with the launch of the third annual Vivid Sydney festival – the largest celebration of light, music and ideas in the Southern Hemisphere, from the 27 May – 13 June 2011.

Over 40 light installations were illuminated to mark the start of the festival including the amazing lighting of the iconic Sydney Opera House sails created by French design team SUPERBIEN.

Thousands lined the edge of Sydney Harbour to watch the first showing of ‘Lighting the Sails’; explored a playground of interactive and low-energy light art displays by a global field of artists from countries including Germany, Singapore, New Zealand, The Netherlands, France, Thailand and Australia; and witnessed FireDance, the largest fire performance ever seen in Australia.

Around 400,000 Sydneysiders and visitors are expected to attend the festival, which also includes free public events on the business of creativity at Vivid Creative Sydney, and a program of creative industry business events aimed at fostering collaboration and new ideas with some of the best global creative thinkers converging on Sydney during Vivid