“Job creation averaged 207,000 during the first two months of 2016, and incomes grew over the past year,” said Dr. Frank Nothaft, chief economist for CoreLogic. “More income and improved household finances have helped bring serious delinquency rates down in nearly every state.  However, serious delinquency rates increased in North Dakota and West Virginia, two states affected by price declines for the energy fuel each produces.”

“Home price gains have clearly been a driving force in building positive equity for homeowners,” said Anand Nallathambi, president and CEO of CoreLogic. “Longer term, we anticipate a better balance of supply with demand in many markets which will help sustain heathy and affordable home values into the future.”

Figure 2: Foreclosure Inventory as of February 2016

Methodology
The data in this report represents foreclosure activity reported through January 2016.

A completed foreclosure occurs when a property is auctioned and results in the purchase of the home at auction by either a third party, such as an investor, or by the lender. If the home is purchased by the lender, it is moved into the lender’s real estate-owned (REO) inventory. In “foreclosure by advertisement” states, a redemption period begins after the auction and runs for a statutory period, e.g., six months. During that period, the borrower may regain the foreclosed home by paying all amounts due as calculated under the statute. For purposes of this Foreclosure Report, because so few homes are actually redeemed following an auction, it is assumed that the foreclosure process ends in “foreclosure by advertisement” states at the completion of the auction.

The foreclosure inventory represents the number and share of mortgaged homes that have been placed into the process of foreclosure by the mortgage servicer. Mortgage servicers start the foreclosure process when the mortgage reaches a specific level of serious delinquency as dictated by the investor for the mortgage loan. Once a foreclosure is “started,” and absent the borrower paying all amounts necessary to halt the foreclosure, the home remains in foreclosure until the completed foreclosure results in the sale to a third party at auction or the home enters the lender’s REO inventory. The data in this report accounts for only first liens against a property and does not include secondary liens. The foreclosure inventory is measured only against homes that have an outstanding mortgage. Generally, homes with no mortgage liens are not subject to foreclosure and are, therefore, excluded from the analysis. Approximately one-third of homes nationally are owned outright and do not have a mortgage. CoreLogic has approximately 85 percent coverage of U.S. foreclosure data.

Source: CoreLogic
The data provided is for use only by the primary recipient or the primary recipient's publication or broadcast. This data may not be re-sold, republished or licensed to any other source, including publications and sources owned by the primary recipient's parent company without prior written permission from CoreLogic. Any CoreLogic data used for publication or broadcast, in whole or in part, must be sourced as coming from CoreLogic, a data and analytics company. For use with broadcast or web content, the citation must directly accompany first reference of the data. If the data is illustrated with maps, charts, graphs or other visual elements, the CoreLogic logo must be included on screen or website. For questions, analysis or interpretation of the data, contact Lori Guyton at [email protected] or Bill Campbell at [email protected]. Data provided may not be modified without the prior written permission of CoreLogic. Do not use the data in any unlawful manner. This data is compiled from public records, contributory databases and proprietary analytics, and its accuracy is dependent upon these sources.

CORELOGIC and the CoreLogic logo are trademarks of CoreLogic, Inc. and/or its subsidiaries. 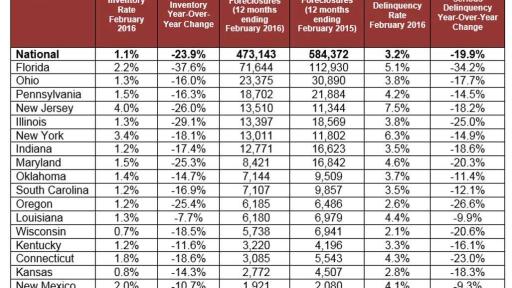 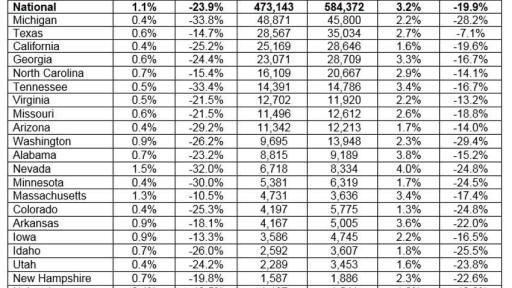 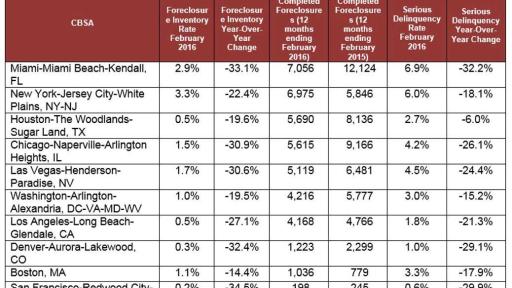 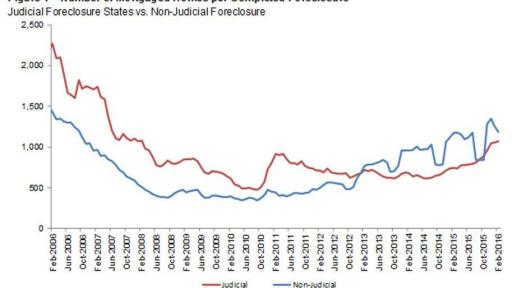 Figure 2: Foreclosure Inventory as of February 2016 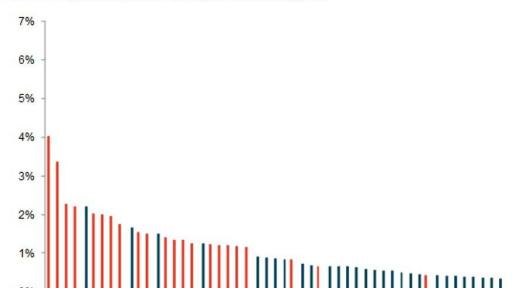 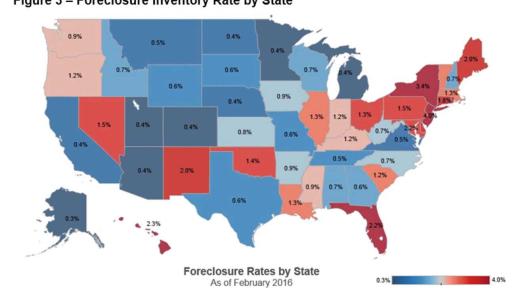