PR Newswire,
It’s not every day you can have Grammy Awardwinning singer/songwriter Michael Bolton serenade you. Now American Greetings is making that possible! Send a chart-topping birthday experience to your friends and family with a Michael Bolton video ecard featuring a personalized birthday ballad created just for them. Entertainment and epic birthday wishes come together in this exclusive digital greeting card available now, for a limited time, at Americangreetings.com.

“Today is Your Birthday” Demo Video 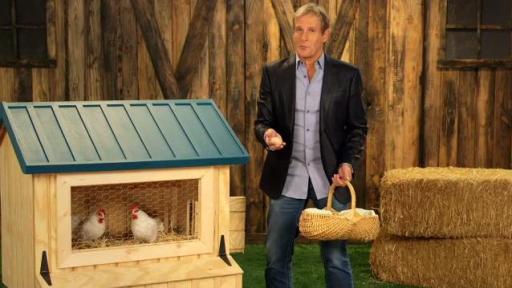 Celebrate Birthdays in an Epic Way 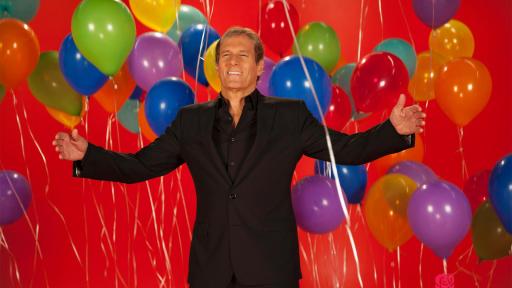 Make This Birthday One They’ll Remember 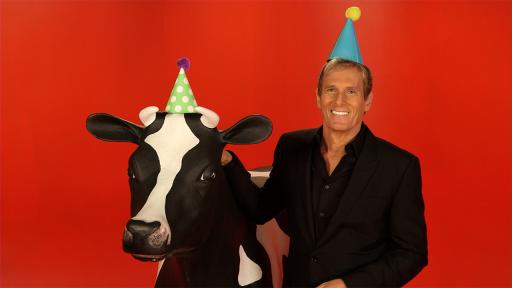 Send the Card at Americangreetings.com 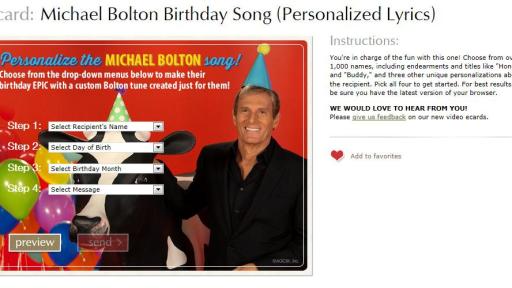 Michael Bolton will Sing Just for You 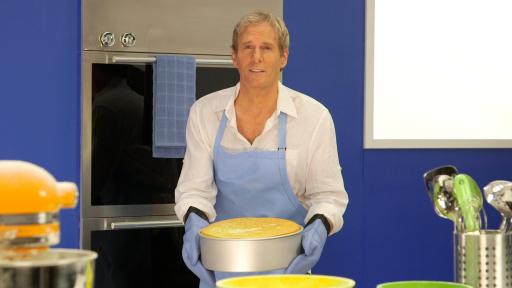 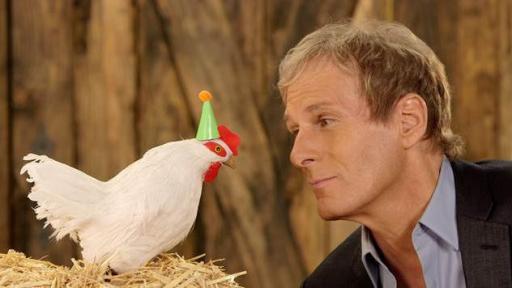 The catchy custom song performed by Bolton is the icing on the cake of the hilariously unforgettable video greeting of the music icon doing just that – making a birthday cake! Make this birthday one they’ll never forget by selecting the recipient’s name, birthday and a special message to be sung as part of the lyrics. Choose from over 1,000 pre-recorded names, including endearments and titles like “Honey” and “Buddy,” and we dare you to browse the seventeen message options without laughing out loud.

“I hope everyone has as much fun with this card as I did...and there’s more where that came from,” said Bolton.

Like music, greeting cards are a wonderful tool that help people make meaningful connections. The exclusive partnership provides a new opportunity for Bolton fans and greeting card enthusiasts to connect with the people closest to them in a fun and entertaining way.

“People want to feel celebrated on their birthday,” said Jenn Branch, Creative Director at American Greetings. “They want fireworks; they want the marching band! When we were brainstorming ways to elicit that feeling, we thought ‘what could be bigger and more epic than Michael Bolton singing a song just for you?’ We are extremely excited to collaborate with Michael to create these incredibly fun and impactful video greetings that will absolutely make someone feel special and celebrated on their birthday.“

In recognition of his artistic achievements, Michael won two Grammys for Best Pop Male Vocal Performance (nominated four times), six American Music Awards, and a Star on the Hollywood Walk of Fame. As a songwriter, he has earned over 24 BMI & ASCAP Awards, including Songwriter of the Year, 9 Million-Air awards, and the Hitmakers Award from the Songwriters Hall of Fame.

Bolton has written with some of the greatest and most diverse talent of our time, including Bob Dylan, Paul Stanley, Lady Gaga, Diane Warren, Desmond Child, David Foster, Walter Afanasieff and “Mutt” Lange. Bolton’s songs have been recorded by the likes of KISS, Marc Anthony, Barbra Streisand, Cher, Kanye West and Jay Z.

Michael’s songs and performances have been featured in numerous television and film soundtracks, including the Oscar-nominated theme song “Go the Distance” from Walt Disney’s blockbuster animated film Hercules and the forthcoming Russell Crowe film Fathers & Daughters.

Continuing to tour the world each year, Michael has performed with legacies such as Luciano Pavarotti, Placido Domingo, Jose Carreras, Renee Fleming and BB King.

Recently, Michael became a viral sensation in The Lonely Island’s Emmy nominated video “Captain Jack Sparrow” that launched on Saturday Night Live and has racked up over 125 million views on YouTube. Bolton has had multiple cameos in the CBS hit series Two and a half Men and has been featured in TV campaigns for Honda, Starburst and Optimum.