PR Newswire,
To coincide with the upcoming 50th anniversary of the Selma March (March 7–25, 1965), the Ad Council is leading an unprecedented group of historic brands to launch a new series of public service advertisements (PSAs) on behalf of their Love Has No Labels campaign. First announced in February, the digital–first campaign is designed to further understanding and acceptance of all communities regardless of race, religion, gender, sexual orientation, age and ability. The new television and online video PSAs encourage audiences to examine and challenge their own implicit bias.
Read More

Love Has No Labels – 3 minutes 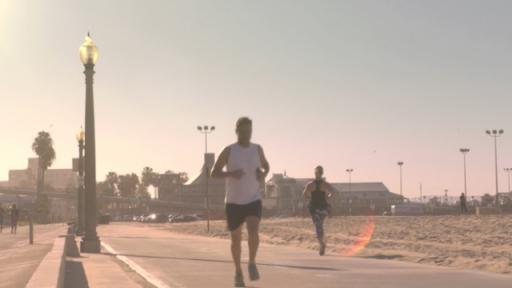 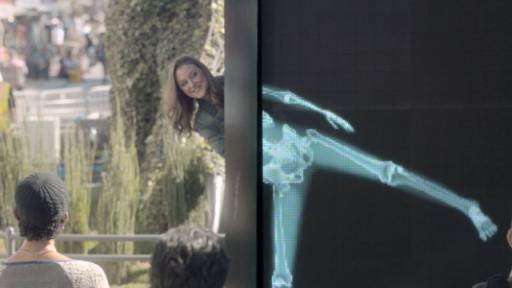 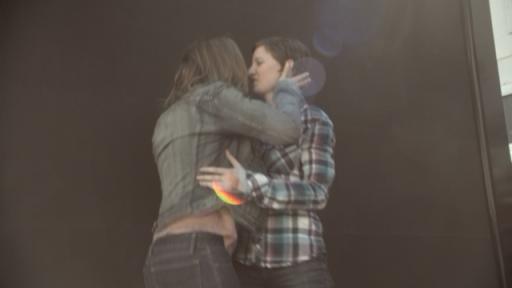 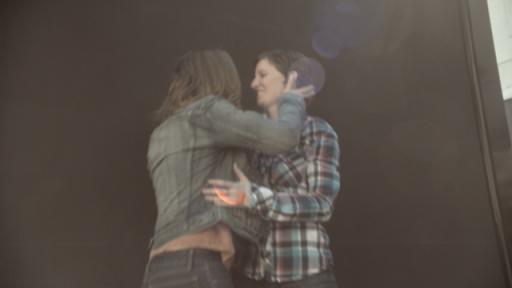 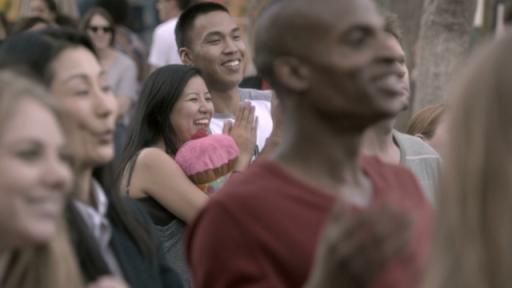 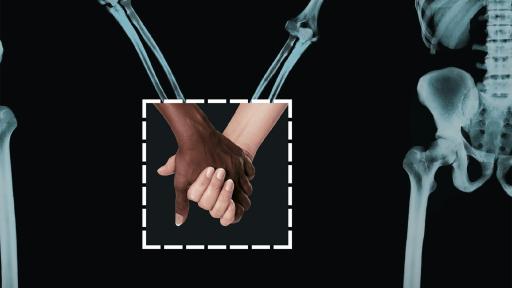 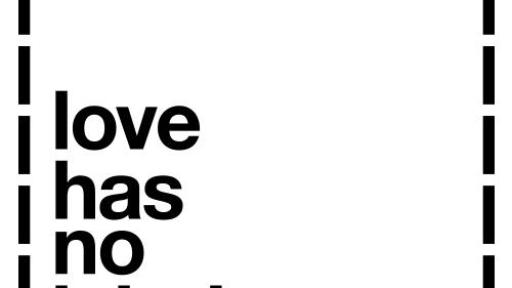 According to the Perception Institute, the vast majority of Americans consider themselves to be unprejudiced, yet research has shown that a high percentage of these same people hold negative associations against those whom appear different than themselves.

Launched on February 12, Love Has No Labels began to grow awareness and an online community on Facebook through leveraging social media activations posted by campaign partners The Coca–Cola Company, PepsiCo, P&G, Unilever, Allstate and State Farm® on their various social media pages. The new PSAs, created pro bono by R/GA, feature real people filmed on Valentine’s Day at a live event in Santa Monica. The PSAs feature a large x–ray screen turning on to reveal two skeletons embracing. As the skeletons separate and walk out from behind the screen, the audience discovers who they really are. This reveal happens a number of times, each with a new set of skeletons highlighting different pairings of gender, race, sexual orientation, religion, ability and age to challenge the viewers’ expectation and encourage them to take a closer look at their own implicit bias. The TV spots and online video features the song “Same Love” by Macklemore & Ryan Lewis with Mary Lambert.

“Implicit bias refers to the way people unconsciously and sometimes unwillingly exhibit bias towards other individuals and groups,” said Rachel Godsil, Co–founder and Director of Research of the Perception Institute. “It doesn’t mean that people are hiding their racial prejudices, instead, people who actively reject prejudice may still unknowingly carry around some degree of bias or stereotypes about others. The good news is that once we are aware of our biases, we can begin to take action to reduce the effects they can have on our behavior and ultimately, to reduce the biases themselves.”

The new PSAs will run in donated time and space both online and on television stations across the country. New print and web banner PSAs using a similar skeleton concept highlight the main idea on the campaign website, “Before anything else, we’re all human” and encourage people to learn how to challenge their own biases.

AOL will be supporting the new creative online exclusively for a two week period beginning today throughout its properties, including on the AOL Mail sign–in page, “Make a Difference” module and in video pre–roll for the AOL Original series “That’s Racist” starring comedian Mike Epps.

“No matter what our declared beliefs, bias can live in all of us. Recognizing this type of ‘fast thinking’ discrimination is the first step towards greater understanding and acceptance in our country,” said Lisa Sherman, President and CEO of the Ad Council. “We’re so proud to have such provocative creative to help spread this crucial message.”

“Fighting hate starts with being aware of our own biases,” said Lecia Brooks, Outreach Director at the Southern Poverty Law Center. “As an organization dedicated to seeking justice for the most vulnerable members of our society, we’re proud to join the Ad Council in raising awareness about the harm of implicit bias as a first step towards greater acceptance for all.”

The integrated campaign directs audiences to LoveHasNoLabels.com, which features a quiz where visitors can examine their own biases and find resources on how to overcome those biases. The campaign taps into the expertise of eight leading non–profit organizations in each of the discriminated classes. The campaign website connects visitors to partnering non–profit organizations including, Anti–Defamation League, Southern Poverty Law Center, National Women’s Law Center, Human Rights Campaign, American Association of People with Disabilities, American–Arab Anti–Discrimination Committee, Muslim Advocates and AARP, where they can sign pledges, report bullying incidents and participate in other activities.

“We live in a time defined by technologies that connect us all. Unfortunately, our prejudices are from another age, and can prevent us from connecting with people with clear eyes and open hearts,” said Nick Law, Chief Creative Officer, R/GA. “Hopefully this message will remind us how superficial these prejudices are and how labels mask the best of our humanity.”

In addition to funding the year–long campaign, partner companies will show their support around key times during the year. Each partner company, including The Coca–Cola Company, PepsiCo, P&G, Unilever, Allstate and State Farm, were identified based on their demonstrated commitment to fostering diversity and inclusion within and beyond their organizations. To learn more about how the partners are addressing these issues, visit www.LoveHasNoLabels.com.

Since launch on February 12, the campaign has generated awareness and engagement among consumers, industry leaders and corporate leaders. On Twitter, the campaign has had a reach of 8.5 million so far and on Facebook, the campaign page has reached more than 1.8 million people. Additionally, posts from our brand partners generated over 15,000 likes and almost 2,000 shares across Facebook.

Ad Council
The Ad Council is a private, non–profit organization with a rich history of marshaling volunteer talent from the advertising and media industries to deliver critical messages to the American public. To learn more about the Ad Council and its campaigns, visit www.adcouncil.org, like us on Facebook, follow us on Twitter or view our PSAs on YouTube.

R/GA
R/GA, the agency for the Connected Age, develops products, services and communications to grow our clients’ brands and businesses. Founded in 1977, the agency has been a pioneer at the intersection of technology, design and marketing with work spanning web, mobile, and social communications, retail and e–commerce, product innovation, brand development and business consulting. R/GA has more than 1,400 employees globally with offices across the United States, Europe, South America, and Asia–Pacific and is part of The Interpublic Group of Companies (NYSE:IPG), one of the world’s largest advertising and marketing services organizations. For more information on R/GA, please visit us at www.rga.com and on Facebook and Twitter.