According to a survey conducted by Nielsen on behalf of General Mills, 49 percent of households are making an effort to avoid artificial flavors and colors from artificial sources.1 To respond to this growing need, General Mills Cereals will be using more recognizable, familiar ingredients to create its colors and flavors. 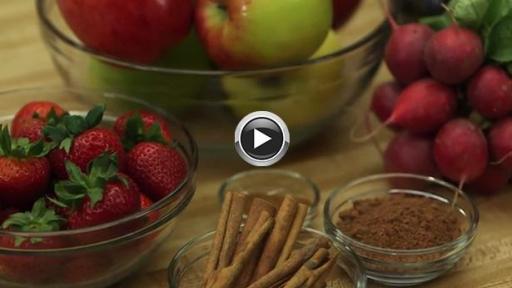 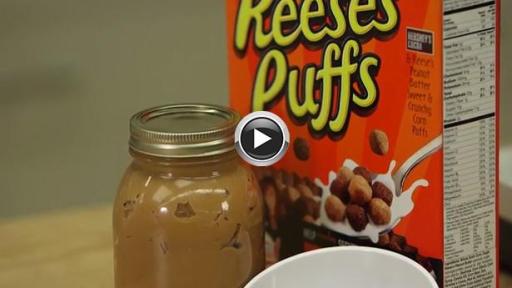 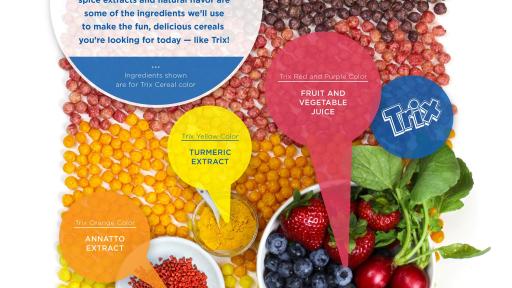 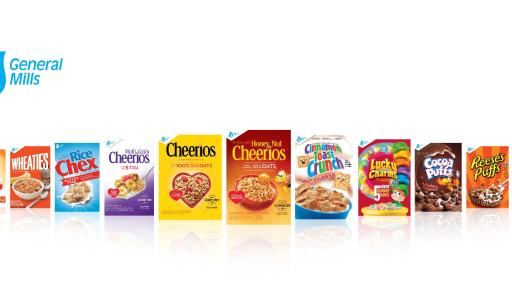 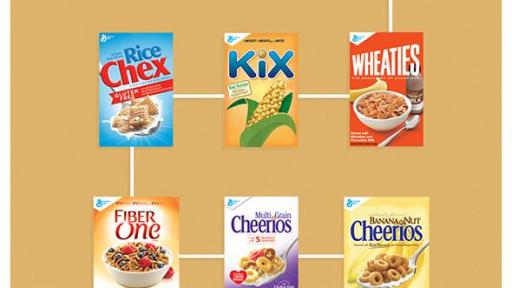 “At General Mills Cereals, we have been upgrading the nutrition and ingredients in our cereals for years to meet people's needs and desires,” said Jim Murphy, president of the General Mills cereal division. “We’ve continued to listen to consumers who want to see more recognizable and familiar ingredients on the labels and challenged ourselves to remove barriers that prevent adults and children from enjoying our cereals.”

General Mills Cereals plans to have more than 90 percent of the portfolio free of artificial flavors and colors from artificial sources by the end of 2016.  Cereal lover favorites including Trix and Reese’s Puffs will be among the first of the remaining brands to change. Trix will now use ingredients like fruit and vegetable juices and spice extracts such as turmeric and annatto to achieve the fun red, yellow, orange and purple colors.  Reese’s Puffs will continue to use peanut butter and cocoa and incorporate natural vanilla flavor to achieve the same great taste that adults and children have always enjoyed.  Consumers can expect to see the updated Trix and Reese’s Puffs cereals on store shelves this winter.

“We have a lot of hard work ahead of us and we know some products will present challenges as we strive to uphold the taste, quality and fun in every spoonful of cereal,” acknowledged Kate Gallager, General Mills cereal developer. “Cereals that contain marshmallows, like Lucky Charms, may take longer, but we are committed to finding a way to keep the magically delicious taste as we work to take out the artificial flavors and colors from artificial sources.”

1 Based on an online survey conducted by Nielsen on behalf of General Mills from 8/18-9/8/14 among a national sample of 31,375 Nielsen Homescan Panel households.