Detroit (July 17, 2015) – The Historic Vehicle Association (HVA) is celebrating America’s Road Trip Century by following Edsel Ford’s epic 1915 journey from Detroit to San Francisco. The HVA will be driving a 1915 Ford Model T that is similar to the car Edsel Ford drove. The event incorporates the centennial celebrations of the Ford Estate at Fair Lane and Panama-Pacific International Exposition the historic departure and destination points for Edsel Ford’s trip. Follow the trip at drivehistory.org. 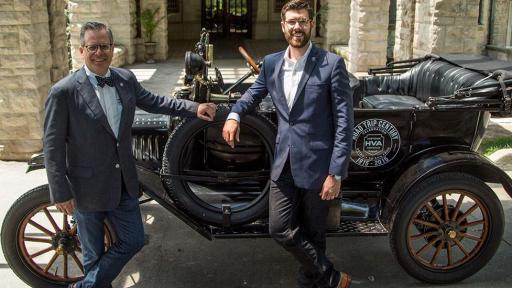 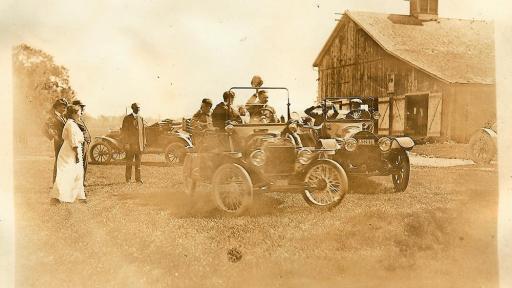 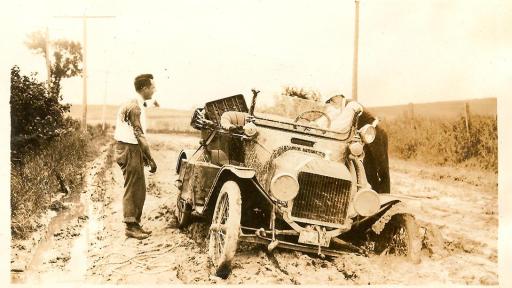 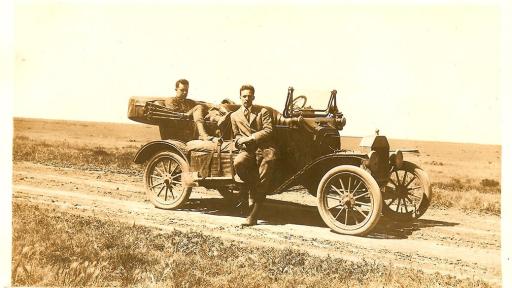 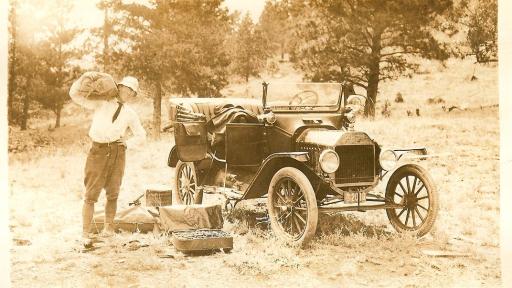 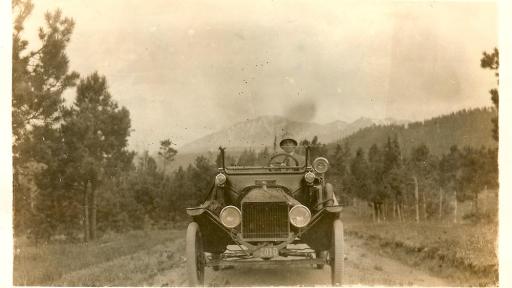 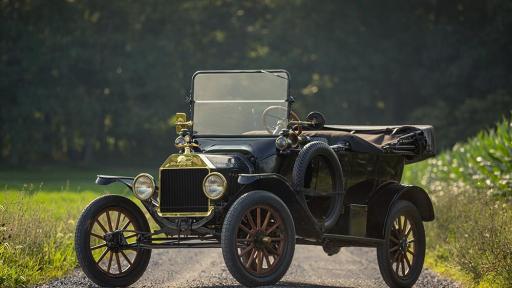 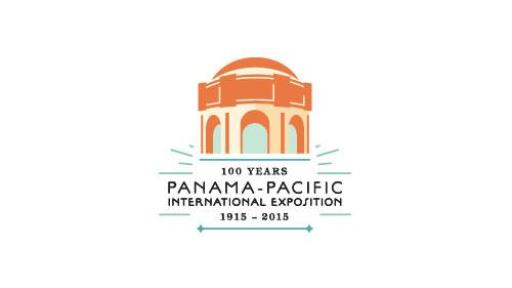 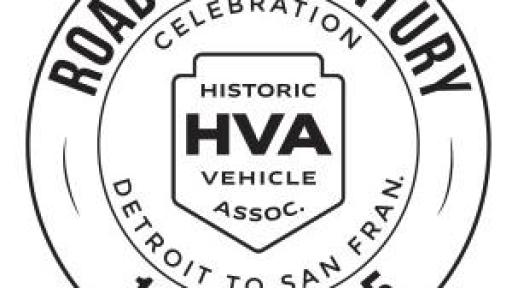 “The purpose of the trip is to elevate national awareness to the importance of our automotive heritage and how it helped shape American culture,” said HVA President, Mark Gessler. “Over the last century the road trip became an expression of American lifestyle and the Ford Model T helped make it possible for most Americans. With this trip, we hope to celebrate how it all began with developing roadways, the Model T and youthful adventure.”

In the summer of 1915, 21-year-old Edsel Ford and six boyhood friends were among the thousands of Americans that took to the road to visit the west and the world’s fair exposition in San Francisco. As war was raging in Europe, Americans looked west for travel. Early cross-country road systems like the Lincoln Highway and the National Old Trails Highway were becoming drivable and the U.S. Department of Interior was promoting travel to “See America First.” The year 1915 was the dawn of American road trip century.

There were many well-publicized trips such as Emily Post’s New York to San Francisco trip for Collier’s Weekly, and Packard Motor Company President Henry Joy’s trip from Detroit to San Francisco to promote the new Lincoln Highway. The Edsel Ford trip is special because it is one of the best-documented road trips that was taken purely for pleasure and provides a rare glimpse into the true conditions endured on early road trips.

Edsel Ford and his friends kept a detailed log of their trip and took hundreds of photographs. After the trip Edsel Ford created a “souvenir” photo book to commemorate the journey for each of the participants. The HVA has worked together with the Antique Automobile Club of America Library (Hershey, Pa.) to share this unique story with America based on one of the original Edsel Ford souvenir books that was donated to the library collection.

The 1915 Ford Model T Touring driven by Edsel Ford is unfortunately not known to exist. The HVA staff will drive a similar 1915 Ford Model T Touring that was recently acquired from the Leon Brown family estate (Bethesda, Md.). D.L. George Historic Motor Cars (Cochranville, Pa.) donated their time and expertise to prepare the car for the 3,500-mile trip. With a top speed of 35 miles an hour, the HVA hopes to cover 150 to 250 miles per day much like Edsel Ford did 100 years ago.

The HVA departure is also an official event of the MotorCities National Heritage Area an affiliate of the National Park Service dedicated to preserving, interpreting and promoting the automotive heritage of the State of Michigan.

The HVA will travel in the Model T to many more historic sites including the ACD Museum and National Automotive and Truck Museum (Auburn, Ind.), Indianapolis Motor Speedway Museum, the St. Louis Arch, the Muehlbach Hotel (Kansas City), the El Vaquero Harvey House (Dodge City, Kan.), the Summit House at Pikes Peak, the Petrified Forest National Park and the El Tovar Hotel at the Grand Canyon National Park. The HVA road trip has scheduled rest and repair stops at the McPherson College Automotive Restoration Program (McPherson, Kan.), in Albuquerque with the Tin Lizzies (Model T Club), and in Los Angeles. The HVA hopes to arrive in Carmel-by-the-Sea, Calif. on August 11th for the annual Concours-on-the-Avenue car show that is free to the public and is the start of the famous Monterey Car Week. “Shell Oil Products U.S. and Quaker State are proud to support HVA’s Road Trip Century Celebration as they stop at these historic locations,” said Don Moser, Marketing Operations Team Lead.

Edsel Ford took the southern route known as the National Old Trails Highway. This coast-to-coast road was first organized in 1912 and pieced together mainly by the old National Road beginning in Baltimore and Santa Fe Trail ending in Los Angeles. By 1926 the portion between Las Vegas, N.M. and Los Angeles became certified as U.S. Highway 66, better known as U.S. Route 66 that was later realigned in the 1930s.

The HVA road trip will end in San Francisco at the Palace of Fine Arts originally built for the Panama-Pacific International Exposition (PPIE). Back in 1915, the Ford Motor Company had one of the most popular exhibits at the fair – a working Model T assembly line that produced about 18 cars each afternoon. Over 4,000 1915 Ford Model Ts were produced at the exhibition but none are known to exist.

“The Historic Vehicle Association is an official partner of the Centennial of San Francisco’s Panama Pacific International Exposition (PPIE100) that commemorates the PPIE’s historical significance and to reflect on its legacy, then, now and in the future,” said Adam Hirschfelder, Director, Strategic Initiatives for California Historical Society.

When Edsel Ford reached the exhibition in San Francisco in 1915 he returned to Detroit by train. The HVA road trip team plans to fly home.

About the Historic Vehicle Association (HVA)

The HVA is dedicated to preserving and sharing America’s automotive heritage. In 2014 the HVA established the National Historic Vehicle Register program working with the U.S. Dept. of the Interior and Library of Congress to document historically significant automobiles in America’s past. The HVA supported by nearly 400,000 individual historic vehicle owners and corporations such as Shell Oil Products U.S., Quaker State, Hagerty, Ford Motor Company as well as individual benefactors.

The HVA is grateful to all those that have donated their time and resources to make the 2015 Road Trip Century program possible.

More About Edsel Ford’s 1915 Road Trip and his Companions

The two other cars on the 1915 trip were a 1915 Cadillac V8 and 1915 Stutz 6-F Touring. These cars were most likely owned by the Herbert V. Book and Frank P. Book. Herbert Book drove the 1915 Cadillac with Robert T. Gray Jr. and Frank Book and William M. Russel drove in the Stutz that they picked up in Indianapolis. The Book brothers were important real estate developers in Detroit. Frank Books’ grandsons, Randall Book and Frank Book, will be on hand for the departure of the HVA road trip at the Ford Product Development Truck and Car Show on Friday, July 17th.

More about the Ford Model T

The 1915 Ford Model T Touring is an open car with bench front and rear seats. It is powered by a 2.9 liter (177 c.i.d.) in-line four-cylinder engine that produces roughly 20 horsepower. Driving a Model T requires a different technique than other cars. The throttle lever on the steering column controls the speed and three floor pedals operate the transmission for two forward speeds, reverse and brake. The HVA Model T is also equipped with “Rocky Mountain” drum-type brakes to improve stopping with a floor mounted hand lever. The sole windshield wiper is hand operated from the driver seat. Edsel Ford’s Model T started the journey with special wire wheels that within the days were changed to wood wheels for improved durability. The HVA car features new handcrafted wood wheels and correct type Firestone tires provided by Coker Tire Company (Chattanooga, Tenn.).

Between 1908 and 1927 the Ford Motor Company produced 15 million Model Ts. By the end of 1915, Ford had produced its millionth car and Model Ts accounted for more than half of all the cars on the road in America. The Model T was a low cost car built to be attainable by most Americans. Its popularity forced better roads to be built and touched virtually every aspect of American life. Estimates vary but there are only about 50,000 of the original 15 million Model Ts known to still survive.