Dubai - UAE, 14 July, 2015: The Western Union Company reports tremendous success with ‘WU Wish’ - a programme that encourages people to describe their wishes for someone other than themselves, and aims to fulfil the most deserving among them. WU Wish has recorded more than 2.23 million viewers on its social media platforms, and these interactions are being led by residents of the UAE, where the programme is underway.

Six winners were granted the wishes they registered on WU Wish, at an Iftar event hosted by the company on 8 July, in Dubai. The winning wishes ranged from providing basic needs for family members, to ensuring the welfare of strangers, and fulfilling community concerns. Filipino Michael Rivera wished for a prosthetic eye for his seven-year-old daughter who has anophthalmia (the absence of one eye), and was overwhelmed at winning the cost of her surgery.  “I am just a low wage earner, and my salary is used for everyday expenses. With WU Wish, I can now pay for her eye surgery - although she will never have full sight, at least I can put a smile on her face,” he said to the audience, in tears. (Other winning wishes are listed below)

In the last 30 days, Western Union has seen notable traffic on its social media channels, and this interest has led to extremely high levels of participation in the unique programme, explains Rajiv Garodia, Senior Vice President Middle East & South Asia at Western Union. As of June 30, the promotional video for the programme had garnered 1,174,460 views on Facebook - with 41,023 likes, comments and shares - and 1,056,176 views on YouTube.

“At Western Union, we believe that better things happen when money moves. WU Wish is a simple programme that gives everyone a chance to share their personal stories - of why they save and send money to friends, family and loved ones. Equally, it highlights the values of sharing and selflessness, and care and concern for others. Participating in the programme is as easy as describing a wish for another person.

“We are listening to each of these inspirational stories, and we intend rewarding the most unusual, unique, and deserving among them. We would like to make a meaningful difference in their lives,” said Garodia.

WU Wish will announce another 10 winners by the first week of August, with each standing to win AED10,000 to fulfil a wish for someone else, and travel vouchers worth AED10,000 to facilitate visits to loved ones.

During Ramadan, WU Wish is also rewarding participants with weekly prizes of Iftar meals for up to 15 people, especially created and catered to the households of winning wish nominees. Winners are chosen by draw, and the first seven winners include residents who made wishes for their colleagues, friends and family members.

The WU Wish programme will run until 18 July, and free public participation is open on wuwish.com, wuwish.com/Ramadan, the WU Wish channels on Facebook and YouTube, on the radio stations Al Rabia, Mirchi FM and Radio 4, and under the hashtag #WUwish.

Western Union customers who make a transaction during the promotion can claim two wish nominations, and those who do so using their MyWU loyalty cards can avail of three nominations.

The WU Wish programme is also running in Qatar, Saudi Arabia and Kuwait. 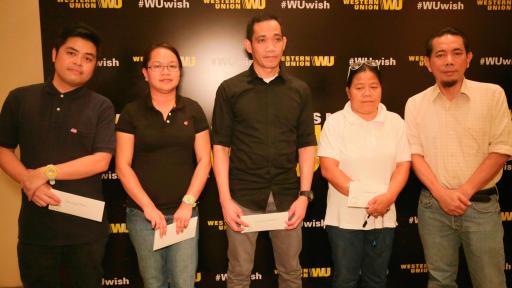 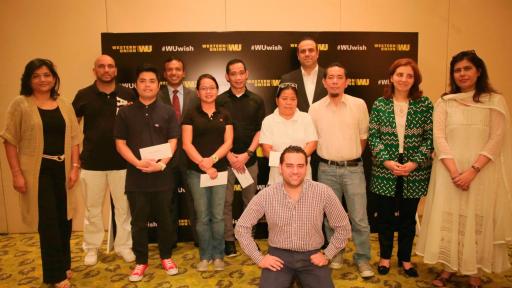 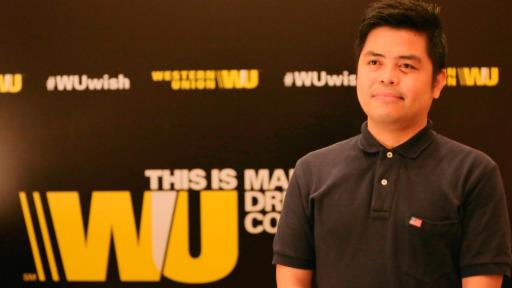 Winners of WU Wish have iftars delivered to their homes 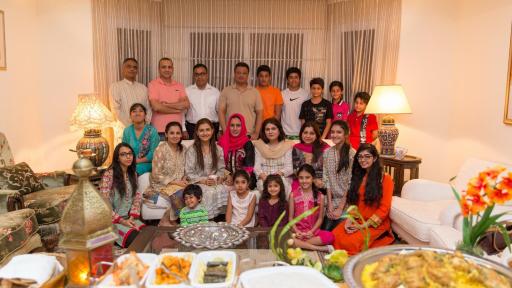 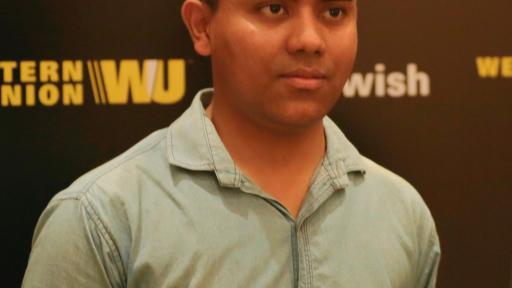 The Western Union Company (NYSE: WU) is a leader in global payment services. Together with its Vigo, Orlandi Valuta, Pago Facil and Western Union Business Solutions branded payment services, Western Union provides consumers and businesses with fast, reliable and convenient ways to send and receive money around the world, to send payments and to purchase money orders. As of March 31, 2015, the Western Union, Vigo and Orlandi Valuta branded services were offered through a combined network of over 500,000 agent locations in 200 countries and territories and over 100,000 ATMs and kiosks. In 2014, The Western Union Company completed 255 million consumer-to-consumer transactions worldwide, moving $85 billion of principal between consumers, and 484 million business payments. For more information, visit www.westernunion.com.