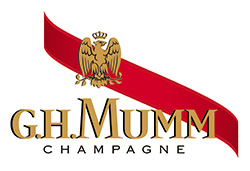 Maison Mumm and David Guetta: When the Icon of Celebration Invites the Icon of the Night for a Unique New Collaboration…

Maison Mumm and David Guetta: When the Icon of Celebration Invites the Icon of the Night for a Unique New Collaboration…

PARIS, 3 September 2015/PRNewswire/ - True to its pioneering spirit and passion for innovation, Mumm is for the second time partnering with David Guetta. Sharing a passion for celebration that initially brought them together for the music video for David Guetta’s no.1 track Dangerous, Mumm’s next adventure with David Guetta brings us the first ever urban horse race.

Maison Mumm and David Guetta strengthen the celebration of victory through an innovative music video
Brought to life in the avant-garde style true to both pioneers, a new music video will be launched for the new David Guetta single. Mumm takes another innovative step forward in its expression of celebrating victory through an avant-garde video clip. In the video, the House is reimagining a sport whose triumphs are marked during two major international events for which it is the official partner: The Melbourne Cup, the prestigious flat race, and the Kentucky Derby, dubbed “the most exciting two minutes in sports”.

Mumm breaks the traditional codes and will offer its avant-garde vision of a horse race in a city through this music video, which will be released 1 November 2015.

David Guetta re-imagines Maison Mumm’s iconic Cordon Rouge bottle
An exclusive new limited edition Mumm Cordon Rouge, symbolising celebration, has been designed by David Guetta. Mumm’s iconic vintage is entirely adorned in platinum for the occasion, creating a mirror effect designed to take centre stage under nightclub lighting. Launched in Paris during the reopening of the famous nightclub, Queen, this limited edition will be available worldwide in both 75cl and Magnum sizes in France, Australia, UK, Italy, Spain and other markets.

Mumm and David Guetta invite you to join a daring digital activation
As the intense moment of celebration is at the heart of every victory, the Maison Mumm created a unique digital activation. From the beginning of October, you will be invited through our social networks to discover it.

Mumm, as the official partner of this horse race, will start the celebration of this outstanding sport victory through this exceptional concert. 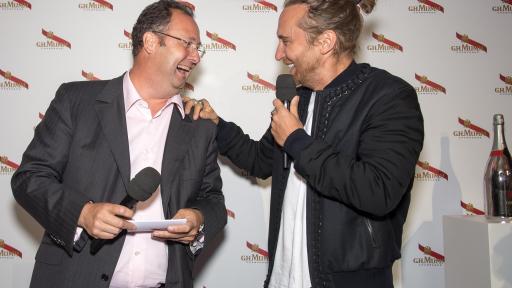 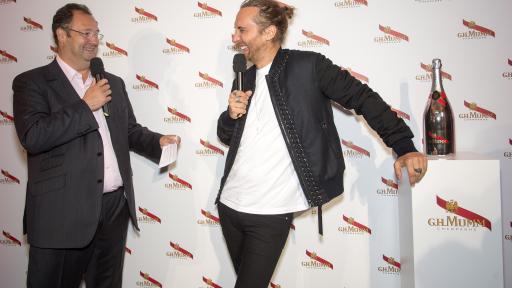 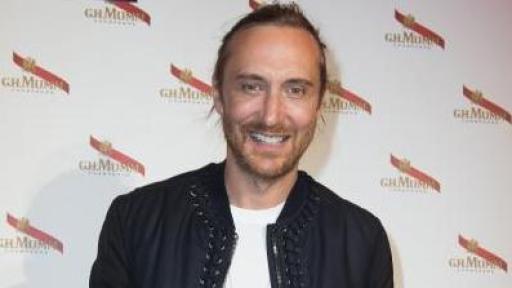 Mumm by David Guetta with flutes 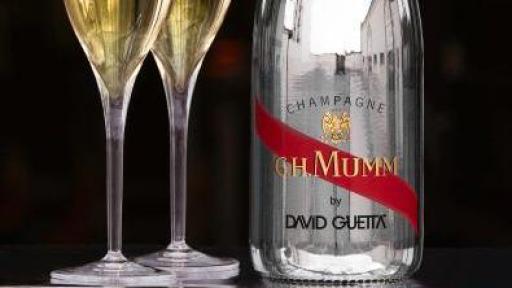 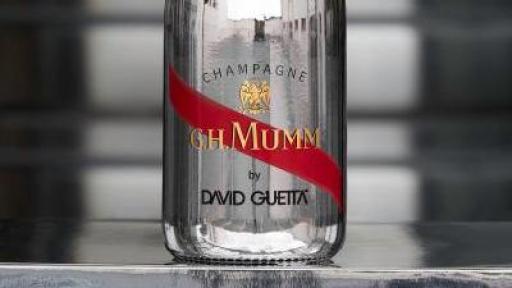 About Maison Mumm
Mumm is part of Martell Mumm Perrier-Jouët, the prestigious cognac and champagne business of Pernod Ricard, world’s co-leader in Spirits & Wines. With its distinguished heritage dating back to 1827, Mumm is the leading international champagne House in France and fourth worldwide*. Mumm Cordon Rouge, recognisable by its red ribbon—a symbol of excellence—is the perfect embodiment of the spirit of the House: it stands out through the freshness and intensity of its style, which successive generations of cellar masters have successfully maintained and handed down. * IWSR 2013

About sports partnerships and Maison Mumm
Maison Mumm is the official champagne of global prestigious horse races worldwide. Mumm has been named the “Official Champagne of the Kentucky Derby and Churchill Downs Racetrack” after a three-year partnership was finalized between the two companies in January 2015. Mumm has also been the official champagne of the prestigious Melbourne Cup Carnival since 2011.
Horse races reflect the history of a House which has been always been a part of great adventures, triumphs and extraordinary human achievements.

About David Guetta
David Guetta is world-renowned for having played a seminal role in the rise to prominence of Electronic Dance Music, or “EDM”. He is one of handful of producers whose signature sound has marked their era. More than simply an icon of dance music, David Guetta is emblematic of an entire generation. To date he has sold nine million albums and 35 million worldwide and has one of the largest followings of any artist on social networks with 55 million Facebook fans, more than 18 million followers on Twitter and three million Instagram subscribers.