Interviews and B-roll from the LEU Bank Signing Astana, Kazakhstan 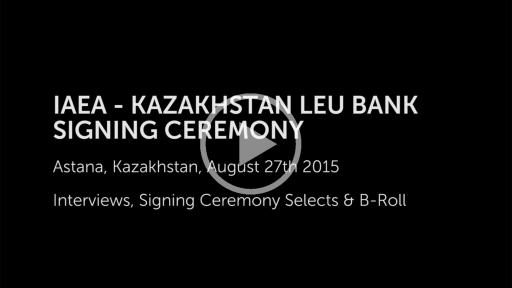 Signing of LEU Bank Agreement Between IAEA and Kazakhstan 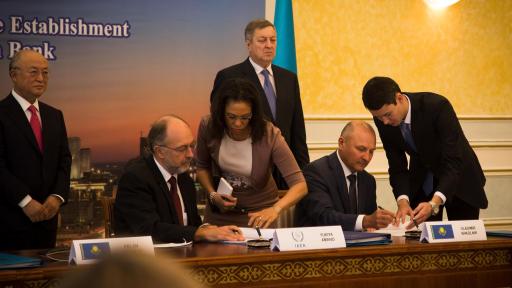 Kazakhstan to Host First Ever LEU Bank under IAEA Auspices

ASTANA, Kazakhstan, Aug. 27, 2015 /PRNewswire/ -- The first ever Low Enriched Uranium (LEU) Bank administered by IAEA will be located in Ust-Kamenogorsk, Kazakhstan and will be officially launched at a high-level signing ceremony in Astana, Kazakhstan on August 27, 2015.

With over 60 years of proven experience in civil nuclear fuel supply, the bank will be governed by Kazakhstan’s legal and regulatory requirements but will be fully managed and operated by the International Atomic Energy Agency (IAEA). The IAEA Board of Governors approved an agreement with the government of the Republic of Kazakhstan to establish a bank of low enriched uranium in June 2015.

The LEU Bank was developed to assure countries with peaceful nuclear programs accessibility to a supply of LEU if its access on the commercial market was unavailable. It is intended to provide IAEA member states with confidence in a steady and predictable supply of fuel even if other supply mechanisms are disrupted. It is also an important step in supporting nuclear non-proliferation.

Signing of LEU Bank Agreement Between IAEA and Kazakhstan 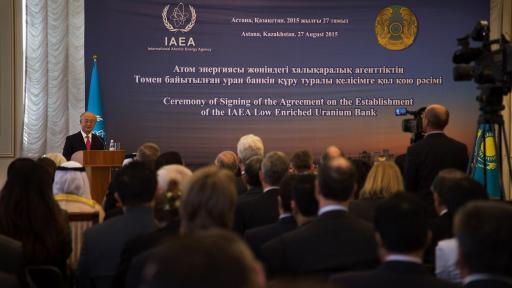 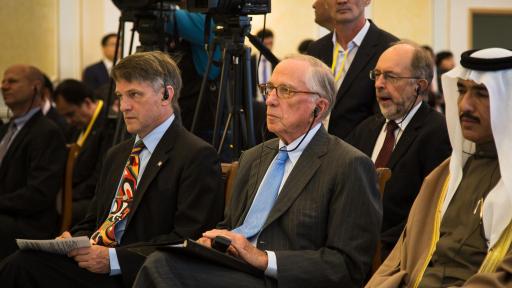 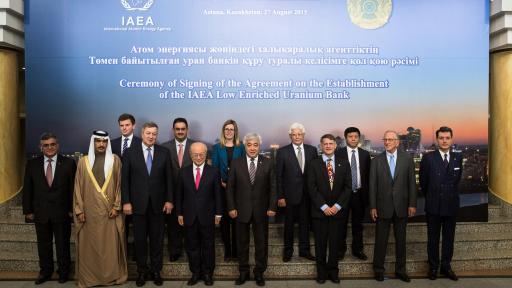 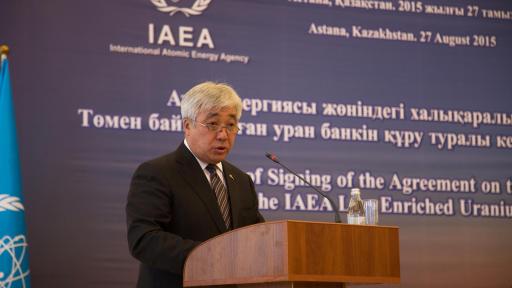 Under the leadership of President Nursultan Nazarbayev, Kazakhstan was the consensus choice for hosting the IAEA LEU Bank. Kazakhstan is committed to the shared vision of ensuring the global security of the nuclear fuel cycle. During his call for a more robust global effort to secure nuclear materials at the 2014 Nuclear Security Summit, Kazakhstan President Nazarbayev said, “We have supported the IAEA initiative to establish an international low-enriched uranium (LEU) bank and are finalising negotiations on a [relevant] host country agreement.”

Kazakhstan’s Minister of Foreign Affairs, Erlan Idrissov, who will sign on behalf of the host country, recently commented, “The signing of this agreement is a significant step that will facilitate peaceful nuclear cooperation, an objective which Kazakhstan has worked tirelessly towards. The LEU fuel bank is an important vehicle that will help create a safer world. I am grateful to the IAEA and to our funding partners for this opportunity.”

The agreement over the LEU bank is a multi-year effort that enjoys global support and was initiated by key leaders. Nuclear Threat Initiative (NTI) advisor and catalyst of the LEU fuel bank Warren Buffett said, “The LEU fuel bank is a much-needed investment in a safer world and a valuable tool in helping to prevent future nuclear dangers.” Former U.S. Senator Sam Nunn, NTI Co-Chairman, said in June this year, “This is a significant milestone in global nuclear cooperation that will enable peaceful uses of nuclear energy while reducing the risks of proliferation and catastrophic terrorism.”

The formal signing of the host-state agreement by Kazakhstan and the IAEA took place on August 27th in Astana, Kazakhstan. It is anticipated that the facility will become fully operational in 2017.