日本語でこのプレスリリースを表示するにはここをクリック
PR Newswire – LAS VEGAS (September 25, 2015)
Tatsuo Miyajima, one of Japan’s most influential artists over the past two decades, debuted his work “HOTO” (2008) in the United States for the first time this week for an indefinite engagement at The Shops at Crystals in Las Vegas. The piece previously has been on display only in Japan and China.
Read More 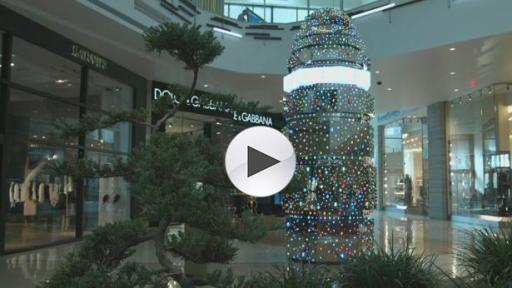 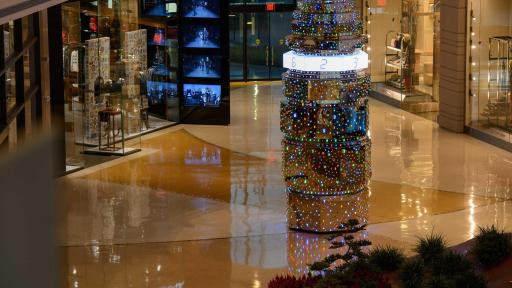 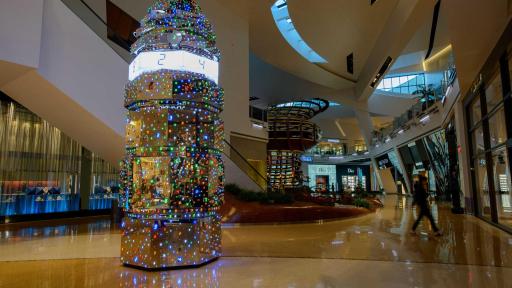 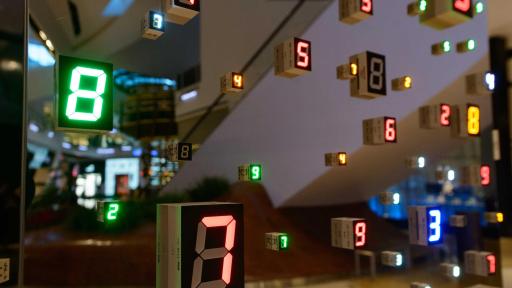 Inspired by Buddhist scripture, HOTO – meaning “treasure pagoda” – refers to a story about a monumental bejeweled tower that emerges from the ground, floats midair and covers half the world, symbolizing the importance of every human life. According to Buddhist teachings, life cannot be described without such an impossible story because life is nothing but a miracle.

It was this scripture and the devastating events of September 11, 2001 that inspired Miyajima to create HOTO, which represents his belief that every life is important as well as his hope for inter-connectedness across the globe creating peace and community.

To share his message, Miyajima – recognized for work that merges a philosophical appreciation of life with the latest technologies – created a remarkable mirrored pagoda measuring 18 feet high and more than six feet around, inlaid with 3,827 vibrantly colored LED numerical displays in varying sizes. The LED displays flash the numbers nine through one in a descending, continuous series and at varying speeds, representing the never-ending cycle of life, the universal language of numbers and how every life moves at its own unique pace.

Focusing on interaction rather than exhibition, the circular tower features angled surfaces that play with the viewer’s reflection, allowing them to visually locate themselves in the art. This is indicative of Miyajima’s work in recent years, by which he summarizes his belief that art is the expression of creativity within each of us. “I’m trying to show that every human being is unique,” Miyajima explained.

Jim Murren, Chairman and CEO of MGM Resorts International, said, “Las Vegas visitors are more worldly in their travel habits than ever before and seek provocative, unique experiences. One of the ways we’ve responded to this is by introducing thought-provoking art that stimulates interest and energy. Along with renowned masters from generations past, our vision is to present contemporary and forward-thinking works that fascinate people of all ages, regardless of whether they are art aficionados or casual passersby.”

“The expansion of Japanese art and tradition on the Las Vegas Strip is a focus for MGM Resorts, and we continuously search for new and innovative ways to celebrate it,” Murren added.

The piece integrates three Buddhism-inspired concepts that dominate Miyajima’s life and work: the idea that everything changes, everything is connected, and everything goes on forever:

About Tatsuo Miyajima
Tatsuo Miyajima was born in 1957 in Tokyo, Japan and continues to live and work there. In addition to participating in numerous international biennales, including the Venice Biennale (1988, 1999), Miyajima has presented numerous solo exhibitions around the world. His works are placed in the permanent collections of Museum of Modern Art, New York; San Francisco Museum of Modern Art, California; Museum of Contemporary Art Chicago, Illinois; Dallas Museum of Art, Texas; Denver Art Museum, Colorado, among others.

About MGM Resorts International
MGM Resorts International (NYSE: MGM) is one of the world’s leading global hospitality companies, operating a portfolio of destination resort brands including Bellagio, MGM Grand, Mandalay Bay and The Mirage. The Company is in the process of developing MGM National Harbor in Maryland and MGM Springfield in Massachusetts. The Company also owns 51 percent of MGM China Holdings Limited, which owns the MGM Macau resort and casino and is developing a gaming resort in Cotai, and 50 percent of CityCenter in Las Vegas, which features ARIA Resort & Casino. For more information about MGM Resorts International, visit the Company's website at mgmresorts.com.