PR Newswire, NEW YORK, N.Y. (November 5, 2015)
Autism Speaks – the world’s leading autism science and advocacy organization – today joined the Ad Council and BBDO New York, the long-time volunteer agency for Autism Speaks, to announce the launch of a new series of public service advertisements (PSAs) designed to help parents recognize the early signs of autism and take immediate action. For the first time in the campaign’s history, the new PSAs feature an imaginative world, created using 3D and stop-motion animation, inspired by stories of real children with autism and told from the perspective of a child with autism. The PSAs are an extension of the award-winning “Learn the Signs” campaign, created by BBDO, which has helped significantly increase the percentage of parents who recognize the early warning signs of autism.

Autism is one of the fastest-growing serious developmental disorders in the United States. Approximately 1 in 68 children is on the autism spectrum -- an increase in prevalence of more than 100 percent in one decade according to the Centers for Disease Control and Prevention (CDC). Despite its prevalence, research shows that many parents have very little knowledge about the signs of autism and are not seeking help early enough. While there is currently no cure for autism, early detection and intervention can result in critical improvements throughout life. The campaign aims to raise awareness, increase knowledge of the signs of autism and empower parents to take action if their child is not meeting developmental milestones.

“Our ongoing partnership with the Ad Council and BBDO New York has been highly instrumental in raising awareness,” said Liz Feld, president of Autism Speaks. “Parents now know more about autism than ever before, but we must continue to educate them about the vital importance of early identification, diagnosis and intervention. By telling a story from the perspective of a child who is on the spectrum, these new PSAs will not only further educate parents to recognize the early signs and take action, but will also lead to greater understanding of the disorder in the general public.”

Read More
The World of Autism 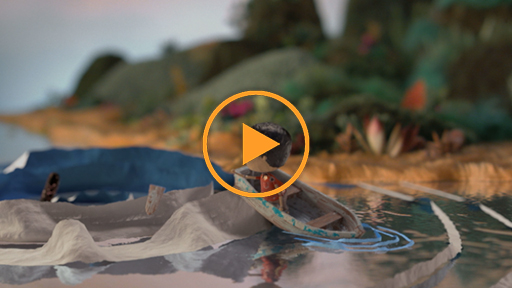 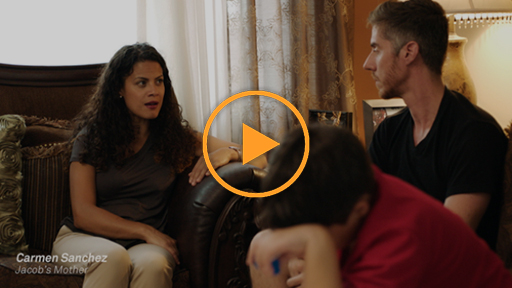 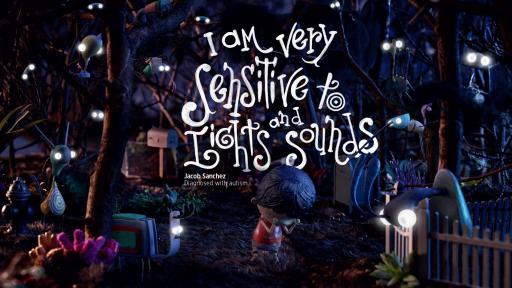 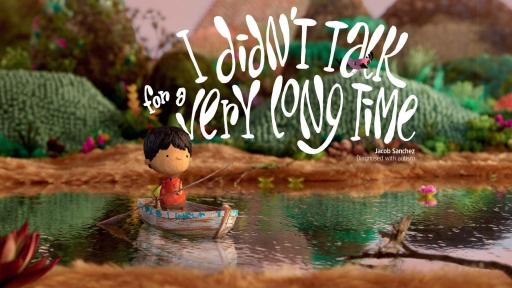 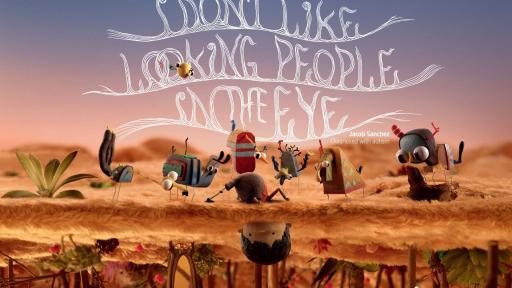 The new creative campaign was inspired by a young boy named Jacob and his experiences living with autism, along with interviews conducted with other families affected by it. Jacob didn’t speak until he was 4 years old, which is how the story in the new TV spot begins. By the end, viewers hear Jacob’s voice to show how far he has come in his journey. The animated scenes communicate the signs of autism through metaphors, including lack of eye contact, sensitivity to light, repetitive behavior and delayed speech. The world featured in the campaign was built from scratch, in partnership with Lobo Productions, and inspired by elements of the interviews with Jacob. Some of the creatures, for example, are reflections of Jacob’s real toys.

“I’m so proud of the work we’ve done with Autism Speaks and BBDO New York over the last ten years to help raise awareness about the early warning signs of autism and encourage parents to take action when they recognize the signs,” said Lisa Sherman, President and CEO of the Ad Council. “This poignant creative features an imaginative environment with very real experiences that are identifiable and will resonate with parents throughout the country.”

According to the CDC, the average age of diagnosis is 4-5 years, but a reliable autism diagnosis can be made as early as 18-24 months. Research shows that early intervention services improve learning, communication and social skills in young children with autism.

Since the launch of the PSA campaign in 2006, according to the Ad Council’s research, awareness of all of the key signs has increased significantly. They include not socializing, not making eye contact, preoccupation or fixation with objects, no imitation of sounds or facial expressions by 9 months, and no big smiles by 6 months. Additionally, more parents can cite at least one sign of autism unaided (from 40 percent in 2006 vs. 49 percent today). Furthermore, the percentage of parents with young children who’ve spoken to their child’s pediatrician about autism has increased by more than 60 percent.

“Working with the Ad Council and Autism Speaks has been a passion project,” said Bianca Guimaraes, associate creative director at BBDO New York. “The saying ‘If you’ve met one child with autism, you’ve met one child with autism’ says it all. So, we knew we had to convey the individual signs in a way that every parent could recognize and understand.”

Added Mark Anderson, creative director of BBDO New York, “That was one of the reasons why we decided to use animation – to create an open canvas that each parent could imagine their own child in.”

The Ad Council is distributing the new PSAs to more than 33,000 media outlets nationwide this week. The ads will air and run in advertising time and space entirely donated by the media. Since the launch of the campaign nine years ago, media outlets have donated nearly $500 million in time and space. The PSAs have earned numerous awards in the past, including an Effie Award for advertising effectiveness in 2008, a Silver Telly in 2009, a Silver Addy and Gold Ogilvy in 2011.

To learn more about the campaign visit autismspeaks.org/signs.

About Autism
Autism is a general term used to describe a group of complex developmental brain disorders – autism spectrum disorders – caused by a combination of genes and environmental influences. These disorders are characterized, in varying degrees, by communication difficulties, social and behavioral challenges, and repetitive behaviors. An estimated 1 in 68 children in the U.S. is on the autism spectrum.

About Autism Speaks
Autism Speaks is the world’s leading autism science and advocacy organization. It is dedicated to funding research into the causes, prevention, treatments and a cure for autism; increasing awareness of autism spectrum disorders; and advocating for the needs of individuals with autism and their families. Autism Speaks was founded in February 2005 by Suzanne and Bob Wright, the grandparents of a child with autism. Mr. Wright is the former vice chairman of General Electric and chief executive officer of NBC and NBC Universal. Since its inception, Autism Speaks has committed more than $570 million to its mission, the majority in science and medical research. Each year, Walk Now for Autism Speaks events are held in nearly 100 cities across North America. On the global front, Autism Speaks has established partnerships in more than 70 countries on five continents to foster international research, services and awareness. To learn more about Autism Speaks, please visit AutismSpeaks.org.

About the Ad Council
The Ad Council has a rich history of marshaling volunteer talent from the advertising and media industries to deliver critical messages to the American public. Having produced literally thousands of PSA campaigns addressing the most pressing social issues of the day, the Ad Council has affected, and continues to effect, tremendous positive change by raising awareness, inspiring action and saving lives. To learn more about the Ad Council and its campaigns, visit www.adcouncil.org, like us on Facebook, follow us on Twitter or view our PSAs on YouTube.

About BBDO
BBDO’s mantra is “The Work. The Work. The Work.” Every day, BBDO people in 289 offices in 81 countries work day by day, job by job and client by client to create and deliver the world’s most compelling commercial content. For seven years in a row, BBDO has been the most creative agency network in the world in The Gunn Report and for the past six years, BBDO has also been ranked the most awarded agency network across all marketing communications in The Directory Big Won. In addition, BBDO has been named Network of the Year at Cannes five times and was named the world’s most Effective Agency Network in the inaugural Effie Effectiveness Index. BBDO has been chosen Agency of the Year multiple times by the leading industry trade publications.