Digitized records detail the brave service of more than 29,000 Canadian soldiers killed in action in WWII

CNW, TORONTO (November 5, 2015)
As Canada prepares to pay tribute to the men and women who have fought and died for our country this Remembrance weekend, Ancestry, the world’s largest online family history resource, has launched a key collection of detailed records pertaining to fallen soldiers from the Second World War. 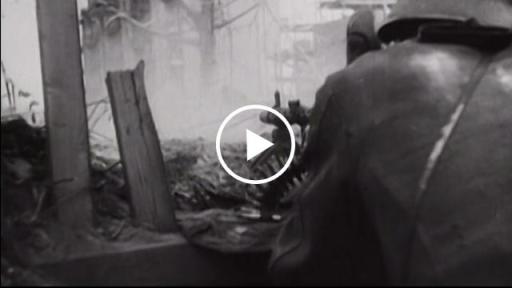 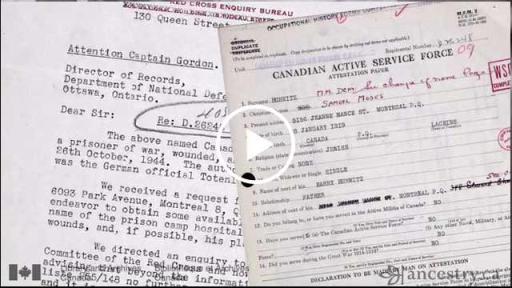 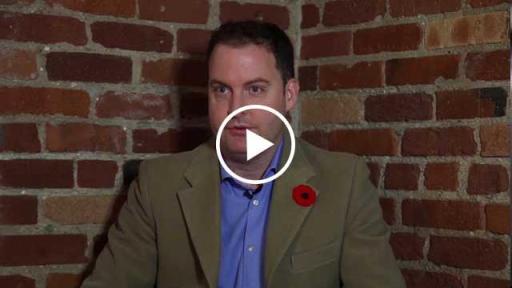 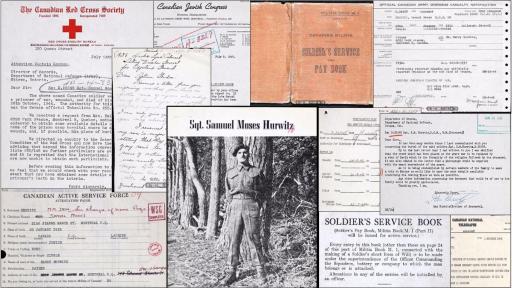 The WWII Service Files of War Dead, 1939-1947 collection contains over 29,000 records of Canadian military personnel killed in action during the conflict. The collection, consisting of more than two million images, includes a variety of different documents for each soldier. From attestation papers, to medical history forms and even correspondence to family members back in Canada, this collection can help tell a more in-depth story of what these war heroes were like during their time in conflict.

Each service file contains an average of 52 pages of personal information.

The records, digitized and archived by Ancestry, were originally compiled by Library and Archives Canada as part of the Canadian school curriculum, and will be available to search for free online from November 6 to November 11, along with Ancestry’s entire collection of military records - which includes more than 4.4 million records pertaining to Canada alone.

“The most incredible part about this new collection is the sheer amount of detail revealed about these individuals. Records of promotions or tributes written by comrades help bring to light the true heroism of these soldiers during an incredibly terrifying time, and will undoubtedly instill pride among living relatives of these brave souls today,” says Kevin James, PhD, Professor, Department of History at University of Guelph. “The other benefit of this collection is that it can help shed light on what life in Canada was like during the war. From hand-written letters, to telegraphs informing Canadians at home that a family member was missing in action, these records provide fascinating insight into the life and times of the WWII era.”

The incredibly detailed collection helps to paint a clearer picture of some of Canada’s most heroic soldiers who served and tragically perished in the Second World War, including:

“Ancestry hosts millions of military records online, but what’s unique about this collection is that it provides intimate details about ancestors in very recent history. This means the likelihood of younger Canadians with a direct connection to the Second World War is much greater than any military collection we’ve released before,” says Lesley Anderson, family historian and content specialist for Ancestry. “I hope this inspires a new generation to research their grandparents, great uncles or aunts who fought and died to make Canada what it is today.”

ABOUT ANCESTRY.CA
Ancestry.ca was launched in January 2006 and is part of Ancestry.com, the world's largest online family history resource with more than 2 million subscribers across all its websites. More than 16 billion records have been added to the Ancestry.com sites and users have created more than 70 million family trees containing more than 6 billion profiles. In addition to its flagship site www.ancestry.com, the company operates several global Ancestry international websites along with a suite of online family history brands, including Archives.com, Fold3.com, Newspapers.com, and offers the AncestryDNA product, sold by its subsidiary, Ancestry.com DNA, LLC, all of which are designed to empower people to discover, preserve and share their family history.