PR Newswire, NEW YORK, November 13, 2015
As part of their ongoing Stop the Texts. Stop the Wrecks. Texting and Driving Prevention campaign, the Ad Council and the U.S. Department of Transportation’s National Highway Traffic Safety Administration (NHTSA) are partnering with YouTube creator and actress Meg DeAngelis to raise awareness of this dangerous behavior. The collaboration also coincides with the release of new television campaign public service advertisements (PSAs) and the launch of Project Yellow Light, a national video contest and scholarship program that aims to educate young drivers on and generate engagement around this issue.

Meg is joining the effort as part of the Ad Council’s Creators for Good program by distributing new exclusive video content to her almost four million subscribers on YouTube. The video amplifies the campaign message, showing drivers that no matter how “safely” they think they can drive while doing other things, distracted driving is always dangerous. Created as an advice video, Meg runs through “10 Everyday Things You’re Doing Wrong” - from putting in bobby pins to folding your clothes - and ends with a serious message to her fans about the dangers of texting and driving.

“Texting and driving is such a serious issue, so I'm really proud to be a voice of this important campaign,” said DeAngelis. “I want all of my viewers to stay safe, so I hope that together, we can spread the word on the dangers of distracted driving.” 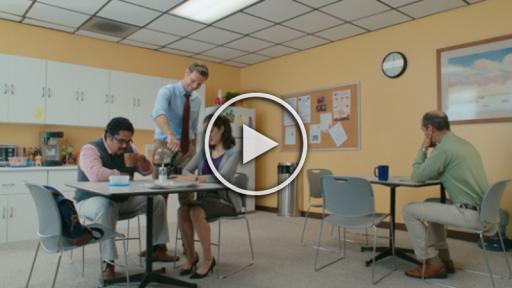 Meg DeAngelis for Stop the Texts, Stop the Wrecks 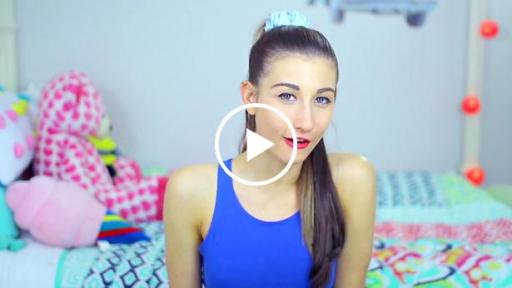 Social Graphic: No Selfies On The Road 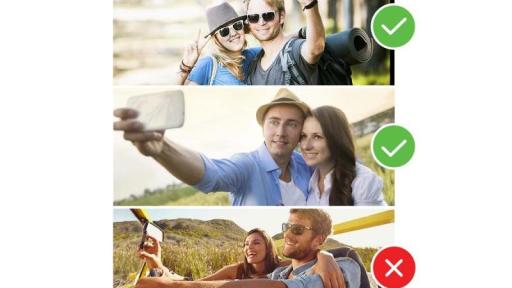 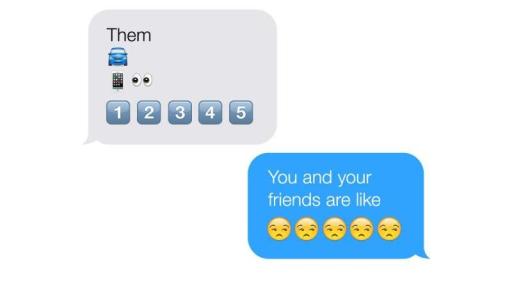 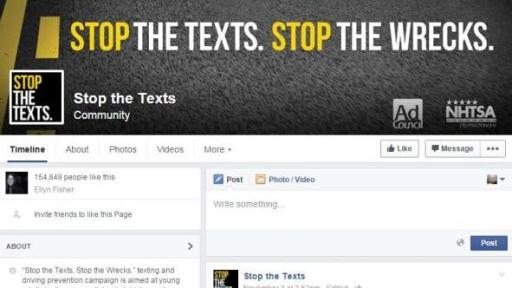 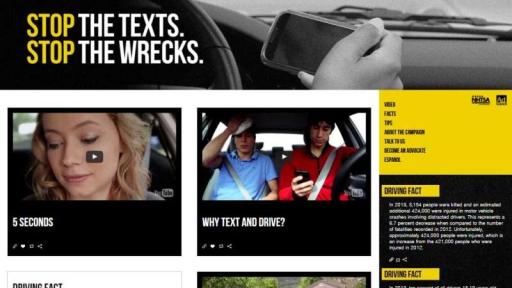 In 2013, 3,154 people were killed and an estimated additional 424,000 were injured in motor vehicle crashes involving distracted drivers. Distracted driving is very dangerous, and teens are some of the worst offenders. According to a report from the National Highway Traffic Safety Administration, 15 percent of drivers between 15 and 18 were distracted by the use of cell phones while driving.

As part of her collaboration with the campaign, Meg will also be lending her expertise as a judge for Project Yellow Light, an annual contest and scholarship program. The national competition was established by Julie Garner of the Martin Agency in memory of her teenage son Hunter, who was killed in a fatal car crash. The contest calls on students to submit original short videos designed to encourage their peers to embrace safe driving habits and not be distracted. Recognizing the power of the peer-produced content in changing attitudes and behaviors around texting and driving, each year the Ad Council turns the winning videos into PSAs for distribution to their national network of more than 1,600 TV stations.

“We’re more focused and determined than ever to spread the word to our youngest drivers of the dangers of distracted driving,” said Julie Garner, co-founder of Project Yellow Light. “With each year, the students’ films get better and their messages stronger. We can’t wait to see what the coming year has in store.”

“One of the most powerful tools we have in saving teen lives is the influence of fellow teens,” said NHTSA Administrator Mark Rosekind. “Modeling good behavior and encouraging teens to speak up when their peers engage in risky behavior are all ways we can stop the texts and stop the wrecks.”

“Project Yellow Light has been so successful in its peer-to-peer approach of engaging creative young adults around the issue of texting and driving,” said Lisa Sherman, President and CEO of the Ad Council. “YouTube is another powerful peer-to-peer engagement tool; Meg DeAngelis’s fans see her as a trusted friend, and we hope that this will help them to realize that texting and driving isn’t acceptable.”

Since launching in 2007, Project Yellow Light has garnered widespread support from partners including NHTSA, the Ad Council, the National Organizations for Youth Safety (NOYS), Mazda Motorsports and U-Haul. Joining Meg on the judging panel will be recording artist and songwriter Aloe Blacc, renowned filmmaker and social activist, Kweku Mandela, President of Sparkling Brands and Strategic Marketing at Coca Cola, Wendy Clark, Co-Chairman of Goodby Silverstein & Partners, Jeff Goodby, and Chief Creative Officer at Pereira & O’Dell, PJ Pereira. The contest awards scholarship prizes in two categories: high school and college. Last year’s high school winner was Marlowe Lexvold of Minnesota for his “No One Should Text” video, and the college grand prize was awarded to brothers Sam and Wrenn Senser from Nebraska, whose “It’s Not Safe” video was shown several times at the Virginia Film Festival in Charlottesville, VA, this past weekend. First place winners receive a $5,000 scholarship, with second-place finishers receiving $2,000 and third-place finishers receiving $1,000. Scholarships are made possible by the generosity of Mazda Motorsports and U-Haul.

The Ad Council has also just released new English and Spanish language television PSAs developed pro bono by ad agency Pereira & O’Dell. The PSAs remind people that the kind of overconfidence displayed by those who text and drive is selfish and dangerous, and that no one is special enough to text and drive. The creative directs viewers to the campaign’s new Tumblr site StopTextsStopWrecks.org for more information, and tips on how to stop texting and driving. The new strategy will be supported with shareable graphics and content across the campaign’s social channels on Facebook, Twitter and Instagram (@StopTheTexts), with radio, outdoor and web assets released in the coming weeks. The PSAs will run in advertising time and space entirely donated by the media, per the Ad Council’s model.

“We've learned from previous distracted driving PSAs that texting and driving and can cause serious accidents so we are focusing on how socially unacceptable and despicable this behavior is,” said PJ Pereira, CCO & Co-Founder of Pereira & O'Dell.“You could be the nicest person on the planet but once you text and drive you should feel pressure all around you and be judged negatively by your peers.”

The Ad Council and NHTSA have been working together to address distracted driving among teens since 2012. To date, the Stop the Texts. Stop the Wrecks. campaign has received more than $192 million in donated media support and the campaign has garnered more than 708,000 visits to the website stoptextsstopwrecks.org.

The call for the 9th annual Project Yellow Light submissions began on October 31, 2015, and the program will be accepting applications through April 1, 2016. For more details on timing, judging criteria and a full list of rules and regulations, visit projectyellowlight.com.

About The Ad Council
The Ad Council is a private, non-profit organization with a rich history of marshaling volunteer talent from the advertising and media industries to deliver critical messages to the American public. Having produced literally thousands of PSA campaigns addressing the most pressing social issues of the day, the Ad Council has affected, and continues to affect, tremendous positive change by raising awareness, inspiring action and saving lives. To learn more about the Ad Council and its campaigns, visit adcouncil.org, like us on Facebook, follow us on Twitter or view our PSAs on YouTube.

About NHTSA
For more than four decades, the National Highway Traffic Safety Administration (NHTSA) has served as the key federal agency charged with improving safety on our nation’s roadways. As part of the U.S. Department of Transportation, NHTSA is working to reduce traffic-related deaths and injuries by promoting the use of safety belts and child safety seats; helping states and local communities address the threat of drunk drivers; regulating safety standards and investigating safety defects in motor vehicles; establishing and enforcing fuel economy standards; conducting research on driver behavior and traffic safety; and providing consumer information on issues ranging from child passenger safety to impaired driving. For more information visit nhtsa.gov.

Project Yellow Light
Project Yellow Light is a film competition for high school juniors and seniors and college students designed to create compelling video stories that convince their peers to develop safe driving habits. The project was created by Julie, Lowell and Alex Garner in memory of their son/brother, Hunter who died tragically in a car crash in 2007. Each year the winner of the film competition receives The Hunter Garner Scholarship. Project Yellow Light/Hunter Garner Scholarship is a non-profit organization that began in Hunter’s school, Riverbend High in Fredericksburg, VA, with aspirations to inspire and motivate youth all over America. The program is designed to give young adults a voice and a role in reversing the number of car crashes — the number one killer of teenagers and young adults in the U.S.