DUBAI - 12 November 2015 - Dubai Airports launched its revolutionary new initiative musicDXB in fine style yesterday as ‘Britain’s Got Talent’ finalists and the UK’s new swing kings Jack Pack lit up the world’s largest stage for the first time during a 30-minute pop up concert that entertained and engaged passengers at the world’s #1 international airport Dubai International (DXB).

“We’ve played in some exciting and unique venues, including last night at the Airshow Gala Dinner, but our DXB experience stands out,” said Jack Pack’s Andrew Bourn. “It is an innovative idea, a funky setting and a great platform for musicians the world over to showcase their work to a truly global audience.”

musicDXB sets a new standard for global travel by creating a platform which targets a multi-cultural and cosmopolitan audience of more than 79 million music lovers who pass through the world’s busiest international airport every year.  musicDXB will feature performances from global superstars, the hottest emerging international acts and up-and-coming local artists to entertain and engage passengers passing through Dubai International.

Fans who don’t manage to catch the acts live in the airport will be able to enjoy highlights on Dubai Airports’ social media platforms. Dubai Airports was recognized by Facebook for having created the “largest airport community on Facebook” in a presentation made to His Highness Sheikh Ahmed bin Saeed Al Maktoum, President of Dubai Civil Aviation Authority, Chairman of Dubai Airports, Chairman of Dubai Duty Free and Chairman and Chief Executive of Emirates Airline and Group at the Dubai Airshow gala dinner on November 10 by Managing Director MENA Region for Facebook/Instagram, Jonathan Labin. Dubai International’s Facebook page is connected to some 1.5 million fans around the globe.

Dubai Airports’ CEO Paul Griffiths said,“We are thrilled to have launched musicDXB in such fine fashion with Jack Pack. And the celebration of music has only just begun. Over the next eight weeks we will be showcasing some of the UAE’s top musical talent. We are also extending an invitation to musicians the world over. If you want to play on our stage, if you believe you have what it takes to stand out and entertain a growing global audience, we want to hear from you!”

Musicians, who are travelling to or through Dubai in January and beyond, are invited to email musicDXB@dubaiairports.ae and supply links to samples of their work, travel dates and a short testimonial as to why they want to participate in musicDXB.

Local event management and music promotion firm Done Events will partner with Dubai Airports to manage talent selection and the production of in-airport concerts conducted under the musicDXB banner. 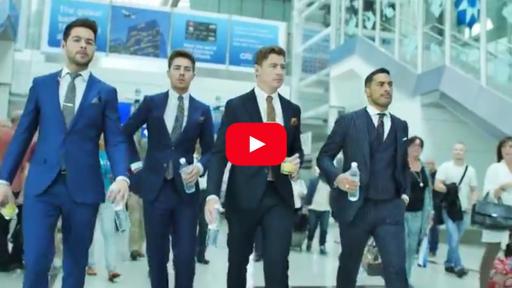 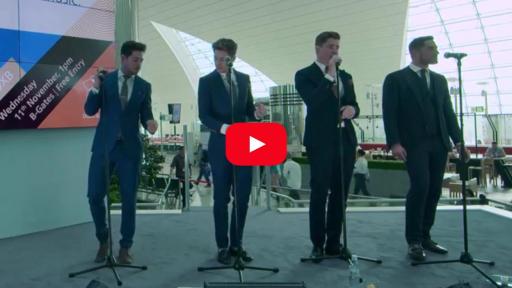 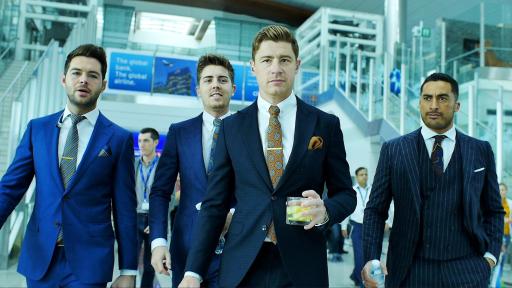 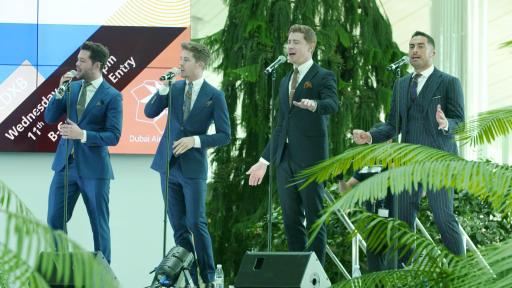 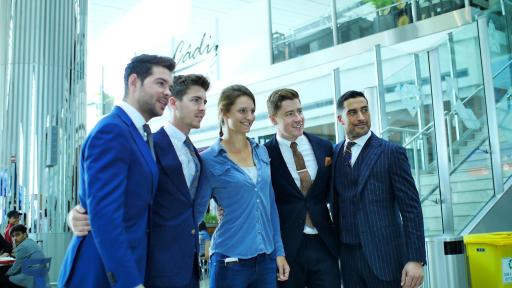 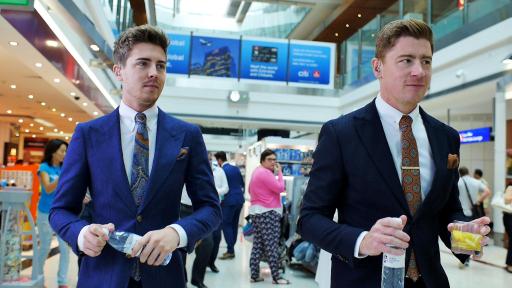 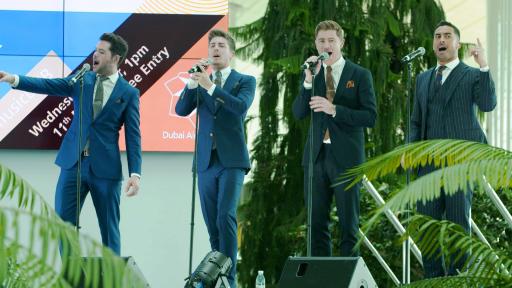