“I come from a farming background so I understand the hard work and passion it takes for farmers to feed America and feed the world,” Bryan said. “That’s why I’m proud to join my friends at Bayer in thanking farmers for everything they do by saying, ‘Here’s To The Farmer.’ ”

Bryan, the son of a peanut farmer from Georgia, launched his annual Farm Tour in 2009 as a way to highlight and celebrate the contributions of America’s farmers. Bayer, a world leader in innovation and agriculture, is the title sponsor of the tour for the third consecutive year and will highlight its Here’s To The Farmer campaign which asks fans to share #HeresToTheFarmer online to show their gratitude to America’s farmers. For every share, Bayer will donate a meal* to someone in need through Feeding America®.

“Last year, Bayer and Luke donated 500,000 meals. With the help of Luke’s fans across the country sharing #HeresToTheFarmer, I know we’ll be able to reach our new goal of donating 1 million meals to fight hunger right here in America,” said Ray Kerins, Senior Vice President of Corporate Affairs for Bayer.

Bayer’s Here’s To The Farmer campaign will also help tackle hunger locally by donating more than $10,000 to area food banks, and by honoring a local farmer on stage with Bryan at each location. 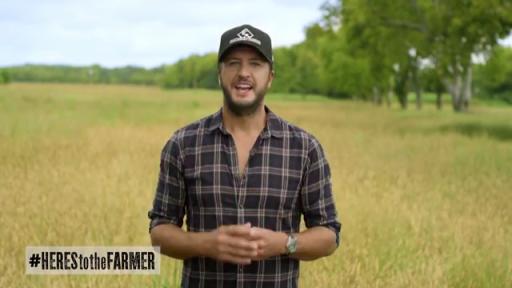 Bayer and Luke Bryan Here’s To The Farmer Campaign 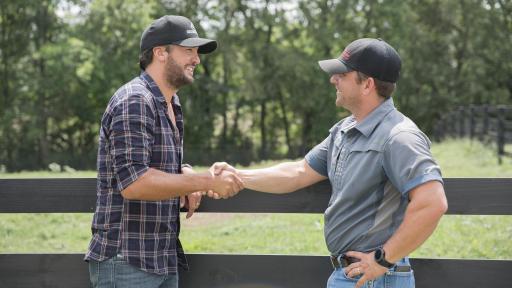 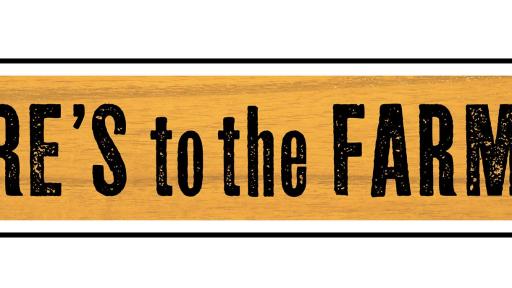 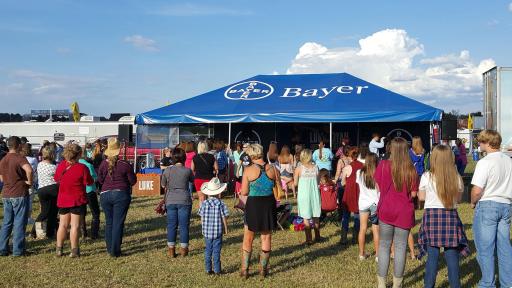 “America’s farmers work tremendously hard to give all of us safe, affordable and nutritious food. What better way to show our appreciation to them than by providing some great country music and raising a glass with Luke Bryan to say, ‘Here’s To The Farmer,’ ” Kerins said.

To learn more about Bayer’s Here’s To The Farmer campaign visit www.herestothefarmer.com.

For details on show locations and tickets, visit www.lukebryan.com/farmtour.
* $1 helps provide 11 meals secured by Feeding America on behalf of local member food banks. Bayer provided the financial equivalent of 1,000,000 meals in conjunction with the promotion from 09/21/2017 to 10/31/2017.

About Luke Bryan
Country music superstar Luke Bryan is a two-time Academy of Country Music and Country Music Association Entertainer of the Year and has hosted the ACM Awards for five consecutive years. Since the debut of his first album in 2007 he has placed 18 singles at No.1, sold over 10 Million albums, sold more than 40 million tracks with three Billion music streams.

Luke’s concert tours have consistently sold out shows across North America including many NFL Stadiums like the Patriot’s Gillette Stadium where he played back-to-back sold out concerts last summer. Luke has also sold out Chicago’s Soldier Field, Cleveland’s First Energy Stadium, the AT&T Stadium in Dallas, Denver’s Sports Authority Field at Mile High, Ford Field in Detroit, home of the Vikings at US Bank Stadium in Minneapolis, Lincoln Financial Field in Philadelphia, Pittsburgh’s Heinz Field, and Levi Stadium in San Francisco. In the last three years, Luke has performed to nearly five Million fans on tour.

For a one-stop shop for everything Luke Bryan, his community of fans have unparalleled access to his life through Luke Bryan’s official App. Launched in June 2015 in partnership with Disciple Media, the app offers everything from exclusive live streams to updates from the road, competitions to video premieres, exclusive merchandise and more. The App is available now on the Apple App Store and Google Play.

Bayer: Science For A Better Life

Bayer is a global enterprise with core competencies in the Life Science fields of health care and agriculture. Its products and services are designed to benefit people and improve their quality of life. At the same time, the Group aims to create value through innovation, growth and high earning power. Bayer is committed to the principles of sustainable development and to its social and ethical responsibilities as a corporate citizen. In fiscal 2016, the Group employed around 115,200 people and had sales of EUR 46.8 billion. Capital expenditures amounted to EUR 2.6 billion, R&D expenses to EUR 4.7 billion. These figures include those for the high-tech polymers business, which was floated on the stock market as an independent company named Covestro on October 6, 2015. For more information, go to www.bayer.us.