Golden Gopher Rocketeers will be recognized during Big Ten Championship Game on Dec. 2

HOUSTON, November 8, 2017 – A triumphant team of student rocketeers from the University of Minnesota have blasted their way into history by winning the Bayer-Big Ten Alka-Rocket Challenge and capturing a place in the annals of GUINNESS WORLD RECORDS.

Created by Bayer, the Challenge is an out-of-this-world competition to design and launch an Alka-Rocket that sets the GUINNESS WORLD RECORDS title for the Highest launch of an Alka- Rocket.* Alka-Rockets are model rockets often built using a 35mm canister propelled by the chemical reaction that occurs when effervescent tablets are mixed with water. 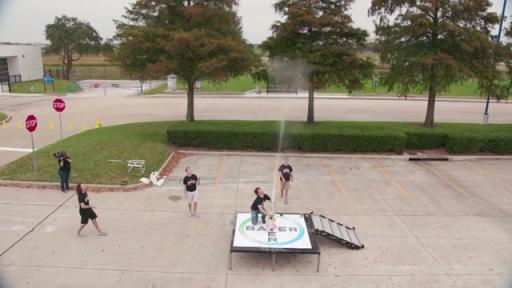 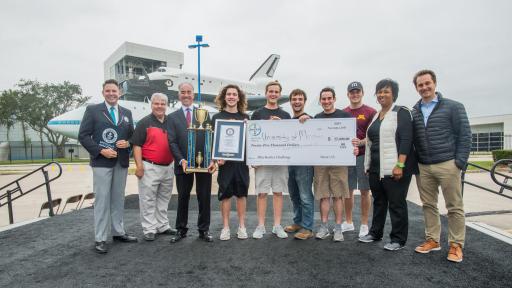 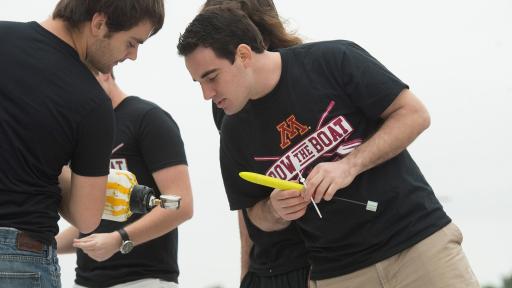 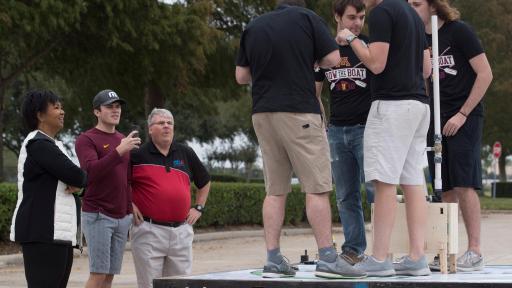 In addition to a GUINNESS WORLD RECORDS title, the winners take home a cash prize of $25,000. On Dec. 2, the rocketeers will be recognized on the field of Lucas Oil Stadium in Indianapolis during the Big Ten Championship Game.

“The Challenge has been a blast to be a part of,” said Dr. Mae Jemison, former astronaut, engineer and science education leader. “My fellow judges and I were very impressed with the modeling, testing and ingenuity the college finalists teams demonstrated in the design and launching of their Alka-Rockets. We will certainly be looking to them to build the next advances in science and engineering in the years to come.”

“We’re certain that all of the competitors will go on to make their mark in science, engineering and innovation – areas that are critical for our country’s success in the century ahead,” she added.

Bayer created the Challenge and partnered with the Big Ten to generate awareness about the country’s need for more scientists, engineers and innovators. Bayer has a longstanding commitment to science literacy and STEM (Science, Technology, Engineering and Mathematics) education. In addition to dominating all athletic conferences, Big Ten universities lead the nation in completion of PhDs in Mathematics, Engineering and Science.

“Bayer’s partnership with the Big Ten has enabled us to make the Alka-Rocket Challenge exactly what we envisioned – an opportunity to have a blast while conveying the importance of science literacy and STEM education,” said Raymond F. Kerins Jr., Senior Vice President of Corporate Affairs for Bayer. “We congratulate the University of Minnesota and look forward to recognizing their accomplishment at the Big Ten Championship Game next month.”

Alka-Rockets are often used in American science classes to demonstrate principles of chemistry and physics. For more than a quarter century, Alka-Rockets have been a staple experiment in Bayer’s Making Science Make Sense® (MSMS) award-winning science literacy initiative in the United States.

*The official title recognized and recorded by GUINNESS WORLD RECORDS is Highest launch of an effervescent tablet.

Bayer: Science For A Better Life
Bayer is a global enterprise with core competencies in the Life Science fields of health care and agriculture. Its products and services are designed to benefit people and improve their quality of life. At the same time, the Group aims to create value through innovation, growth and high earning power. Bayer is committed to the principles of sustainable development and to its social and ethical responsibilities as a corporate citizen. In fiscal 2016, the Group employed around 115,200 people and had sales of EUR 46.8 billion. Capital expenditures amounted to EUR 2.6 billion, R&D expenses to EUR 4.7 billion. These figures include those for the high-tech polymers business, which was floated on the stock market as an independent company named Covestro on October 6, 2015. For more information, go to www.bayer.us.

About the Big Ten Conference
The Big Ten Conference is an association of world-class universities whose member institutions share a common mission of research, graduate, professional and undergraduate teaching and public service. Founded in 1896, the Big Ten has sustained a comprehensive set of shared practices and policies that enforce the priority of academics in the lives of students competing in intercollegiate athletics and emphasize the values of integrity, fairness and competitiveness. The broad-based programs of the 14 Big Ten institutions will provide over $200 million in direct financial support to more than 9,500 students for more than 11,000 participation opportunities on 350 teams in 42 different sports. The Big Ten sponsors 28 official conference sports, 14 for men and 14 for women, including the addition of men’s ice hockey and men’s and women’s lacrosse since 2013. For more information, visit www.bigten.org.