St. Jude Red Frog Events Proton Therapy Center provides one of the most advanced radiation technologies yet for treatment of pediatric cancer

Patients are now being treated at the center using precisely delivered, high-energy particles called protons to kill or shrink tumors while minimizing damage to healthy tissue and organs. For patients with brain tumors and certain other cancers, research suggests proton beam therapy may be more effective than conventional radiation at preventing the growth and spread of tumors while reducing the risk of treatment-related side effects. 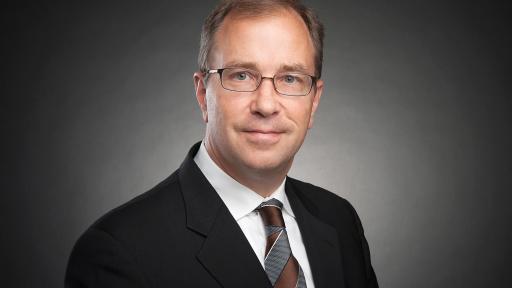 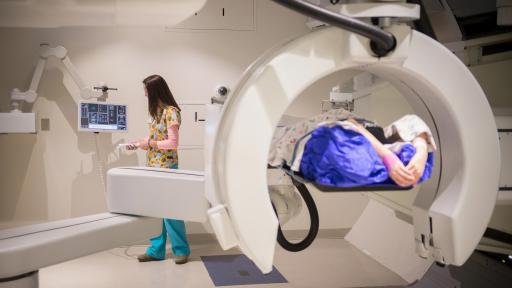 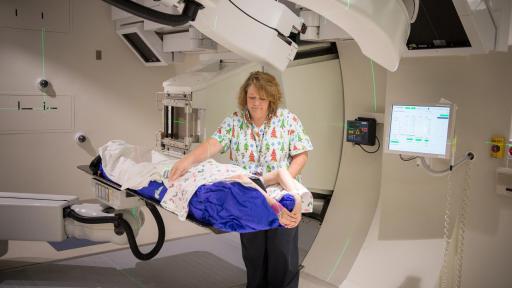 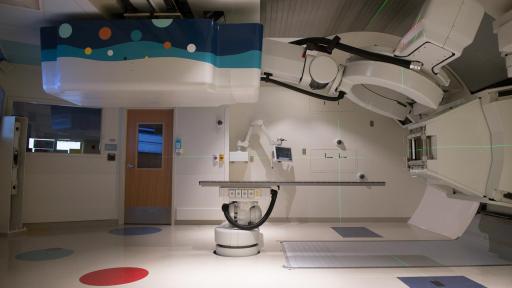 “St. Jude researchers first used radiation therapy to turn the tide against pediatric cancer decades ago and have continued to help define its optimal use in treatment,” said James R. Downing, M.D., St. Jude president and chief executive officer. “The opening of the St. Jude Red Frog Events Proton Therapy Center marks the next chapter of radiation therapy at St. Jude—one that I believe will be another milestone moment in our fight against pediatric cancer.”

The $90-million center includes the linear accelerator, a synchrotron, a three-story rotating gantry, powerful magnets and other equipment necessary to generate and deliver high-energy protons to tumors using small, carefully calibrated beams. The beams, which may include protons traveling at almost two-thirds the speed of light, are measured in millimeters. The system features advanced imaging technology, including cone-beam CT to provide a 3-D image of the patient’s anatomy to achieve precise positioning for treatment. The depth and intensity of the proton beam is guided by advanced control systems to conform to the shape of the tumor. The U.S. Food and Drug Administration cleared the features unique to the St. Jude proton therapy system November 2, 2015.

“Since we heard about St. Jude Children’s Research Hospital’s plans for the proton therapy center and the remarkable patient outcomes it could provide, we knew we wanted to make an impact in a big way,” says Ryan Kunkel, co-CEO of Red Frog Events. “This revolutionary center will change the lives of so many families and young patients, and we couldn’t be more proud to stand here today and be part of this.”

The center is located in the Kay Research and Care Center, which opened earlier this year and also houses a state-of-the-art surgery and intensive care unit, the Marlo Thomas Center for Global Education and Collaboration, and other facilities. The center is named in honor of Red Frog Events. In 2013 the company’s co-CEOs, Kunkel and Joe Reynolds, pledged to raise $25 million to bring proton beam therapy to the hospital’s campus.

“The generosity of our friends at Red Frog is truly inspiring and life changing,” said Richard C. Shadyac Jr., president and chief executive officer of ALSAC, the fundraising and awareness organization for St. Jude. “Every family that benefits from cutting-edge treatment in this one-of-a-kind center will know that it is due to the compassion and dedication of the Red Frog Events family and all their incredible supporters. All of us at St Jude are profoundly grateful.”

Since 2009, St. Jude patients have traveled to Florida to received proton therapy at the University of Florida Proton Therapy Institute in Jacksonville, Fla., as part of a clinical research collaboration.

St. Jude officials plan to gradually increase the number of children treated at the newly opened center. Along with brain tumors, proton therapy is used to treat Hodgkin lymphoma and such solid tumors as Ewing sarcoma, rhabdomyosarcoma, neuroblastoma and retinoblastoma. By 2018, officials anticipate 80 percent of children receiving radiation therapy at St. Jude will receive proton beam therapy. The remaining patients will receive photon radiation therapy, which uses X-rays rather than protons for cancer treatment.

St. Jude and other researchers have made significant progress in delivering photon radiation in a more targeted manner, but X-rays travel through the body, affecting healthy tissue in the path. In contrast, the high-energy particles used in proton therapy stop at the tumor. The center’s proton beam technology features spot or pencil beam scanning that doctors can use to “paint” the radiation dose on tumors, spot by spot and layer by layer.

“Proton therapy is the next logical step for St. Jude, which is a leader in radiation oncology technology and has helped to maximize the impact of photon radiation therapy,” said Thomas Merchant, D.O., Ph.D., chair of the St. Jude Department of Radiation Oncology. “Proton therapy is an evolution in delivery of focused radiation therapy that allows us to deliver the highest possible dose to tumors while limiting damage to surrounding tissue.” Larry Kun, M.D, St. Jude clinical director and executive vice president, added: “The center will speed the further integration of proton beam therapy into our clinical research program.”

In designing the center, Merchant and other St. Jude researchers worked closely with Hitachi Ltd., the company that produced the hospital’s proton beam system. The system includes a compact design with a footprint that is about 40 percent smaller than conventional proton beam therapy systems.

St. Jude Children’s Research Hospital
St. Jude Children’s Research Hospital® is leading the way the world understands, treats and cures childhood cancer and other life-threatening diseases. It is the only National Cancer Institute-designated Comprehensive Cancer Center devoted solely to children. Treatments developed at St. Jude have helped push the overall childhood cancer survival rate from 20 percent to 80 percent since the hospital opened more than 50 years ago. St. Jude freely shares the breakthroughs it makes, and every child saved at St. Jude means doctors and scientists worldwide can use that knowledge to save thousands more children. Families never receive a bill from St. Jude for treatment, travel, housing and food—because all a family should worry about is helping their child live. To learn more, visit stjude.org or follow St. Jude at @stjuderesearch.

Red Frog Events
Red Frog Events is an event production company and pioneer of the experiential entertainment industry, recognized for its award-winning company culture. Since 2007, the company has developed innovative brands including the Warrior Dash obstacle race series, Firefly Music Festival, and Chicago Beer Classic. Red Frog also provides event services ranging from food and beverage to its ticketing platform, EventSprout. Red Frog has been named one of Forbes’ “Most Promising Companies in America”, has appeared consecutively on Inc. Magazine’s “Fastest Growing Companies” list, and was recognized on Chicago Tribune’s “Top Workplaces” from 2011-2014, among other honors. In recognition of its philanthropic efforts, the company was selected as St. Jude Children’s Research Hospital’s “Corporate Partner of the Year” and to date has raised over $12.5 million of a $25 million dollar fundraising commitment. Visit RedFrogEvents.com for more information.