“We’d rather die on our feet then keep a-living on our knees” lyrics from Say It Loud, I’m Black and I’m Proud, James Brown, 1968

“Segregation, determination, demonstration, integration, aggravation, humiliation, obligation to our nation… Ball of confusion, that’s what the world is today” lyrics from Ball of Confusion, The Temptations, 1970

PR Newswire, December 31, 2015, WASHINGTON
These popular songs tell of the national ferment and shift in consciousness, often spurred by federal policy, for which the nation’s capital was the epicenter during the early 1960s through the mid-70s. A dynamic new exhibition, “Twelve Years That Shook and Shaped Washington: 1963–1975,” provides an insider’s look at the District during this tumultuous period as the city sought to find its own voice amid national events. It is currently on view at the Smithsonian’s Anacostia Community Museum through Oct 23, 2016. 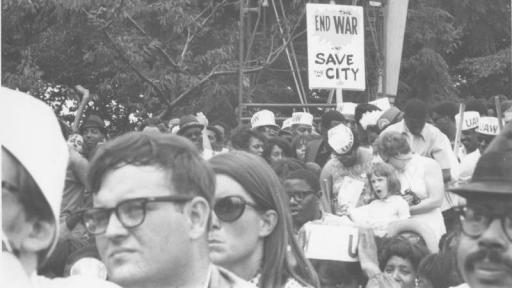 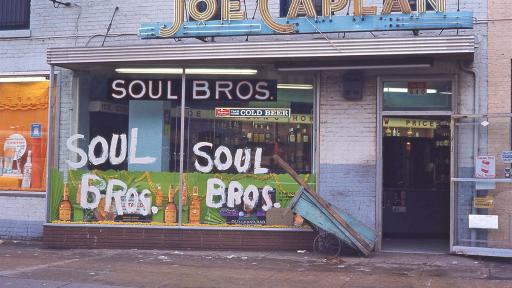 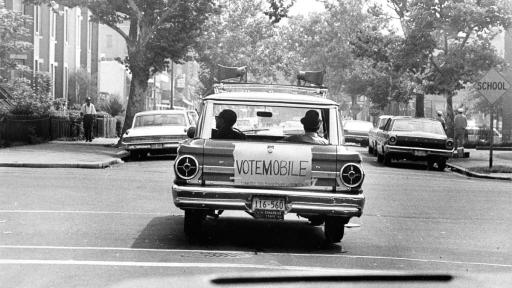 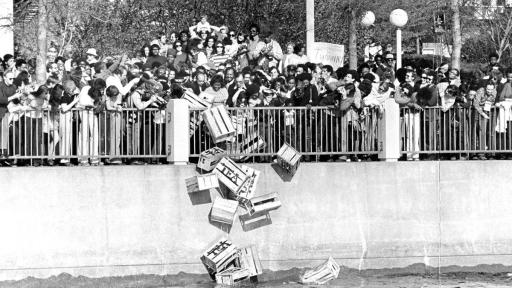 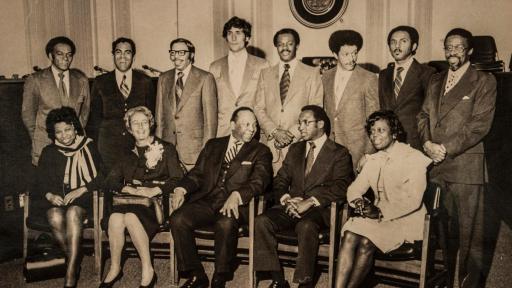 Gay Activists at the White House, 1965 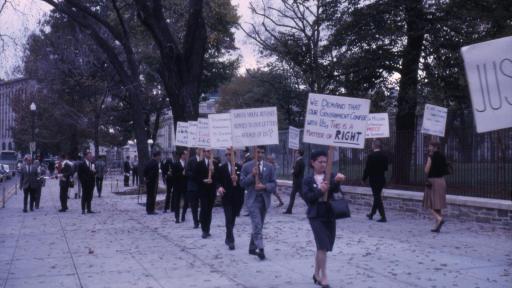 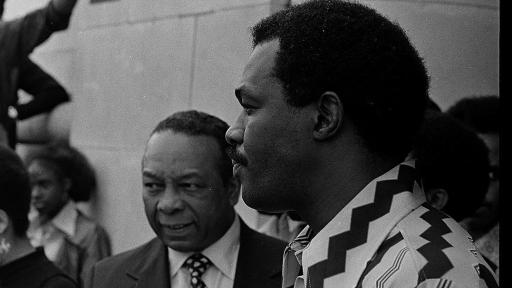 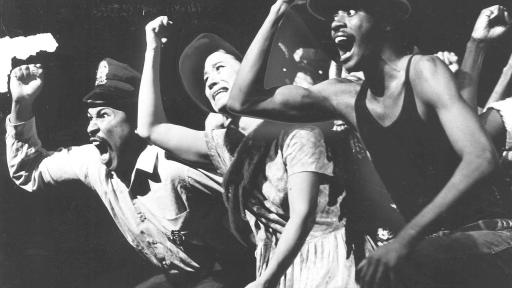 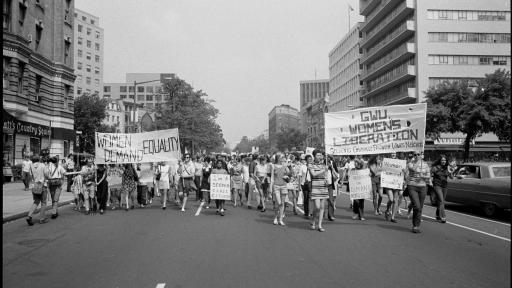 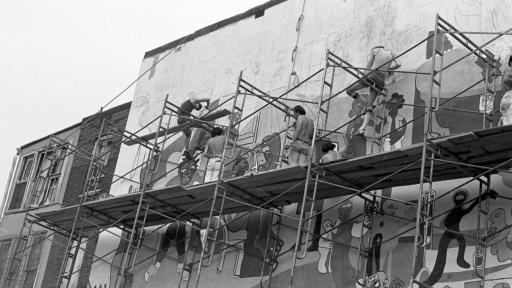 “Twelve Years” chronicles how the foundation for today’s Washington—a multiethnic, multiracial city with reviving communities, vibrant arts scene, major transportation system, lively political environment and a shortage of affordable housing and pockets of persistent unemployment—was laid during these transformative years leading up to the establishment of limited home rule.

“This exhibition offers an exciting opportunity to continue the work of documenting urban communities long undertaken by this museum,” said Camille Akeju, the museum’s director. “Looking back at the rapidly changing racial, political, cultural and built landscapes from that period in history and the resulting impact will hopefully provide guidance to Washingtonians as we find our city once again amid radical change.”

The exhibition opens with a timeline of key local milestones punctuated with several events of national import. The multiple sections that follow explore the broadening local arts, music, theater and media scene; the ambitious but fractious urban renewal effort; emerging higher-education institutions; and the expanding struggle for the rights of blacks, Latinos, women, gays, the poor and District residents fighting themselves for self-governance, all against the backdrop of the anti-war protests and President Lyndon B. Johnson “Great Society” policies.

With a majority African American population—the city was eventually nicknamed “Chocolate City” after a tribute song by the funk band Parliament—the District had become the nation’s largest city with leadership well-experienced in the civil rights struggle and grassroots empowerment politics. The District was the focal point of various national causes and protests against poverty, the Vietnam War and discrimination of all kinds.

Guest curators Marjorie Lightman and William Zeisel, directed by the late Portia James, the museum’s senior curator, offer significant retrospection and analyses of key local “change” events that impacted the District on all frontiers. A few of the events discussed that will be familiar to those who were city residents or visitors during this period include the redevelopment of southwest and forced exodus to Anacostia public housing; the building of the subway system Metro; the founding of two District public colleges, plus a law school providing attorneys for the poor; the discovery of Roberta Flack at Mr. Henry’s bar on Capitol Hill; the creation of the popular “Quiet Storm” on Howard University’s WHUR-FM radio station; and the affiliation of WAMU-FM radio and NPR precursor, Educational Radio Network.

National events and trends occurring locally such as the signing of the Voting Rights Act, long hair, Afros and dashikis, the Poor People’s March, anti-war protests and the March on Washington are also covered. But these events are discussed relative to important community-based social and cultural actions like Marion Barry’s co-founding  of Youth Pride Inc., official declaration of Hispanic Heritage Day, the establishment of the District’s first gay newspaper The Blade; the opening of the first abortion clinic in the city and the D.C. riots. New cultural expressions such as arena-style theater seating, the blending of African, modern and traditional dance, jazz in Georgetown and the abstract art of the Washington Color School reflect pervasive themes of black power, experimentation and openness.

The exhibition documents the slow but steady movement toward home rule as District residents obtain appointed representation and later the right to elect them. “Twelve Years” also includes historical images, autobiographical stories and interviews with current and former Washingtonians involved with or observers of events of significance to the era.

Other exhibition highlights include:

“Twelve Years” and its programs are funded in part by the Max and Victoria Dreyfus Foundation Inc., and the D.C. Commission on the Arts and Humanities.

About the Museum
Established in 1967, the Smithsonian’s Anacostia Community Museum focuses on examining the impact of contemporary social issues on urban communities. For more information, call (202) 633-4820; for tours, call (202) 633-4844. Website: anacostia.si.edu.

Note to editors: Images for publicity can be obtained directly from the multimedia gallery above. Also visit the museum website for the calendar of public programs associated with the exhibition.