From Politics & Passion to the Power of the Second Date, Match Reveals Singles’ Dating Habits, Sexual Preferences and Lifestyle Choices

PR Newswire, (Dallas, TX) Feb. 01, 2016
Match, the world’s largest relationship company, today released findings from its sixth annual Singles in Americastudy – the most comprehensive national study of American singles, based on the U.S. Census. This 2015 survey captures a vast array of data on this influential group: diverse, active and pace-setting American singles — including how best to get to the second date, their political views and sexual appetites, and their definition of an “ex.”  What does a Republican expect on a first date? How do you talk to the Democrat you just met? In this election year, the study also reveals the significant, yet subtle similarities and differences between single Republicans and Democrats—how they court, seek sex, love and commitment and their views on today’s hot-button issues. 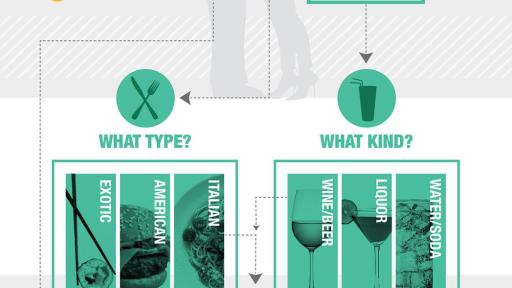 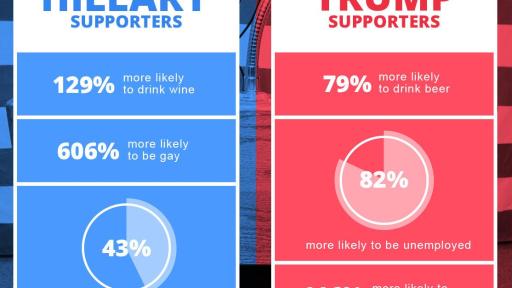 “With this cogent 2015 survey of single Americans, we are uncovering more and more of the shrouded attitudes and behaviors of this massive population,” says Dr. Helen Fisher, biological anthropologist and Chief Scientific Advisor to Match. “And the coming year is special: it’s political, and today’s singles have vivid opinions about what they will not tolerate in a leader.  Moreover, this year we focused on the crucial ‘second date,’ a vital courtship step that has been seriously understudied until now. This meticulous annual scientific study continues to reveal the pulse of the single’s psyche…and our basic human nature.”

Passion and Politics: Individuals who are passionate about political issues (regardless of their affiliation) have better sex, with 13% more orgasms; they are also 32% more likely to experience multiple orgasms. So, if he or she is passionate about the candidates at dinner, you can anticipate more passion in the bedroom, too!

Kiss & Tell: When it comes to kissing, older female singles chose Marco Rubio as the most kissable candidate (24%), while millennials are 94% more likely to want to kiss Bernie Sanders.

Trump & Dump: However, when it comes to “ghosting,” over a third of single women would choose to drop Donald Trump cold turkey after a first date.

THE SINGLE VOTE
Singles make up more than 1/3 of the U.S. adult population. Here’s where they fall on key issues...

The Political Single: 19% of singles identify as Republican, 40% as Democrat, 15% as Independent, 2% as Libertarians and 24% have no registered political affiliations. Less than 10% of singles have changed their party affiliation since 2012, and a partner had little influence on those who did change their affiliation.

First Impressions and Second Chances: 59% of men and women do not expect to feel chemistry until the second date, and over a third of singles don’t expect passion to erupt until the third date or later. However, 53% will go on a second date with someone for whom they do not yet feel any romantic chemistry—largely because 50% of singles believe that the person will “grow” on them.

Winning Conversations on the First Date
Politically Correct: Talking politics used to be a social faux pas, but no more.In fact, a good discussion on any political issue can boost your chances of a second date by 91%. 25% of singles say “not being registered to vote” is an instant deal-breaker, while 35% will not consider dating someone who “does not have an opinion on key political issues.”

What’s Off the Table: Past relationships are dating landmines, as only 14% of singles will discuss an ex on a first date. Asking about sex with an ex will decrease your second-date chances by 40%. You may not get an honest answer anyway, as a quarter of singles admit to lying about sex with past lovers.

Menus and Makeouts: Almost 75% of singles prefer American cuisine on a first dinner date. But if you want to take a risk, go for sushi; it will boost your chances of a second date by 170%. As forbeverages, singles’ drink of choice is soda and/or iced tea (29%). However, if you want to lock in a second date, order a cocktail (and skip the wine or beer), as this will increase your second-date chances by 137%. Additionally, 50% of men and women think only kissing is appropriate on a ‘good’ first date, while 44% say that a kiss is inappropriate no matter what the circumstances. Only 15% of men and 7% of women expect a “make-out session” on a first date, and only 6% of men and 1% of women expect to have sex.

Time of Day & How to Pay: Singles prefer to go on a date in the evening (60%), while only 22% prefer a date in the afternoon.  And Saturday is the best day of the week for a date (39%). Additionally, 50% of men and 36% of women agree that a man should pay on the first date. Men also expect a first date to cost $68.28 while women think $55.71 is the most appropriate price. Both sexes agree that a second date should cost a little more, but men expect the cost to be around $77 while women think $64 sounds about average.

EXES
Post-breakup behavior: Taking the ex out of sex, letting go and moving on

Taking the ex out of sex: Around 16% of singles have drunk-dialed an ex, with about half of those doing it two or fewer times. 32% of women have “creeped” on an ex through social media compared to 20% of men. An equal number of men and women have dreamed about sex with an ex (33%) and a quarter of singles have actually followed through.

Dating your friend’s ex?: Half of men and a quarter of women would date an ex’s friend, while about half of women and a third of men would be upset if a friend dated one of their exes. Additionally, half of men and 42% of women will stay friends with an ex.

“For the sixth year in a row, Singles in America has redefined what we know about dating and relationships,” says Mandy Ginsberg, CEO of Match Group North America. “Our most recent data shows that dating online increases your chances of going on a first and second date in 2016 by 150%. It’s clear that we’ve reached a tipping point where online dating isn’t just another way to meet people – it’s the smartest way to meet people.”

About Singles in America
Singles in America (SIA) was funded by Match and conducted by Research Now in association with renowned anthropologist Dr. Helen Fisher and evolutionary biologist Dr. Justin R. Garcia of The Kinsey Institute at Indiana University. The 2015 study is based on the attitudes and behaviors taken from a representative sample of 5,504 U.S. singles between the ages of 18 to 70+, and remains the most comprehensive annual survey of single Americans. For more information, visit www.SinglesinAmerica.com.