New York, NY, January 29, 2016
Three of the Internet’s most beloved pets are teaming up to help the millions of cats and dogs in shelters and rescue groups across the country find loving homes. Fashion icon Toast Meets World, globally recognized pianist Keyboard Cat and life of the party Hamilton Pug are lending their star power to “Start A Story. Adopt,” a new public service advertising (PSA) campaign from The Shelter Pet Project, a collaborative effort between Maddie’s Fund®, The Humane Society of the United States and the Ad Council. 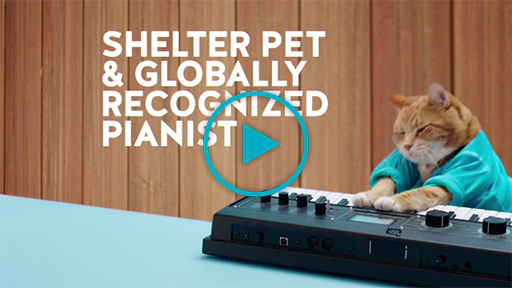 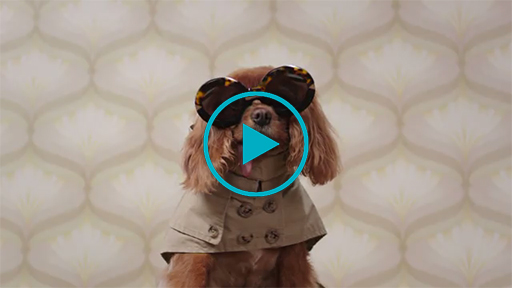 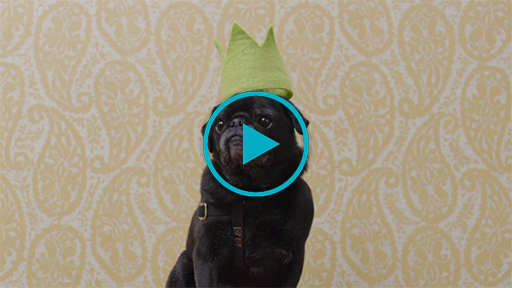 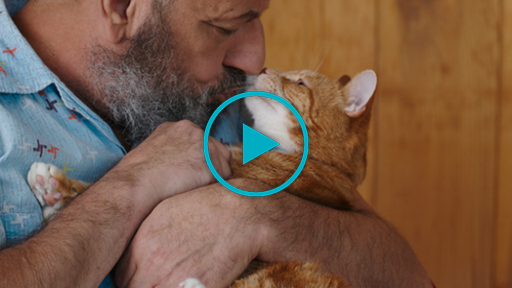 Toast Meets World, Keyboard Cat and Hamilton Pug receive millions of views, likes and shares on social media, but most people don’t know they were adopted. Created pro bono by J. Walter Thompson New York, these new PSAs share these pets’ unique stories, which all began in shelters and rescue groups, and highlight the special bonds between the pets and their families. Prospective owners are encouraged to visit TheShelterPetProject.org to learn more about the adoption process and search for adoptable pets at shelters and rescue groups near them. Adoption advocates are also encouraged to support the effort on social media by using the hashtag #StartAStoryAdopt to share stories of how their shelter pets changed their lives for the better and to encourage others to start their own stories by adopting an amazing shelter dog or cat today.

Wayne Pacelle, president and CEO of The HSUS said: “Millions of healthy, adoptable dogs and cats enter shelters across America each year and are just waiting for a special home. Unfortunately, many of those animals never find one. We hope Toast, Keyboard Cat and Hamilton Pug inspire people to support their local animal shelters and start their own stories by adopting a pet in need of a home.”

There is a common misconception that there is something wrong with shelter pets; however, the majority of these pets end up in shelters and rescue groups through no fault of their own. "Moving" and "landlord issues" are among the top reasons animals find themselves in shelters.

”This campaign comes at a watershed moment for homeless pets,” said Amy Zeifang of the Maddie’s Fund Executive Leadership Team. “Thanks to the increased popularity of shelter and rescue group pets, we’re close to reaching our goal of ending pet homelessness in the country. In fact, if every community in the United States would just adopt six more pets each month, every healthy and treatable shelter dog or cat in America would have a home.”

The TV, radio, print, outdoor and web PSAs will be distributed this week to national media and will air in donated time and space per the Ad Council’s model. Over the coming months, the campaign will continue to build awareness around the issue through an extensive social media campaign, which will include original and user-generated content encouraging people to share their shelter pet adoption stories. Through the Ad Council’s first partnership with CrowdTap, the campaign will also leverage the marketing platform’s extensive network of social media influencers to spread the word about shelter pet adoption and the new PSA campaign.

“J. Walter Thompson is proud to partner with The Shelter Pet Project and The Ad Council to champion the adoption of shelter pets,” said Gustavo Martinez, Worldwide Chairman & CEO of J. Walter Thompson Company. “By showcasing the wonderful success stories of our adopted celebrity pets and the happiness they bring to thousands of people each day, we hope that prospective owners can see the difference they can make and choose a shelter pet as their next companion.”

The Shelter Pet Project is the first national PSA campaign to bring together animal welfare organizations and shelters across the country with one unified goal – to increase pet adoption. Since launching in 2009, The Shelter Pet Project has received more than $272 million in donated media. In the past year alone, there have been more than 700,000 searches for adoptable pets on TheShelterPetProject.org.

“It’s heartbreaking that so many healthy and treatable pets are needlessly euthanized every year,” added Lisa Sherman, President and CEO of the Ad Council. “Pets can bring so much love and comfort to a family, and I urge those thinking about adopting to make shelters and rescue groups the first place they turn.”

About the Shelter Pet Project
The Shelter Pet Project is the first national PSA campaign created to bring together large animal welfare organizations, The Humane Society of the United States and Maddie's Fund, and shelters across the country for one unified goal—to increase pet adoption. Along with the Ad Council, these partners aim to break down stereotypes associated with shelter pets and make shelters and rescue groups the overwhelmingly obvious choice for obtaining a pet. To learn more visit TheShelterPetProject.org or follow The Shelter Pet Project on Facebook, Twitter, YouTube and Instagram.

About The Humane Society of the United States
The Humane Society of the United States is the nation’s largest animal protection organization, rated most effective by our peers. For 60 years, we have celebrated the protection of all animals and confronted all forms of cruelty. We are the nation’s largest provider of hands-on services for animals, caring for more than 100,000 animals each year, and we prevent cruelty to millions more through our advocacy campaigns. Read more about our 60 years of transformational change for animals, and visit us online at humanesociety.org.

About Maddie’s Fund®
Maddie’s Fund® (maddiesfund.org) is a family foundation founded in 1994 by Workday co-founder Dave Duffield and his wife, Cheryl, who have endowed the Foundation with more than $300 million. Since then, they have awarded more than $153 million in grants toward increased community lifesaving, shelter medicine education, and pet adoptions across the U.S. The Duffields named Maddie’s Fund after their Miniature Schnauzer Maddie, who always made them laugh and comforted them during stressful business times when Dave was launching a start-up company. Maddie was with Dave and Cheryl from 1987-1997 and continues to inspire them today.

About J. Walter Thompson Worldwide
J. Walter Thompson Worldwide, the world’s best-known marketing communications brand, has been creating pioneering solutions that build enduring brands and business for more than 150 years. Headquartered in New York, J. Walter Thompson is a true global network with more than 200 offices in over 90 countries, employing nearly 10,000 marketing professionals. The agency consistently ranks among the top networks in the world and continues to be a dominant presence in the industry by staying on the leading edge—from hiring the industry’s first female copywriter to developing award-winning branded content today. For more information, please visit www.jwt.com and follow us @JWT_Worldwide.

Connect with The Shelter Pet Project