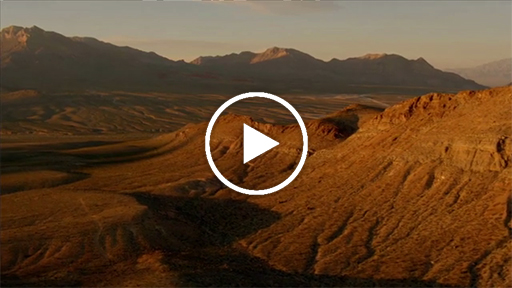 To create more than 600 geometric stone pieces for The Park – MGM Resorts’ immersive outdoor dining and entertainment district taking shape on The Strip’s west side – the company and !melk, a landscape architecture and urban design practice, scoured options far and wide. The team sought material that was not only environmentally appropriate, but would beautifully complement the surrounding desert landscape and add eye-catching detail for visitors when The Park opens April 4.

As it turns out, they found exactly what they were looking for just a stone’s throw away. About 30 miles south in the desert foothills, Las Vegas Rock mines the multi-hued meta-quartzite stones selected for the job. This vibrant rock – ranging in tone from fiery rusts and golds to burgundies and plums – has been crafted into some of The Park’s most integral design features.

Envisioned as an experiential eco-oasis mirroring the Mojave Desert’s striking natural beauty, The Park will be unlike anything ever constructed on the manmade marvel that is the Las Vegas Strip. In many ways The Park represents a return to the land for a city whose development history has traditionally stood in stark contrast to its native ecology.

As one of its most prolific building elements, Las Vegas Rock’s meta-quartzite measures up to The Park’s intricate sustainability standards in more ways than one.

Not only does utilizing this locally extracted stone minimize the construction phase’s carbon footprint, reducing the fossil fuel miles required for transportation to the project site, meta-quartzite’s vivid strata variations introduce colors characteristic of the Southwestern landscape to Las Vegas Boulevard. Reminiscent of some of Nevada’s most iconic natural landmarks, including Red Rock Canyon and Valley of Fire, meta-quartzite is a product of similar ancient geology that formed these locations during the Jurassic Period.

And despite Las Vegas’ reputation for harsh heat, The Park will offer a cooler and more comfortable atmosphere thanks to plenty of shade and the use of materials like meta-quartzite. Because of its porous physiology, meta-quartzite absorbs and dissipates heat, making it cooling to the touch – an ideal stone for constructing outdoor spaces in hot climates.

Among the pieces Las Vegas Rock will produce for The Park are giant, crystal-like planters to contain the native vegetation and flora that will bring the desert to bloom at the heart of The Strip. The geode-shaped planters also will offer inset seating for park goers to relax and enjoy their surroundings.

To harvest this stone from the mountain side, Las Vegas Rock carves the red meta-quartzite from the mountain quarry in large blocks. The rough pieces are then hauled to the base of the hill and on to the processing facility for the next steps.

The entire process is a mindful one. The first and only natural stone manufacturer to have achieved the US Green Building Council’s Innovation in Design Cradle to Cradle Certification, Las Vegas Rock operates a zero-waste facility, repurposing all bi-products for new use, recycling water and sustainably mining their quarry to conserve the precious stone for generations to come.

To achieve multi-dimensional surfaces, not unlike cut diamonds, the most advanced stone masonry technology was required. Using seven-axis machine saws acquired specifically for the project, Las Vegas Rock’s stone artists used 3D computer programming to slice the massive pieces of rock from multiple directions. Sandblasting hones and seals the exterior to create a windswept, weathered effect like one might observe in the geology of the nearby canyons. The results are curvaceous pieces that fit together, creating stunning exteriors for the planters.

Fusing nature and urbanity, The Park will be an experiential outdoor complex between Monte Carlo and New York-New York where patio cultures offering dining, entertainment and more spill into an incredible desert-scape that leads to the new T-Mobile Arena. Created by nature and crafted by man, meta-quartzite mirrors the dual worlds that will intersect within The Park and will be an elemental part of their fusion through design.