The race, held by Meredith’s SHAPE magazine in conjunction with the New York Road Runners (NYRR), will take place on Sunday, April 17, and draw 10,000 female runners and walkers of all ages, from around the world, to New York’s Central Park.

Morales and Hill are returning for the second year, after hosting the 2015 MORE/SHAPE Women’s Half-Marathon and completing the race in an impressive 1:38:59 and 2:06:52, respectively. 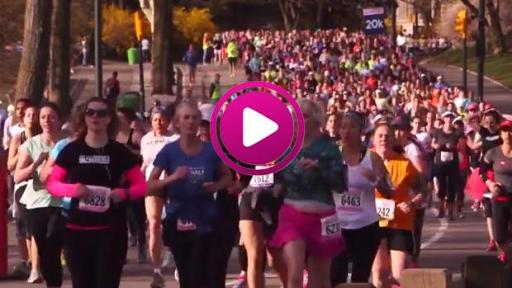 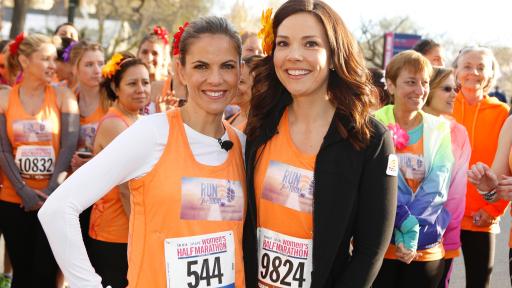 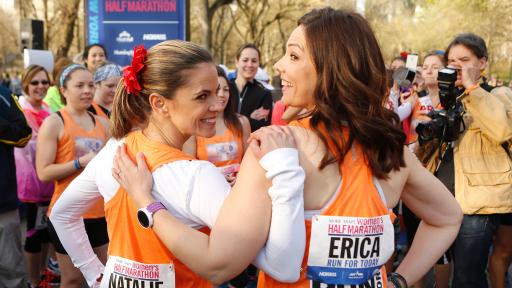 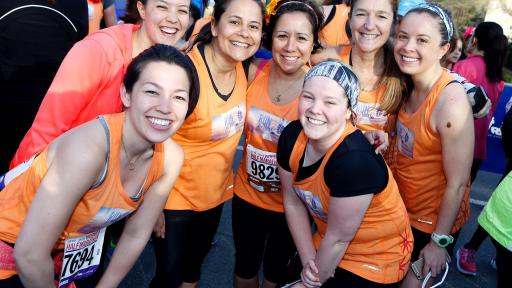 “We’re so excited to have Natalie, Erica and Carolyn join us for our 13th annual race,” says Elizabeth Goodman Artis, Editor-in-Chief of SHAPE. “Their positive energy, and passion for health and fitness make them the perfect race hosts, and our runners will be thrilled to run alongside them on race day.”

Morales, Hill and Manno will be joined on race day by more than 30 TODAY and NBC Olympics staff members, running as on behalf of Team Run for TODAY and Team NBC Olympics.

In addition, Jennifer Storms, Chief Marketing Officer of NBC Sports Group, will be honored as part of the first-ever Women Run the World™ Relay & Mentorship Program. The program celebrates the 13th anniversary of the 13.1-mile race by recognizing 13 notable female leaders and highlighting the importance of supporting, inspiring and empowering the next generation of women. Additional honorees include Sara Bareilles, Danielle Brooks and Padma Lakshmi.

To watch the hosts kick off the partnership on TODAY, please visit https://www.today.com/video/run-for-today-how-running-changed-the-life-of-a-man-with-dwarfism-665046595621.

NBC’s TODAY and NBC Olympics serve as the Media Partners of the MORE/SHAPE Women’s Half-Marathon. Share your training and race photos with TODAY by tagging @TODAYShow and using the hashtag #RunforTODAY on social media. The Rio Olympics begin August 5th. To learn more, visit nbcolympics.com and use the hashtag #RoadToRio.

On race day, supporters and spectators are invited to cheer on the runners along the course in Central Park, and visit the Race Day Festival at Naumburg Bandshell to enjoy live music, free samples, giveaways, fun activities and more. There will also be an awards ceremony following the race to celebrate the runners and Women Run the World™ honorees.

ABOUT SHAPE
Launched in 1981, SHAPE helps women achieve the best versions of themselves while understanding that healthy living is more than an endgame—it’s a source of personal joy and lasting reward. SHAPE magazine is published 10 times a year with a rate base of 2.5 million and an audience of 27 million, reaching women across all platforms, including the 8.5 million users on Shape.com and Fitnessmagazine.com, and through award-winning consumer events and innovative brand extensions. Visit us online at: https://www.shape.com/ | Facebook: https://www.facebook.com/SHAPEmagazine | Twitter: @Shape_Magazine | Instagram: @Shape_Magazine | Snapchat: @Shape_Magazine

ABOUT TODAY
NBC’s TODAY is the news program that informs, entertains, inspires and sets the agenda each morning for Americans. Airing live from 7 am to 11 am ET, TODAY reaches more than 5 million people every day through its broadcast, and millions more through TODAY.com, the TODAY app, and social media platforms. Matt Lauer, Savannah Guthrie, Al Roker, Natalie Morales, Willie Geist, Tamron Hall, Carson Daly, Hoda Kotb, and Kathie Lee Gifford are the anchors and hosts, Noah Oppenheim is the SVP and Executive in Charge, and Don Nash is the executive producer.

A division of NBC Sports Group, NBC Olympics is responsible for producing, programming and promoting NBCUniversal's Olympic coverage. It is renowned for its unsurpassed Olympic heritage, award-winning production, and ability to aggregate the largest audiences in U.S. television history. The 2012 London Olympics were watched by 217 million Americans across the networks of NBCUniversal, making it the most-watched event in U.S. television history.

NBC has won more than 100 Emmy Awards for its Olympics coverage, as well as a prestigious Peabody Award for its presentation of the Beijing Opening Ceremony in 2008, which USA Today said was “the best overall Olympic experience ever provided by a U.S. network.”