PR Newswire – LAS VEGAS (April 6, 2016)
Setting the stage for the next era of Las Vegas entertainment, T-Mobile Arena will light up The Strip magenta tonight for the first time, with 20,000 fans partying to the sounds of Las Vegas favorites. The internationally acclaimed band with local roots, The Killers; Mr. Las Vegas himself, Wayne Newton; and Las Vegas-born pop artist Shamir will join a sold-out crowd to kick off an extensive schedule of concerts, sporting events, award shows and more.

“This is an exciting time for Las Vegas and everyone involved in the development of T-Mobile Arena; tonight we are opening a world-class venue that we believe will become Las Vegas’ new center of entertainment,” said Jim Murren, Chairman and CEO of MGM Resorts International.. “Las Vegas has long been known as the Entertainment Capital of the World, and with all the development we’ve unveiled this week in the neighborhood, you can see our deep commitment to ensuring Las Vegas holds that title for generations to come.”

Designed by Populous, T-Mobile Arena incorporated or enhanced the best features from renowned venues throughout the country for an unparalleled entertainment venue in the heart of the Las Vegas Strip. The joint venture between MGM Resorts and AEG has the largest arena capacity in the city, expansive balconies curving around the building’s exterior and customizable spaces, making the arena perfect for any type of event.

Dan Beckerman, President and CEO of AEG said, “We are confident that T-Mobile Arena will transform the entertainment landscape in Las Vegas, further elevating the city’s status as one of the iconic sports and entertainment destinations in the world. Bringing together the knowledge, experience and assets of AEG and MGM Resorts International, T-Mobile Arena will become the region’s must-play venue and one of the world’s most sought after destinations for live events. This is the right time, the right location and the right partnership for this groundbreaking arena.”

John Legere, President and CEO of T-Mobile said, “We un-leashed music and entertainment streaming on your smartphone and now we’re taking it to the next level with T-Mobile Arena. T-Mobile customers will always be treated like VIPs with priority access and special benefits - right in the heart of Las Vegas.”

Experiences at T-Mobile Arena aren’t limited to what’s inside its walls. Event-day possibilities extend into Toshiba Plaza, a two-acre entertainment space fronting the arena. Featuring three stages, four 40-foot-towers with LED screens, accent lighting and speakers, and the best view of the arena’s stunning 200-foot-wide mesh LED wall, the plaza is ideal for concerts, broadcasts and much more. The excitement continues into The Park, the adjacent outdoor district that debuted April 4. Guests coming to an arena event can start their evening with a fun, casual culinary lineup featuring inviting indoor/outdoor spaces, iconic art and live entertainment. The Park serves as the gateway to T-Mobile Arena from Las Vegas Boulevard.

T-Mobile Arena and Toshiba Plaza will mark their momentous openings later today with a ribbon cutting and press conference attended by executives, local politicians, community influencers and media from around the world.

Scott Maccabe, President and CEO of Toshiba America Business Solutions and Toshiba Global Commerce Solutions said, “It is fitting that such an amazing, state-of-the-art sports and entertainment venue as T-Mobile Arena is opening in the Entertainment Capital of the World and the team at Toshiba is pleased to play a role in this venture. We are excited about having the opportunity to include our innovative display technology not only throughout the arena, but also in the creation of two of the arena’s signature elements, Toshiba Plaza and Vegas Interactive by Toshiba. It is our hope that these two areas will enhance the fan experience for generations of T-Mobile Arena patrons.”

With innovative amenities both inside and out, the arena translates signature Las Vegas moments into one avant-garde environment that will be home to the biggest events in sports and entertainment. 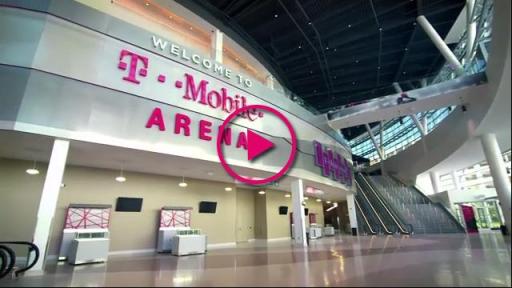 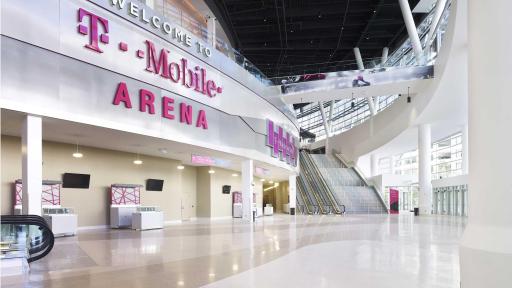 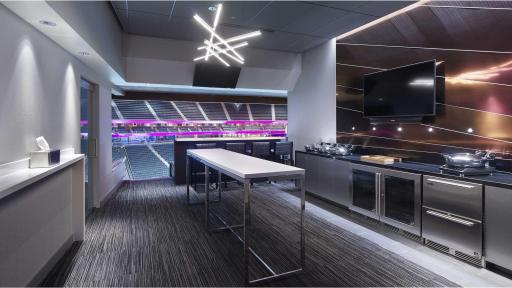 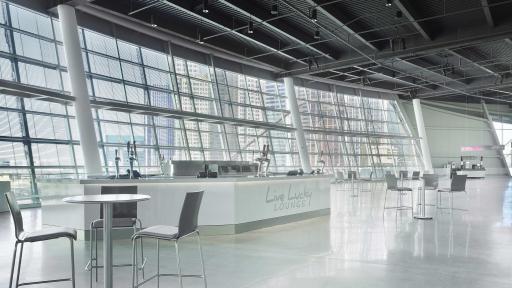 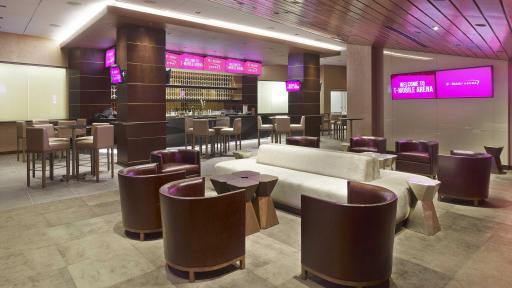 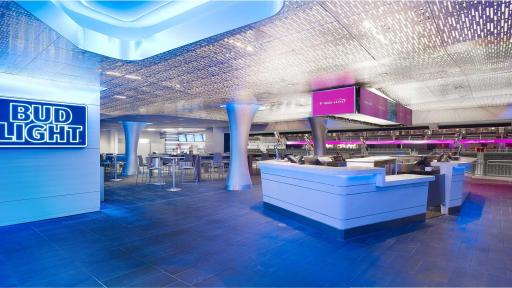