Women in failing marriages are less likely to regret divorce, yet more likely to place blame on their spouse, Avvo study finds

PR Newswire, Seattle, WA – May 17, 2016
The Avvo, Inc. annual study of relationship trends across the United States finds that when it comes to failing marriages, more women tend to blame their spouse than do men, and move on without regrets. When asked who was responsible for the end of their marriage, 64% of divorced women blamed their spouse, as compared to just 44% of men saying the same. More men than women say both spouses should share the blame, with 42% of men agreeing, and only 29% of women saying the same. These findings are just a few examples of how gender plays a role in defining views and values attached to marriage and modern relationships.

Attitudes about marriage as an institution may influence feelings about getting a divorce. When asked if they believed in the institution of marriage, 63% of women – versus 53% of men – said yes. The more weight one places on being married, the more intense the outward blame when the marriage doesn’t work out. It’s also likely that gender roles play a part. According to noted sociologist and renowned sexologist Pepper Schwartz, deep-rooted, predisposed beliefs and tendencies about gender roles in domestic partnerships could shape attitudes about responsibility.

“As the saying goes, it takes two to tango and two to ruin a relationship, but women are less likely to take their share of the blame,” Schwartz said. “Gender roles and traditional stereotypes of domestic partnerships absolutely play a role here. It might be that women believe that self-blame is not empowering, and men may feel as though it’s not masculine to blame their wives.” 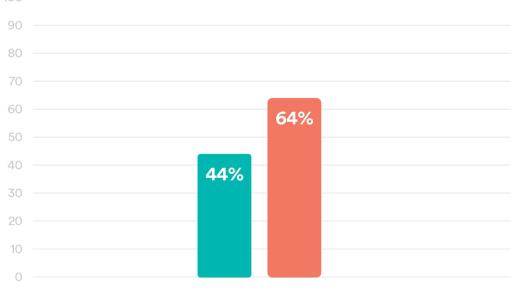 Divorce and Regret – Men vs. Women 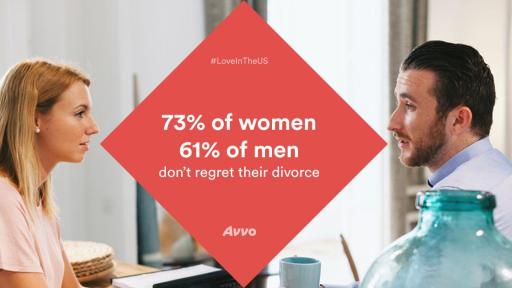 Alone and Happy or Partnered and Unhappy – Men vs. Women 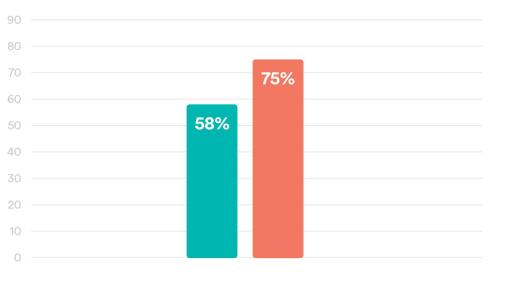 Alone and Happy vs. Partnered and Unhappy 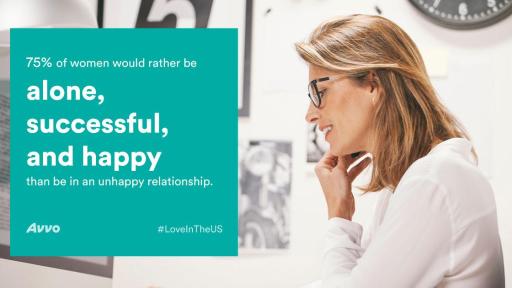 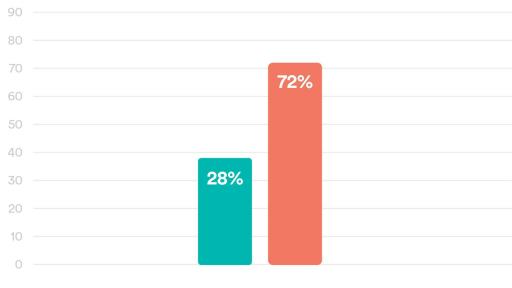 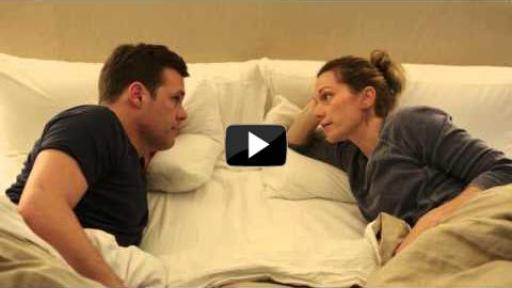 “Men are more fearful of being on their own once they’ve been domesticated by their marriage, and even though men are more likely to think that marriage is an outdated institution on principle – they’re more likely to want to stay put even if things aren’t so great,” Schwartz said. “Women, on the other hand, prize happiness over marriage, and are less fearful of independence generally. Whatever the underlying reasons, both partners have a role in a relationship not working, women included – even if that means as a partner, making more mistakes that you care to admit, or even choosing the wrong partner.”

When it comes to supporting same-sex marriage, more Americans are shifting their attitudes since the June 2015 Supreme Court ruling that struck down state bans. In May of 2015, 43% of Americans believed same-sex marriage should be legal, compared to 48% today.

“The fact is that love endures. That feeling, that pursuit of happiness and desire to build a life with another person is something that stays constant even as society learns to welcome new opinions and ways to love,” Schwartz said. “One short year after the landmark decision by the Supreme Court, people are opening up their minds to acceptance where there sometimes was judgement before. Recognizing that love comes in all shapes, colors and sizes is a sign of maturity for American society.”

The past year has seen an alignment of male and female attitudes on the legalization of same sex-marriage. In 2015, women surpassed men in their support, with 47% of women supporting same-sex marriage, as compared to just 39% of men. Today, in 2016, nearly the same proportion of men and women are supporters, with 50% of women and about 47% of men in support of same-sex marriage and relationships.

In today’s modern dating climate, some men and women are willing to do whatever it takes to meet the right person, including professional matchmaking. When asked if they’d be willing to have a professional relationship expert match them up with a romantic partner, one in four (28%) said “why not?”

“The fact that such a large number of men and women are open to being matched by a match-maker illustrates how hard it is to find a mate in today's society, and the lengths modern daters are willing to go to find that right partner,” Schwartz said. “It’s not that people have lost confidence in their own ability to find someone, but rather that they recognize how valuable their time is, and they’re open to new ways to meet someone in order to find companionship and spend their time in a satisfying relationship.”

“In this time-pressured culture, time is worth its weight in gold. We are so pressed for time - quality time to look for love, enjoy, and nurture it - that we really do understand that its scarcity is hurting us,” Schwartz added. “Of course, you need to recognize that money can make a relationship easier by eliminating external stressors. But people with and without a lot of money understand that just having money will not buy you, nor your relationship, happiness.”

Avvo conducts periodic studies of topics at the intersection of lifestyle and the law to better understand the issues facing individuals engaging with lawyers and the legal system. Given that divorce and family law are two of the largest and most routine needs for legal help in the United States, understanding the relationship dynamics that lead to marriage, divorce and family planning are beneficial to the legal consumers and attorneys whom Avvo serves.

“Avvo is committed to understanding American social and cultural experiences so that we can better understand the people we seek to help,” said Nika Kabiri, director of consumer insights at Avvo. “Millions of consumers seek legal help on Avvo every day and we want to interact with them in meaningful ways. We conduct several consumer studies every year to learn more about what matters to them when it comes to their personal relationships and families.”

Avvo offers consumers legal help on-demand with fixed-fee, limited scope legal services from a local, experienced attorney of their choice, such as a divorce and separation advice session, legal counsel and review of a prenuptial agreement or parenting plan, or an uncontested divorce filing. Avvo lawyers additionally answer questions about marriage, divorce, and family law in the company’s Q&A forum for free every day, and are featured in the Avvo directory, which includes consumer reviews and detailed profiles for 97% of licensed attorneys in the United States.

For additional resources about marriage, divorce, and family planning from Avvo, or to find a divorce or family lawyer in your area, visit www.avvo.com.

These findings are based on a non-probability online sample of data collected using the Research Now panel. Data was collected in March 2016. A sample of 2000 U.S. adults age 18 and over were surveyed online. For this poll, the credibility interval was calculated to be plus or minus 2.5 percentage points for all respondents. The data were weighted to the U.S. current population data by gender, age, and region based on Census data.

Avvo helps people find and connect with the right lawyer through industry leading content, tools and services. Founded in 2006 in Seattle, Avvo provides transparent information about attorneys, with Avvo-rated profiles for 97% of practicing lawyers in the United States. A free Q&A forum with more than 8 million questions and answers and on-demand legal services that provide professional counsel for a fixed cost, make legal faster and easier. For more information on how Avvo helps people through legal issues from research to resolution, visit www.avvo.com.