U.S. Forest Service and the Ad Council Partner with Animation Studio LAIKA’s Kubo and the Two Strings  to Encourage Families to Reconnect with Nature

PR Newswire, June 23, 2016, Washington, D.C — To continue the ongoing mission of fostering a connection with urban and national forests among families, the U.S. Forest Service and the Ad Council’s “Discover the Forest” campaign announced today the release of public service advertisements (PSAs) tied to the upcoming family event movie Kubo and the Two Strings.

These PSAs were produced pro bono by LAIKA, the Oregon-based animation studio that made the movie. The TV, radio, and outdoor PSAs feature clips and screen shots from the epic adventure. The film’s main theme of a thrilling quest aligns with the objectives of the Discover the Forest campaign. The PSA messaging focuses around the idea that adventures can be found all around, but the best place to start is in the forest. The Kubo and the Two Strings  PSAs invite users to visit DiscoverTheForest.org to find a forest nearby to plan their own adventure. 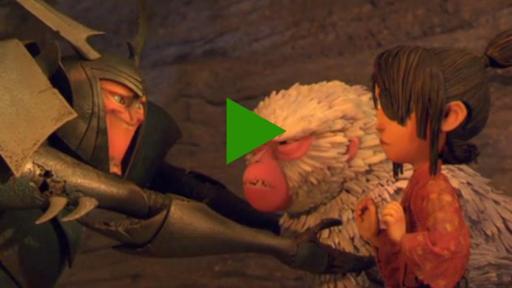 Kubo and the Two Strings Partners with Discover the Forest 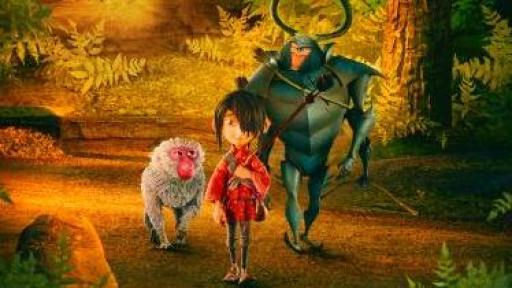 “Young people have shown us they do care about the environment, even as we know today’s children spend less time outdoors,” said U.S. Forest Service Chief Tom Tidwell. “These PSAs help us to encourage children to spend more time outdoors doing what kids should be doing – exploring, learning, growing and developing a life-long connection to the natural world.”

“LAIKA is an Oregon-based studio,” says President & CEO Travis Knight, who makes his directorial debut with Kubo and the Two Strings. “Being surrounded by such a verdant environment is one of the many things that inspires our band of artists.  We hope these PSAs remind families of the sublime pleasure of spending time in a forest.”

These new PSAs are the latest extension of the Discover the Forest campaign, a partnership between the U.S. Forest Service and the Ad Council which encourages parents and tweens (ages 8-12) to find their local forest and re-connect with nature. The campaign aims to instill a love for nature in kids by fostering a connection with urban and national forests.

“Regardless of whether you live in a rural, urban or suburban area, there are wonderful natural spaces within an hour of where you live, which most people don’t realize,” said Lisa Sherman, President & CEO, the Ad Council.  “Our long-term goal with this campaign is to create a new generation of environmentalists who want to preserve and protect our nation’s natural resources throughout their lives.”

According to the U.S. Forest Service, more than 245 million Americans live within 100 miles of a national forest or grassland, yet people aren’t taking advantage of these natural spaces. With busy family schedules and technology capturing more of children’s time these days, activities such as hiking, camping and fishing are not as common. Research has shown that children who play outside have lower stress levels and more active imaginations, become fitter and leaner, develop stronger immune systems and are more likely to become environmentally conscious in the future.

Ad Council:
The Ad Council is a private, non-profit organization with a rich history of marshaling volunteer talent from the advertising and media industries to deliver critical messages to the American public. Having produced literally thousands of public service campaigns addressing the most pressing social issues of the day, the Ad Council has affected, and continues to affect, tremendous positive change by raising awareness, inspiring action and saving lives. To learn more about the Ad Council and its campaigns, visit Adcouncil.org, like us on Facebook, follow us on Twitter or view our PSAs on YouTube.

Kubo and the Two Strings:
From animation studio LAIKA comes Kubo and the Two Strings, an epic action-adventure set in a fantastical Japan. Clever, kindhearted Kubo (voiced by Art Parkinson of Game of Thrones) ekes out a humble living, telling stories to the people of his seaside town including Hosato (George Takei), Hashi (Cary-Hiroyuki Tagawa), and Kameyo (Academy Award nominee Brenda Vaccaro). But his relatively quiet existence is shattered when he accidentally summons a spirit from his past which storms down from the heavens to enforce an age-old vendetta. Now on the run, Kubo joins forces with Monkey (Academy Award winner Charlize Theron) and Beetle (Academy Award winner Matthew McConaughey), and sets out on a thrilling quest to save his family and solve the mystery of his fallen father, the greatest samurai warrior the world has ever known. With the help of his shamisen – a magical musical instrument – Kubo must battle gods and monsters, including the vengeful Moon King (Academy Award nominee Ralph Fiennes) and the evil twin Sisters (Academy Award nominee Rooney Mara), to unlock the secret of his legacy, reunite his family, and fulfill his heroic destiny. Focus Features will release Kubo and the Two Strings  in theaters nationwide on Friday, August 19th, 2016.

Connect with Discover The Forest

Connect with the Ad Council