PR Newswire - SAN FRANCISCO – June 8, 2016
As part of an ongoing commitment to support life sciences innovators and the development of integrated, cross-sector solutions to prevent, intercept and cure diseases, Johnson & Johnson today named cell biologist Yoshinori Ohsumi, Ph.D., of the Tokyo Institute of Technology the winner of the 2016 Dr. Paul Janssen Award for Biomedical Research for his pioneering discoveries concerning the molecular basis of autophagy.

Dr. Ohsumi was honored today during an event at the 2016 BIO International Convention in San Francisco. A video of his acceptance comments can be viewed here.

“Dr. Ohsumi’s curiosity led him to become the first person in the world to determine the molecular mechanism and regulation of autophagy, shedding light on one of the most basic functions of all living cells,” said Paul Stoffels, M.D., Chief Scientific Officer, Johnson & Johnson. “Dr. Ohsumi’s discoveries hold promise for better understanding, preventing and treating many diseases. It is with great pleasure that we celebrate his contributions, which remind us of the innovative spirit Dr. Paul brought to the lab every day.”

Autophagy is a universal process that cells use for maintenance, repair and generation of energy during starvation. Dr. Ohsumi first observed these processes in yeast cells. He then determined that autophagy is one of the most basic cell functions found in a variety of organisms, from plants to humans. Research of disruptions to this process has added to the understanding of the molecular mechanisms involved in many health disorders including cancer and Alzheimer’s disease.

“Dr. Ohsumi’s discoveries have opened one of the most exciting and widespread fields of biology and medicine,” said Michael Brown, M.D., Paul J. Thomas Professor of Molecular Genetics and Director of the Jonsson Center for Molecular Genetics, University of Texas Southwestern, and Chair of the Dr. Paul Janssen Award independent selection committee. “Autophagy is essential for survival during starvation in all organisms from yeast to humans. The process was visualized by microscopists but no one had any idea of the mechanism until Dr. Ohsumi and his students elucidated the intricate pathway through a brilliant combination of biochemistry and genetics in yeast. Subsequent studies suggest many other functions for autophagy in higher organisms, including resistance to certain infections, resistance to neurodegeneration and survival of cancer cells. Professor Ohsumi's discoveries have exerted a profound impact on biological science and medicine.” 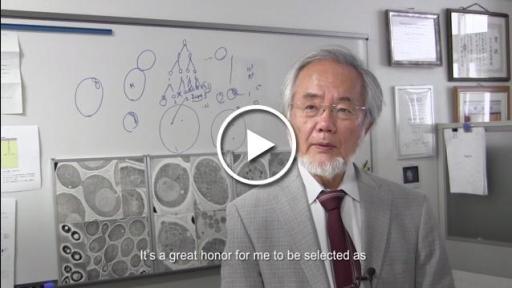 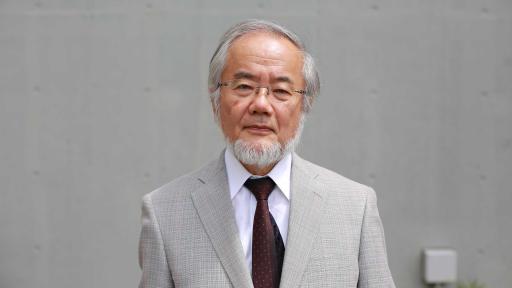 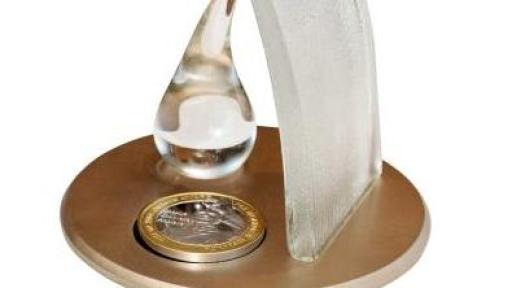 Dr. Ohsumi is Honorary Professor at the Frontier Research Center at the Tokyo Institute of Technology and Professor Emeritus at the National Institute for Basic Biology at the Graduate University for Advanced Studies, Japan. Dr. Ohsumi previously served as a professor at the National Institute of Basic Biology and as an associate professor at the University of Tokyo, where he also earned his bachelor and doctoral degrees. He completed a postdoctoral fellowship at The Rockefeller University in New York, NY. Dr. Ohsumi has received many accolades for his work, including the Fujihara Award, Japan Academy Prize, Asahi Prize, Kyoto Prize in Life Sciences, Keio Medical Science Prize, International Prize for Biology, Gairdner International Award, Rosenstiel Award, and Wiley Prize in Biomedical Sciences.

“I feel greatly honored that my work has attracted so much interest, and that it could lead to advancements that make an impact on human health,” said Dr. Ohsumi. “Being recognized with the Dr. Paul Janssen Award and joining the ranks of the prior Award recipients is a true privilege.”

The winners of the Dr. Paul Janssen Award for Biomedical Research are chosen by an independent selection committee of the world’s most renowned scientists. The Award, which includes a $200,000 prize, will be presented to Dr. Ohsumi during ceremonies in the U.S. and Belgium in September.

About Johnson & Johnson
Caring for the world, one person at a time, inspires and unites the people of Johnson & Johnson. We embrace research and science – bringing innovative ideas, products and services to advance the health and well-being of people. Our approximately 129,000 employees at more than 250 Johnson & Johnson operating companies work with partners in health care to touch the lives of over a billion people every day, throughout the world. For more information, visit www.jnj.com.