PR Newswire – LAS VEGAS, July 29, 2016
On Thursday, July 28, the Estate of Michael Jackson teamed up with Michael Jackson ONE by Cirque du Soleil and Mandalay Bay to pay tribute to the King of Pop as they unveiled his iconic HIStory Statue. Featured on the cover of his world-famous album HIStory: Past, Present and Future Book 1, which became the best selling multiple disc album worldwide, the HIStory Statue is the third piece of memorabilia to be loaned by the Estate for display on the Mandalay Bay property.

The highly anticipated unveiling ceremony took place in the Main Lobby of Mandalay Bay, where fans had the opportunity to witness the live reveal of this historic sculpture. To welcome the piece, members from the cast of Michael Jackson ONE delivered a never-before-seen performance created especially for this event, dazzling the audience as they performed to “SCREAM,” the first single from the HIStory album. Following the performance, fans were able to meet and take photos with those cast members.

“There’s a reason why Michael Jackson’s spirit still lives on,” said Jerry Nadal, Senior Vice President, Resident Shows Division at Cirque du Soleil. “It’s the passion and love behind every song he created. It’s the soundtrack he delivered to an entire generation and beyond. We certainly see this every night at Michael Jackson ONE as thousands of Michael Jackson, Cirque and music and dance fans of all ages and backgrounds collide to experience their favorite Michael Jackson songs in a new and innovative way. Now, this incredible statue stands with us as a testament to his legacy.”

On loan from the Estate of Michael Jackson, the HIStory Statue joins two other pieces at Mandalay Bay: Jackson’s red and gold military-style jacket from his appearance at the 1984 American Music Awards and a pair of his iconic black loafers and crystal-encrusted white socks. An additional historical Jackson item will be revealed on Saturday, Aug. 27, kicking off a three-day birthday celebration for the King of Pop inside the ONE Theater.

“Michael Jackson was and always will be an icon of our time,” said Darren Davis, Vice President of Entertainment at Mandalay Bay. “We are so thankful that the Estate has been gracious enough to share this statue and all of the other precious Michael Jackson memorabilia with our property. Those who visit Mandalay Bay will have the opportunity to see these amazing pieces, and they are truly extraordinary.” 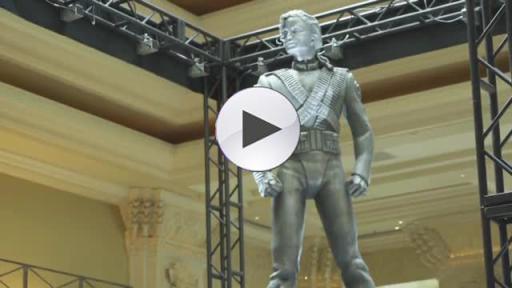 ‘They Don’t Care About Us’ as performed by Michael Jackson ONE. 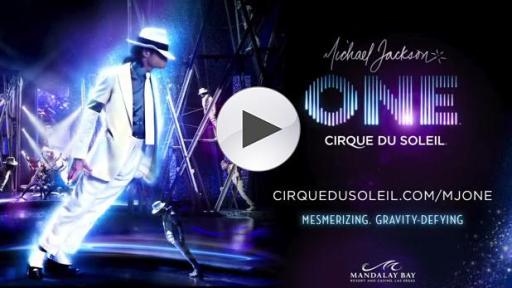 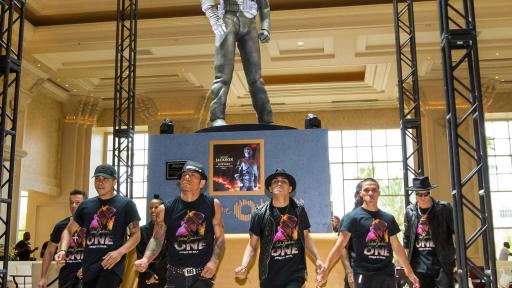 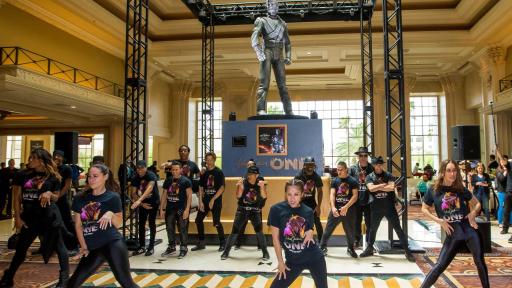 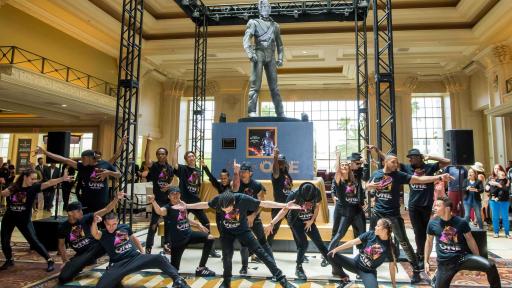 ABOUT CIRQUE DU SOLEIL®
From a group of 20 street performers at its beginnings in 1984, Cirque du Soleil is now a major Quebec-based organization providing high-quality artistic entertainment. The company has close to 4,000 employees, including 1,300 performing artists from close to 50 different countries. Cirque du Soleil has brought wonder and delight to more than 160 million spectators in 400 cities in sixty countries on six continents.

ABOUT MICHAEL JACKSON
Michael Jackson is one of the most beloved entertainers and profoundly influential artists of all-time. He was also a dedicated philanthropist and an astute business professional. To date Jackson has sold in excess of 1 billion records worldwide, released 13 No.1 singles and became one of a handful of artists to be inducted twice into the Rock and Roll Hall of Fame. The Guinness Book of World Records recognized Jackson as the Most Successful Entertainer of All Time and “Thriller” as the Biggest Selling Album of All Time. Thriller has also become the first album in RIAA history to reach 3X Diamond status with sales in excess of 30 million copies in the US alone. Jackson won 17 Grammy Awards including 8 in one year, a record in itself, and received 26 American Music Awards, including the Artist of the Century Award. Jackson defined the art form of music video with such ground-breaking short films as “Billie Jean,” “Beat It” and the classic “Thriller,” which in 2009 became the first and only music video inducted into the National Film Registry of the Library of Congress. In his short films “Black or White”, “They Don’t Care About Us”, “Bad and “Smooth Criminal” and others, Jackson set an aesthetic standard for music video production that remains unsurpassed even today. The Estate of Michael Jackson and Cirque du Soleil have produced two top shows: Michael Jackson THE IMMORTAL World Tour which remains one of the top grossing tours of all time; and MICHAEL JACKSON ONE, a permanent show at Mandalay Bay Las Vegas, which continues breaking box office records and receiving critical raves. Jackson’s sound, style and dance moves continue to inspire today’s performers and new generations of fans worldwide continue to discover his artistry through projects like the critically acclaimed documentary MICHAEL JACKSON’s Journey From Motown To Off The Wall, produced by Spike Lee, John Branca and John McClain and directed by Spike Lee, which offers an insightful chronicle from Michael’s early rise to fame through the release of the seminal album.