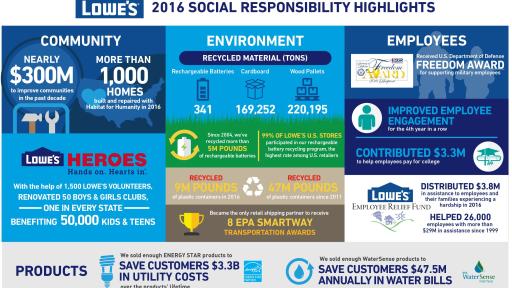 Company honored nationally for service to community, environment and employees

MOORESVILLE, N.C., May 9, 2017 – Lowe’s Companies, Inc. (NYSE: LOW) today released its 2016 Corporate Social Responsibility (CSR) Report, providing a detailed review of the company’s sustainability progress during the past year. Titled “Serving With Purpose,” the report outlines how Lowe’s is building on its 70-year heritage of serving customers, employees and communities through programs guided by the company’s purpose and values. The 2016 CSR report can be viewed on Lowe’s newsroom.

The company continues to take steps in important areas, including efforts to reduce energy use and emissions, enhance its overall workplace experience, grow community engagement and improve its offering of sustainable products. In 2016, Lowe’s established a Sustainability and Product Stewardship Council to oversee sustainability priorities, and the company intends to launch an enhanced sustainability strategy enterprise-wide this year. 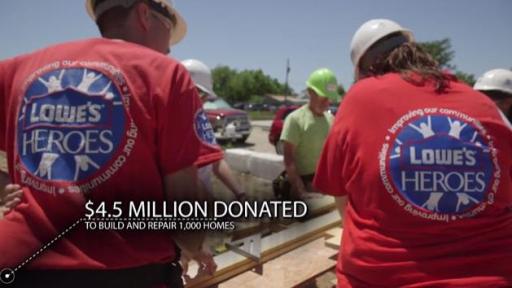 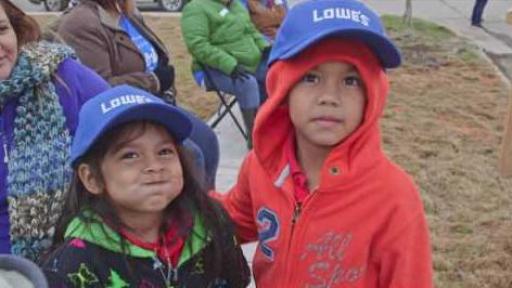 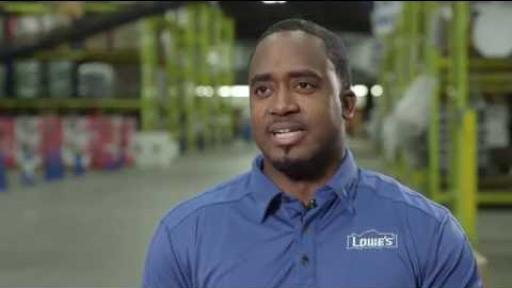 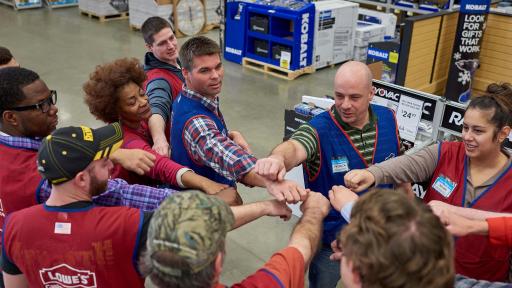 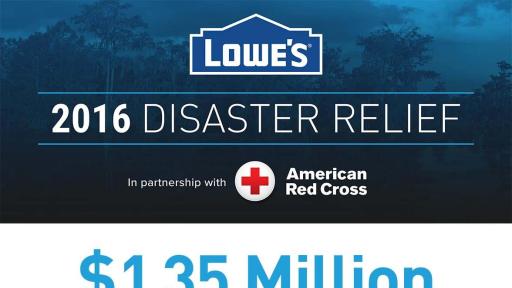 Lowe’s received national recognition for service to the community, environment and its employees in 2016. Boys & Girls Clubs of America presented the company with its 2016 Corporate Philanthropy Award for making an extraordinary impact on the lives of young people. Lowe’s became the only retailer to receive eight SmartWay awards from the Environmental Protection Agency for promoting clean transportation practices. And the company received the U.S. Department of Defense Freedom Award, the highest government honor given to employers for supporting the military, particularly employees serving in the Guard and Reserves. Lowe’s recently expanded its military support by announcing an enhanced military discount – 10 percent off purchases every day to current and honorably discharged members of the U.S. military.

Being socially responsible is about serving a higher purpose. See how @Lowes spent 2016 serving others. Tweet

Here are a few other highlights from 2016:

To download the report or to learn more about social responsibility at Lowe’s, visit Newsroom.Lowes.com.

About Lowe’s
Lowe’s Companies, Inc. (NYSE: LOW) is a FORTUNE® 50 home improvement company serving more than 17 million customers a week in the United States, Canada and Mexico. With fiscal year 2016 sales of $65.0 billion, Lowe’s and its related businesses operate or service 2,365 home improvement and hardware stores and employ over 290,000 people. Founded in 1946 and based in Mooresville, N.C., Lowe’s supports the communities it serves through programs that focus on K-12 public education and community improvement projects. For more information, visit Lowes.com.