NEW YORK – June 20, 2017 – Sixteen of the most talented grilling professionals are heading outdoors to get ready for a showdown in the return of Chopped Grill Masters, premiering Tuesday, August 1st at 10pm ET/PT on Food Network. Hosted by Ted Allen, and featuring a rotating panel of Chopped judges and special guests, each episode features four Grill Masters competing over three rounds - appetizer, entrée and dessert – as they showcase their exceptional skills, with only charcoal and propane grills, and a smoker at their disposal. The goal, to create unique dishes utilizing the mystery basket of ingredients to impress the judges, while also battling the outdoor elements. The winner from each heat of the five-part tournament earns a spot in the grand finale, where they will compete for the grand prize of $50,000 and a Napa Valley dream vacation.

“Professional chefs competing to create unique and decadent dishes in a finite amount of time, using mystery ingredients is difficult enough,” said Courtney White, SVP Programming, Scripps Networks Interactive. “Chopped Grill Masters takes this challenge to a whole new level, placing the competitors outdoors with only the use of grills and a smoker, and world-class judges watching their every move, setting up a competition like no other.”

Find out more about the Chopped Grill Masters tournament at FoodNetwork.com/Chopped, where you will uncover photo and video highlights. Join in on all the fun at #Chopped.

Premiering Tuesday, August 15th at 10:00pm ET/PT
“Grill Masters: Battle 3”
Four new Grill Masters are confident they can be the best and advance to the Grand Finale! In the appetizer basket, the party gets started with a frozen daiquiri and plating timing doesn’t work out well for one of the chefs. A fatty protein and an odd-colored ice cream are part of the challenge in the second round. In the dessert basket birthday cake is a festive find for the remaining competitors.
Competitors: Moe Cason (Des Moines, Iowa), Stephen Coe (Plymouth, Mass.), Lee Ann Whippen (Chicago, Ill.), Flip Wise (Aspen, Colo.)
Host: Ted Allen
Judges: Alex Guarnaschelli, Marc Murphy, Marcus Samuelsson

Premiering Tuesday, August 22nd at 10:00pm ET/PT
“Grill Masters: Battle 4”
Just one spot left for the Grand Finale! A feisty group of chefs is trash talking from the start, but will the vibe change after somebody’s lamb appetizer lands on the chopping block? A “steak” made out of a vegetable is one of the surprises the chefs face in the entrée basket. The last two competitors are supremely confident, but their knowledge of dragon fruit and mesquite powder could play a role in who grills the best dessert.
Competitors: Joanna Dunn (Grand Rapids, Mich.), Nikki Martin (West Hollywood, Calif.), Marco Niccoli (Salt Lake City, Utah), Jim Stancil (Oxford, Ga.)
Host: Ted Allen
Judges: Maneet Chauhan, Aaron Franklin, Chris Santos

Premiering Tuesday, August 29th at 10:00pm ET/PT - TOURNAMENT FINALE!
“Grill Masters: Finale Battle”
Which of the four incredible Grill Masters champions will top all and score $50,000 and a Napa Valley vacation? Tiny, celebratory beers help kick off the first round of live-fire cooking, as well as a beautiful rack of boar. As the intensity heats up, s’mores and a delicate vegetable accompany a lean meat on the competitors’ entrée plates. A giant sweet surprise in the dessert basket ensures that the final plates will be colorful and unusual. But whose will taste like 50,000 bucks?
Host: Ted Allen
Judges: Amanda Freitag, Marc Murphy, Chris Santos

FOOD NETWORK (www.foodnetwork.com) is a unique lifestyle network, website and magazine that connects viewers to the power and joy of food. The network strives to be viewers' best friend in food and is committed to leading by teaching, inspiring, empowering and entertaining through its talent and expertise. Food Network is distributed to nearly 100 million U.S. households and draws over 46 million unique web users monthly. Since launching in 2009, Food Network Magazine's rate base has grown 13 times and is the #2 best-selling monthly magazine on the newsstand, with 13.9 million readers. Headquartered in New York, Food Network has a growing international presence with programming in more than 150 countries, including 24-hour networks in the United Kingdom, Asia, and the Europe, Middle East and Africa (EMEA) region. Scripps Networks Interactive (NASDAQ: SNI), which also owns and operates Cooking Channel (www.cookingchanneltv.com), HGTV (www.hgtv.com), DIY Network (www.diynetwork.com), Travel Channel (www.travelchannel.com) and Great American Country (www.gactv.com), is the manager and general partner. 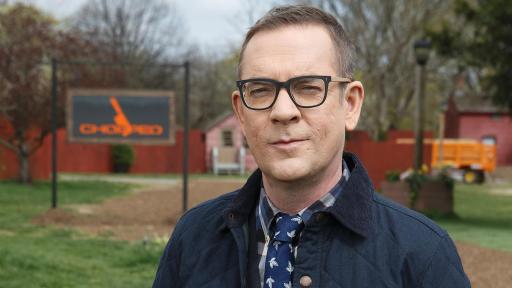 Ted Allen and the judges 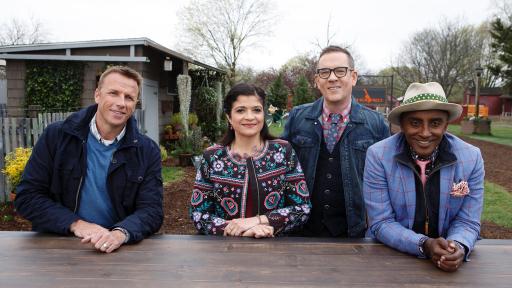 Host and judges with the contestants 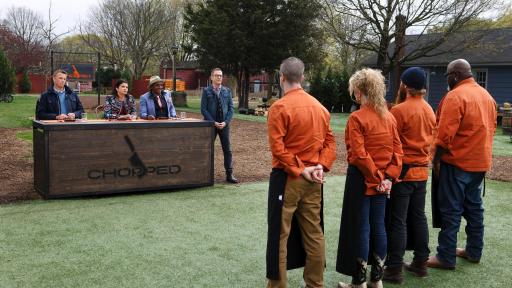 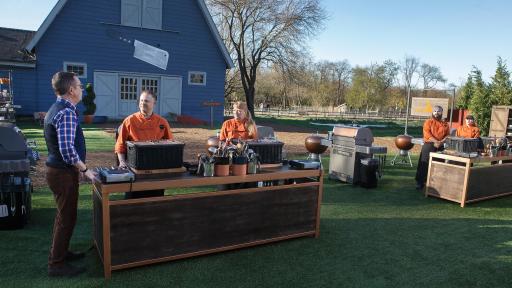 Contestants stand before the judges 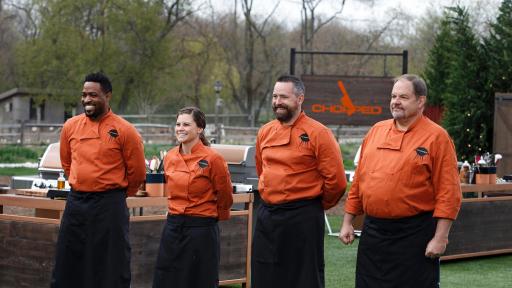 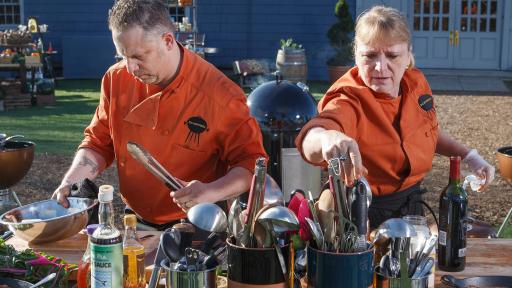