NEW YORK – August 30, 2017 –Alton Brown takes over the Chopped kitchen for this epic five-part tournament, Chopped: Alton’s Challenge, premiering Tuesday, October 10th at 10pm ET/PT on Food Network. Four competitors face off each episode to create unique and delicious dishes over three rounds – appetizer, entrée, dessert - utilizing the mystery ingredients with a theme, as they must impress a rotating panel of Chopped and special guest judges, including Alton himself! Ted Allen hosts the edge-of-your-seat competition as Alton influences the mystery baskets and demonstrates the science of some of the ingredients throughout the tournament. Over the course of the tournament the chefs are put to the test with challenges that tap into the science of cooking and the physics of food, with each winner from the four preliminary heats competing in the finale airing Tuesday, November 7th, with a chance to impress Alton and the judges, and go home with a $50,000 grand prize.

Get more insight on the Chopped: Alton’s Challenge tournament at FoodNetwork.com/Chopped, to find photo and video highlights, relive top moments, and hear from the winning contenders. Join in on the conversation using #Chopped.

Alton Brown joins host Ted Allen in the Chopped kitchen for Chopped: Alton's Challenge! The food science mastermind influences the baskets for this epic, five-part tournament, putting 16 bold chefs to the test with puzzling challenges that tap into the science of cooking and the physics of food. The competitor that manages to outsmart and impress Alton and the judges will go home with a $50,000 prize.

Alton Brown is taking over the Chopped Kitchen for an epic, five-part tournament! With $50,000 on the line, the first four chefs bravely take on his challenge, as Alton demonstrates the science behind smoking foods, with the chefs encouraged to infuse every dish with smoky flavor. Tiny radishes and a strange savory cookie are in the mix for the appetizer basket. Alton then whips up a signature smoked item for the second basket, and an exotic drink is the smoky component in the dessert basket.

Dried and true! In this second Alton’s Challenge battle, there’s a dehydration theme for the baskets and Alton demonstrates a home hack that makes removing moisture from food a breeze. The first basket has the chefs making quick use of instant mashed potatoes. Then, an Alton specialty is one of the mandatory ingredients for the entrée round. In the dessert basket, diabolical ingredients have the chefs scrambling to make dehydrated eggs work in their final plates.

Modern magic!  Four new chefs explore the wonders of molecular gastronomy in Alton’s Challenge battle. Making a powder from a fat and clearing up the problem with transparent ravioli are some of the struggles in the appetizer basket. In the entrée round, the chefs get lamb cooked via a modernist method and some new age noodles. And a “cake” that looks like a drop of water -- and tastes like one too -- gives the last pair of chefs a perplexing puzzle to solve for dessert.

On a quest for $50,000, four new, bold chefs take on the Alton’s Challenge baskets. To kick off the appetizer basket, Alton demonstrates the mad science of champagne and the competitors embrace a fermentation theme. A strange, stringy Japanese specialty is the talk of the entrée round, and an unusual cake inspires some unusual choices in the dessert round.

Expect the ultimate in brainy, zany baskets from Alton Brown, as four Challenge champions return to battle it out for $50,000! Ingredients harken back to the themes of preliminary battles: molecular gastronomy, smoke, dehydration, and fermentation. In the appetizer basket, a small fish and a strange condiment puzzle the champs. A stunningly-presented protein and a jar of something stinky are in the entrée basket, and Alton makes a grand entrance in the dessert round to demonstrate the science of one of the ingredients, before an unprecedented turn of events unfolds.

FOOD NETWORK (www.foodnetwork.com) is a unique lifestyle network, website and magazine that connects viewers to the power and joy of food. The network strives to be viewers' best friend in food and is committed to leading by teaching, inspiring, empowering and entertaining through its talent and expertise. Food Network is distributed to nearly 100 million U.S. households and draws over 46 million unique web users monthly. Since launching in 2009, Food Network Magazine's rate base has grown 13 times and is the #2 best-selling monthly magazine on the newsstand, with 13.9 million readers. Headquartered in New York, Food Network has a growing international presence with programming in more than 150 countries, including 24-hour networks in the United Kingdom, Asia, and the Europe, Middle East and Africa (EMEA) region. Scripps Networks Interactive (NASDAQ: SNI), which also owns and operates Cooking Channel (www.cookingchanneltv.com), HGTV (www.hgtv.com), DIY Network (www.diynetwork.com), Travel Channel (www.travelchannel.com) and Great American Country (www.gactv.com), is the manager and general partner. 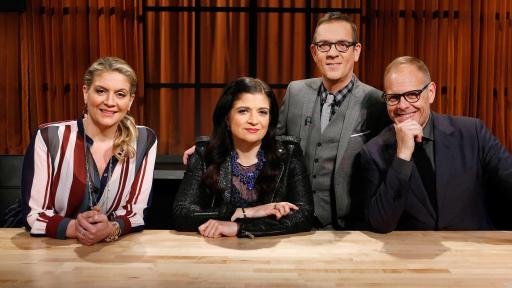 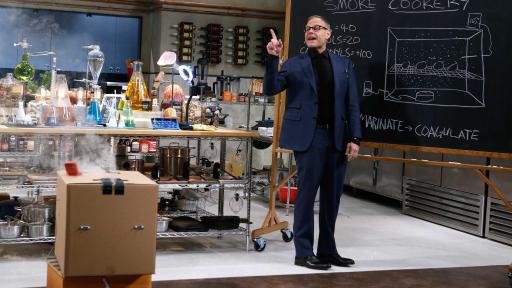 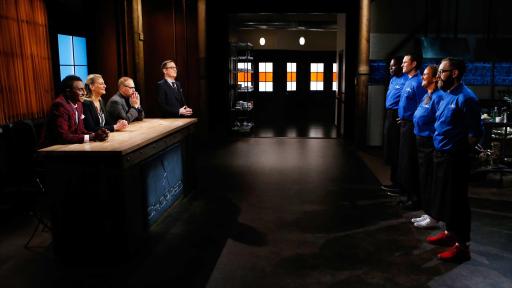 Alton Brown and a chef 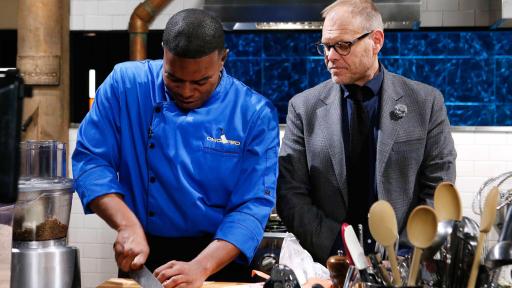 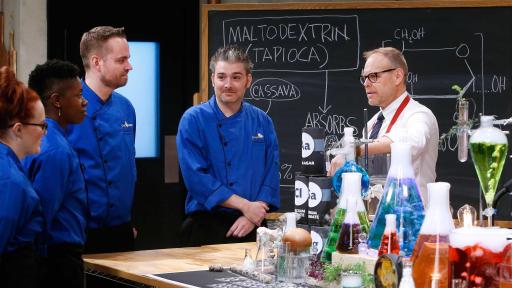 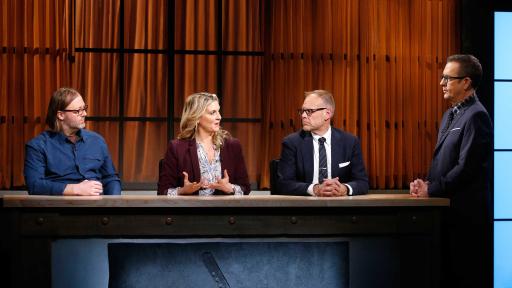