NEW YORK – June 22, 2017 – Hannah Hart has over five-million followers on social media, a killer sense of humor, a passion for food and this summer, she’s taking a flavor-filled journey to some of the country’s favorite regional food spots in the new Food Network series I Hart Food. In the six-episode series, food enthusiast Hannah follows her appetite to discover incredible local dishes and awesome conversations. From investigating Santa Fe’s fiery fixation with green and red chilies to catching New England lobsters with her bare hands in Portland, Maine, Hannah’s food adventures explore every angle of these local specialties and the stories behind them. I Hart Food premieres Monday, August 14th at 10pm ET/PT on Food Network.

“Hannah’s young, fresh voice and unique sense of humor make her food adventures a perfect fit for our viewers,” said Kathleen Finch, Chief Programming, Content and Brand Officer, Scripps Networks Interactive. “Her enthusiasm is sure to inspire others to hit the road for their own culinary journeys.”

“Food Network has been an incredible partner and I’m really proud of the show we made together. I am so excited to share the experiences of extraordinary meals and the chefs who shared their passions and expertise with me on I Hart Food,” said Hannah, who also served as executive producer for the series. “I’m a major food enthusiast, and this show is perfect for those who have an insatiable appetite for all things food!”

In the premiere episode, Hannah heads to Santa Fe, New Mexico – where the temperature is hot and the food is hotter. Whether it’s a New Mexican classic like chile relleno or an old-fashioned American burger, every delectable dish is smothered in red or green chilies. Hannah tours this flavorful city and tries all the spice that makes their food nice. In upcoming episodes, Hannah visits the food scenes in Asheville, North Carolina; Portland, Maine; Eugene, Oregon; Minneapolis, Minnesota and Missoula, Montana.

Hannah Hart is best known as the creator and star of the award-winning, weekly web series My Drunk Kitchen, which has amassed millions of views since its first episode premiered in 2011. In 2012, Hannah launched her first scripted format Hello, Harto, a project that helped distribute food to local communities across America. These efforts in turn created Hannah’s philanthropic community Have a Hart Day, an international, year-round initiative which encourages young leaders to volunteer their time in their own communities. Hannah was recognized by The White House for her ability to mobilize youth through this initiative and she was invited to lead a discussion about millennial engagement with President Obama. She was named to Forbes’ 30 Under 30, an annual list which highlights talented individuals under 30 years old across a variety of fields in 2015. Hannah is also a New York Times best-selling author of two books: “My Drunk Kitchen: A Guide to Eating, Drinking and Going with Your Gut” and “Buffered: Unshared Tales of a Life Fully Loaded.”

Viewers can find all the places that Hannah visits and watch exclusive footage from her stops at FoodNetwork.com/IHartFood What dishes do you want to try? Tell us on social media using the hashtag #IHartFood.

I Hart Food will also be on the Food Network app available at iTunes, Google Play, Amazon Fire or your Roku player – stream episodes live or on-demand with your TV subscription.

FOOD NETWORK (www.foodnetwork.com) is a unique lifestyle network, website and magazine that connects viewers to the power and joy of food. The network strives to be viewers’ best friend in food and is committed to leading by teaching, inspiring, empowering and entertaining through its talent and expertise. Food Network is distributed to nearly 100 million U.S. households and draws over 46 million unique web users monthly. Since launching in 2009, Food Network Magazine’s rate base has grown 13 times and is the #2 best-selling monthly magazine on the newsstand, with 13.9 million readers. Headquartered in New York, Food Network has a growing international presence with programming in more than 150 countries, including 24-hour networks in the United Kingdom, Asia, and the Europe, Middle East and Africa (EMEA) region. Scripps Networks Interactive (NASDAQ: SNI), which also owns and operates Cooking Channel (www.cookingchanneltv.com), HGTV (www.hgtv.com), DIY Network (www.diynetwork.com), Travel Channel (www.travelchannel.com) and Great American Country (www.gactv.com), is the manager and general partner.

Don’t miss the premiere of #IHartFood on August 14th at 10pm on @foodnetwork! Tweet 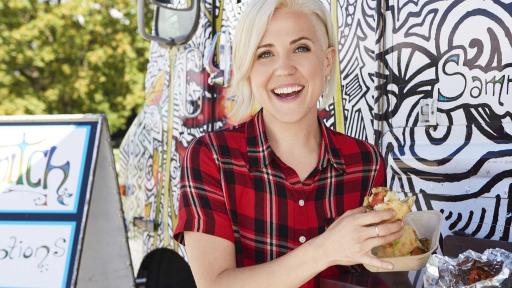 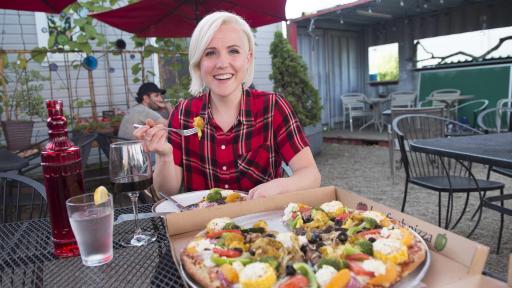 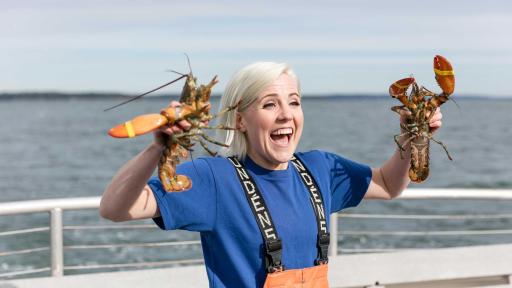 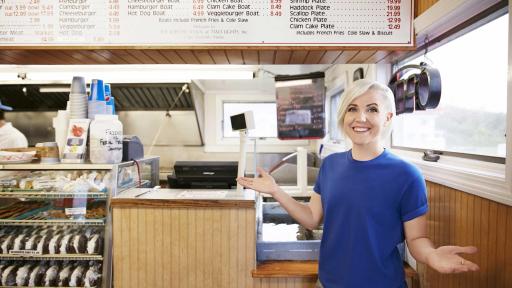 Hannah Hart at The Grey Eagle in Asheville, North Carolina 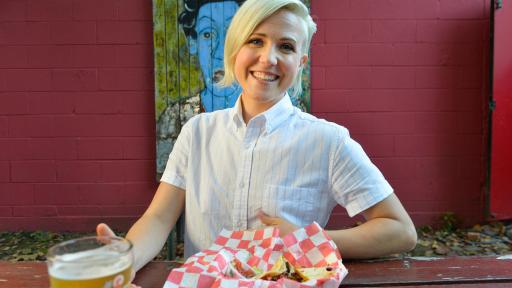 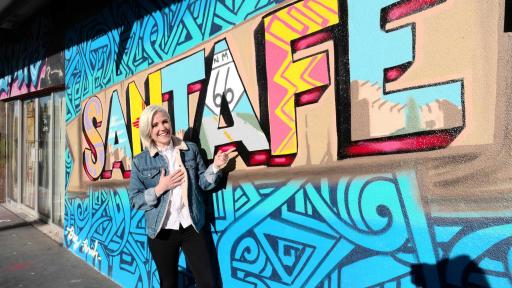