More Info On The New Flavours 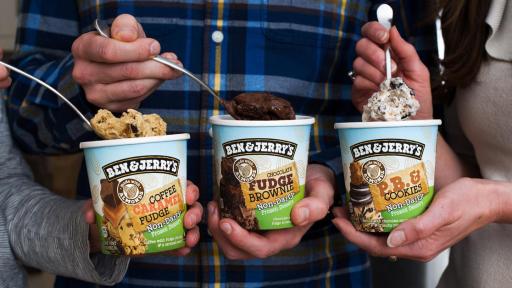 PR Newswire, February 21, 2017, South Burlington, Vt.
Attention, frozen dessert fans unable – or choosing not to - consume dairy; your long wait is over! Now is the time to raise spoons in celebration of an all-new, Non-Dairy line up from Ben & Jerry’s. At last fans can dive deep into a decadent pint and experience all the chunks and swirls Ben & Jerry’s is known for, but this time in a Certified Vegan, almond base indulgence. The new lineup includes three flavours ready for spooning, including:

For years, Non-Dairy fans have been forced to watch ice cream consumers with envy and were unable to participate in a truly indulgent frozen dessert experience. Now the tables have turned. Non-Dairy and vegan consumers can enjoy a classic Ben & Jerry’s flavour as well as a two Non-Dairy exclusive flavours all to satisfy their indulgence cravings.

“I worked for almost two years as the developer of this Non-Dairy line. There was lots of trial and error, but I think fans across Canada are going to be absolutely blown away with the final result,” said Kirsten Schimoler, B&J’s Non-Dairy Queen of R&D. “The combination of our classic chunks, swirls, and fun flavours, creates a Ben & Jerry’s quality experience from the first creamy spoonful, sure to please our vegan and non-dairy fans.”

The Non-Dairy flavour lineup is available in pints (MSRP: $7.99 CAD), and will start rolling onto Canadian shelves on February 27th, 2017. To learn more about Ben & Jerry’s new flavours or to find a store near you, visit www.benandjerrys.ca. 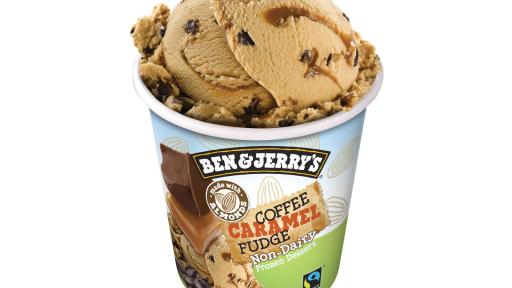 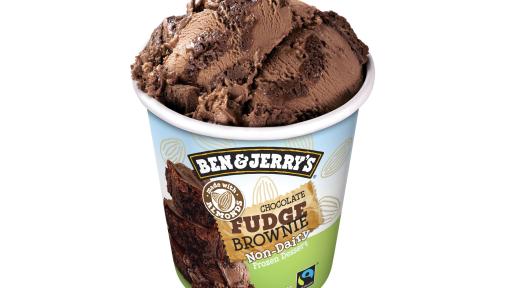 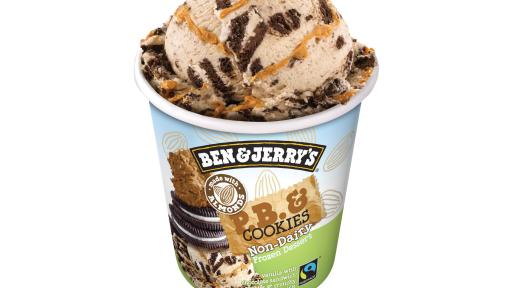 Today @BenJerryCanada launched #nondairy - certified #vegan, made with an almond base, and oh so creamy!  Tweet

ABOUT BEN & JERRY’S
As an aspiring social justice company, Ben & Jerry’s believes in a greater calling than simply making a profit for selling its goods. The company produces a wide variety of super-premium ice cream, yogurt and sorbet using high-quality ingredients. Ben & Jerry’s incorporates its vision of Linked Prosperity into its business practices in a number of ways including a focus on values-led sourcing. Ben and Jerry’s products are distributed in 35 countries in supermarkets, grocery stores, convenience stores, franchise Ben & Jerry’s Scoop Shops, restaurants and other venues. Ben & Jerry’s, a Vermont corporation and wholly-owned subsidiary of Unilever, operates its business on a three-part Mission Statement emphasizing product quality, economic reward and a commitment to the community. Ben & Jerry’s became a certified B Corp (Benefit Corporation) in 2012. The Ben & Jerry’s Foundation’s employee-led grant programs totaled $2.4MM in 2015 to support economic and social justice, environmental restoration, and peace through understanding. For the inside scoop on Ben & Jerry’s visit www.benandjerrys.ca.