IRVINE, Calif., June 29, 2017– Over the last eight years, the Kia Soul and a trio of paw-tapping, music-loving hamsters have stood apart from the competition and captured imaginations. So how did Kia go about improving an icon? By turbocharging it. Now available with a 201-horsepower engine, Kia has upped the ante on its funky crossover, and the latest installment of Kia’s award-winning ad campaign finds the ever-present hamsters welcoming the new addition to the Soul family in “The Arrival.”

Set in a hospital, the spot opens on a young nurse making her rounds in the maternity ward when she happens upon an empty bassinet. Bursting into the hallway, she is joined by other staff members in a futile attempt to catch the nimble newborn hamster and minimize the chaos he leaves in his wake. Emerging on the rooftop helipad, the youngster makes a dramatic leap off the building, and utilizes a make-shift parachute to safely float to the street below where a Turbo Soul is waiting.

“Turbocharging gives consumers a new and more powerful way to experience one of Kia’s most popular vehicles, and we are announcing its arrival by infusing Kia’s iconic hamster campaign with newfound speed and aggressive style,” said Saad Chehab, vice president, marketing communications, Kia Motors America. “The Kia Soul has never had any trouble standing out from the crowd, and with Motörhead’s ‘Ace of Spades’ as the soundtrack, ‘The Arrival’ delivers hard-charging swagger and a healthy dose of mischief and chaos.” 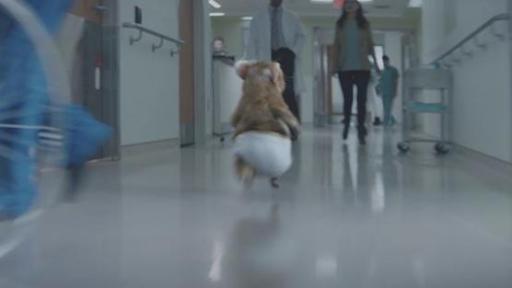 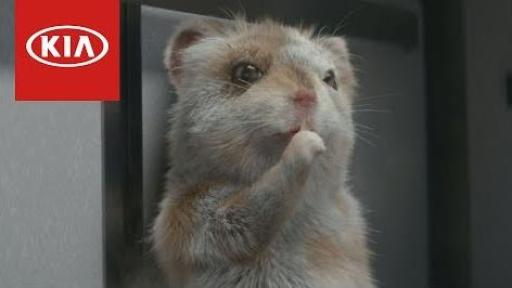 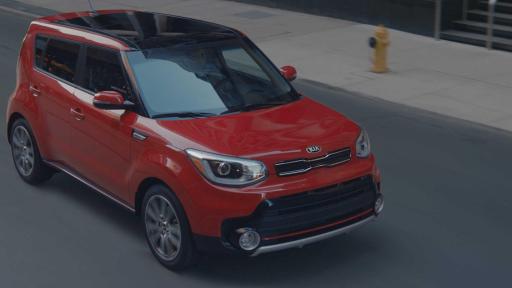 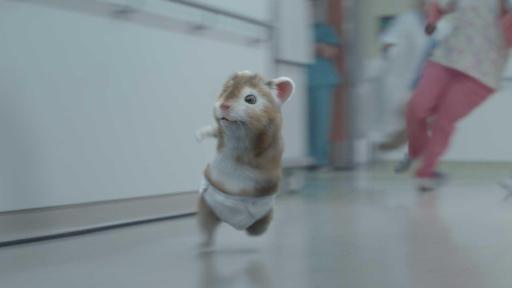 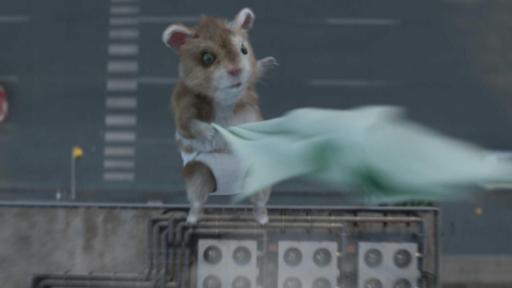 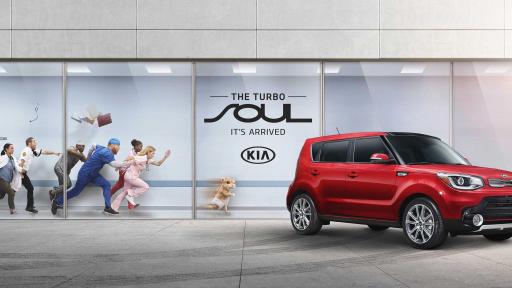 Created by David&Goliath, Kia's advertising agency of record, “The Arrival” will debut online and on more than 25,000 movie theater screens nationwide this weekend through the National CineMedia and Screenvision movie networks. Kia’s latest hamster campaign includes :90, :60, :30 and :15-second versions for both general and Hispanic markets across in-cinema, digital and online channels. An extended cut of “The Arrival” is available now at YouTube.com/Kia.

A pop-culture phenomenon since bursting onto the scene in 2009, Kia’s hip posse of hamsters have always stood out from the crowd and brought people together through music, dance and positivity. Previously, the hamsters utilized popular songs ranging from the Black Sheep’s classic hip-hop track “The Choice Is Yours” and LMFAO’s smash hit “Party Rock Anthem” to Maroon 5’s “Animal” and Lady Gaga’s “Applause,” to spread the word that the Kia Soul offers “a new way to roll.” Most recently, a universal take on the classic riff “Dueling Banjos” was created for 2016’s “Soul Jam,” which incorporated more than 20 different musical instruments. Over the years, the hamsters have become advertising icons with the 2011 spot generating more than 20 million online views alone. In addition, the hamsters were recognized by the Madison Avenue Advertising Walk of Fame and named the first-ever “Rookie of the Year” after being chosen the “Automotive Ad of the Year” for two straight years by Nielsen Automotive.

About Kia Soul
The popular 2017 Kia Soul is available in three trim levels, including Base with manual or automatic 6-speed transmission, Soul Plus with a 6-speed automatic and the new 201-horsepower turbocharged Exclaim1. Prices start at $16,1002. With options3 for desirable features such as premium touch points, an 8-inch scrolling capacitive touch screen, LED mood/music lighting and a panoramic sunroof, the Soul continues to provide value to loyal fans of the funky people mover.

About Kia Motors America
Headquartered in Irvine, California, Kia Motors America continues to top quality surveys and is recognized as one of the 100 Best Global Brands and 50 Best Global Green Brands by Interbrand. Kia serves as the “Official Automotive Partner” of the NBA and LPGA and offers a complete range of vehicles sold through a network of nearly 800 dealers in the U.S., including cars and SUVs proudly built in West Point, Georgia.*

For media information, including photography, visit www.kiamedia.com. To receive custom email notifications for press releases the moment they are published, subscribe at www.kiamedia.com/us/en/newsalert.

* The Sorento and Optima GDI (EX, SX & Limited and certain LX Trims only) are assembled in the United States from U.S. and globally sourced parts.

Get Social With Kia