After last year’s successful introduction of Non-Dairy flavors, fans clamored for more. Emails and tweets, phone calls and posts all implored the company to expand its selection of decadent flavors boldly loaded with “everything but the cow.” Ben & Jerry’s said “We hear ya!” and is happy to introduce three new additions to its line of Non-Dairy Frozen Desserts: 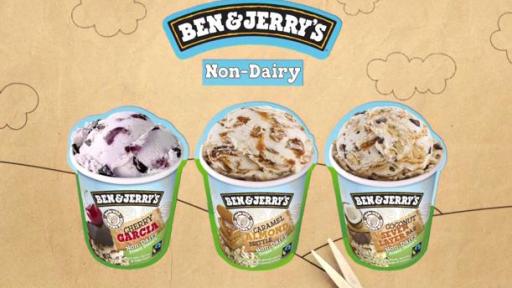 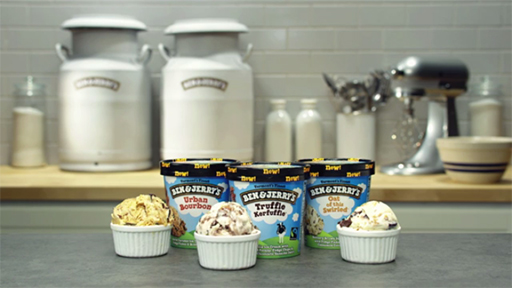 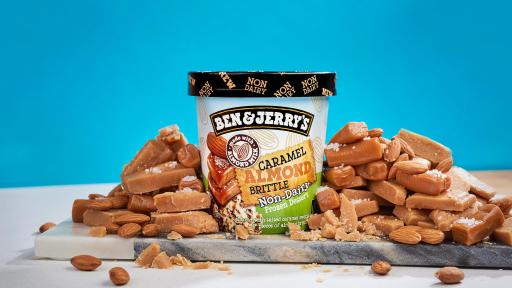 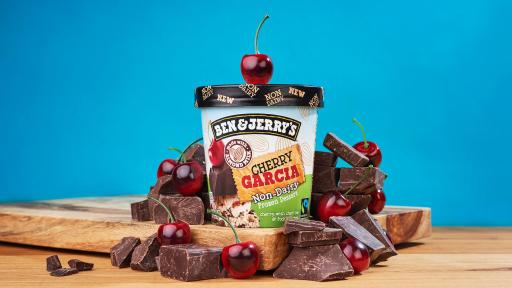 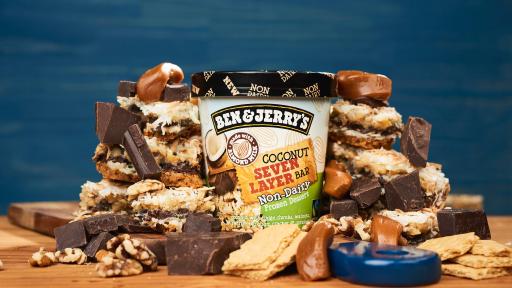 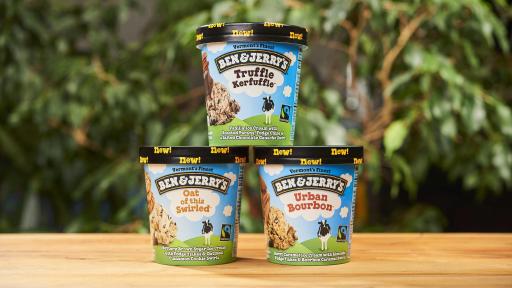 Urban Bourbon is a Burnt Caramel Ice Cream with Almonds, Fudge Flakes, and a Bourbon Caramel Swirl. “Deep brown liquors are enjoying a renaissance right now,” said Flavor Guru Eric Fredette. “Millennials are embracing classic cocktails like Manhattans, and bartenders are being super creative with bourbon. Dessert was the obvious next step—the caramel swirl in this ice cream complements the sweet caramel notes in the whiskey.”

Truffle Kerfuffle is Vanilla Ice Cream with Roasted Pecans, Fudge Chips and a Salted Chocolate Ganache Swirl. “The salty-sweet combination is a hard one to resist,” said Fredette, “especially in desserts. Salted caramel burst on the scene a few years ago, and now salted chocolate is getting some well-deserved attention.”

Oat of this Swirled has a Buttery Brown Sugar Ice Cream with Fudge Flakes and Oatmeal Cinnamon Cookie Swirls. It’s a blatant homage to the company’s iconic Oatmeal Cookie Chunk flavor, which still gets piles of fan mail years after being relegated to the company’s flavor graveyard. “Oatmeal, cinnamon and brown sugar are all about nostalgia,” said Fredette. “It’s like being in your grandmother’s kitchen. This one should satisfy people who yearn for that kind of homeyness.”

Ben & Jerry’s fans can find the new pints in grocery stores nationwide in mid-February, 2017 (MSRP $4.99 for ice cream, $5.99 for Non-Dairy).  Truffle Kerfuffle and Non-Dairy Caramel Almond Brittle will also be available in Scoop Shops. To learn more or to find a store near you, visit https://www.benjerry.com

About Ben & Jerry’s
As an aspiring social justice company, Ben & Jerry’s believes in a greater calling than simply making a profit for selling its goods. The company produces a wide variety of super-premium ice cream, yogurt and sorbet using high-quality ingredients. Ben & Jerry’s incorporates its vision of Linked Prosperity into its business practices in a number of ways including a focus on values-led sourcing. In 2015 the company completed its transition to using entirely non-GMO (genetically modified organisms) ingredients by source as well as to fully source Fairtrade-certified ingredients wherever possible, which benefits farmers in developing countries. Ben & Jerry’s products are distributed in 35 countries in supermarkets, grocery stores, convenience stores, franchise Ben & Jerry’s Scoop Shops, restaurants and other venues. Ben & Jerry’s, a Vermont corporation and wholly-owned subsidiary of Unilever, operates its business on a three-part Mission Statement emphasizing product quality, economic reward and a commitment to the community. Ben & Jerry’s became a certified B Corp (Benefit Corporation) in 2012. The Ben & Jerry’s Foundation’s employee-led grant programs totaled $2.5MM in 2016 to support economic and social justice, environmental restoration, and peace through understanding. For the inside scoop on Ben & Jerry’s visit www.benjerry.com.