Los Angeles, CA—January 16, 2018—Launching a new line of ice cream flavors in mid-January might seem counter-intuitive, but the Flavor Gurus at Ben & Jerry’s have always played by their own, creative rules. This year the ice cream company is dishing up an innovative line of truffle-inspired indulgence (one with a cold brew coffee base!), two more flavors of Non-Dairy deliciousness, and new takes on enjoying long-standing fan favorite flavors in Pint Slices.

“We wanted to bring the WOW factor to our fans for 2018,” said Craig Koskiniemi who helped create the dynamic lineup, from Pint Slice flavors to the truffle-laden lineup additions. “As a foodie at home AND at work, I’m inspired to come up with creative new combinations like a cold brew coffee-based Ben & Jerry’s flavor. These are guaranteed to keep the love of ice cream strong,” added the Flavor Guru. 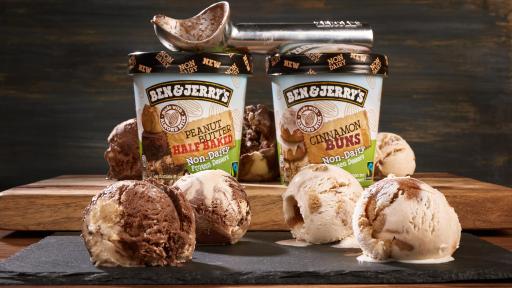 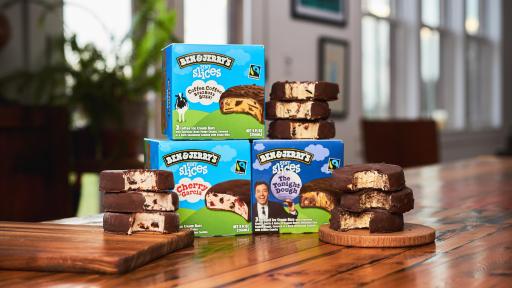 Chillin the Roast, Caramel Chocolate Cheesecake and Chocolate Shake It 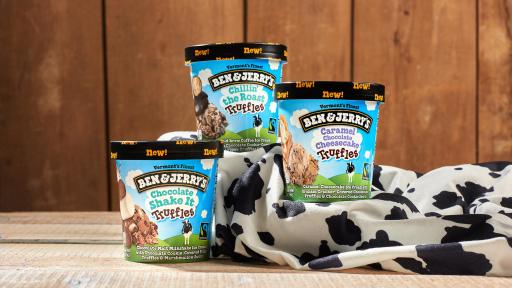 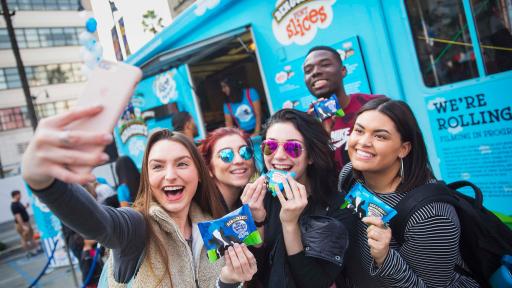 Ben & Jerry’s pint slice carnival is underway at the corner of Hollywood & Vine on Jan 16th from 11am-8pm. 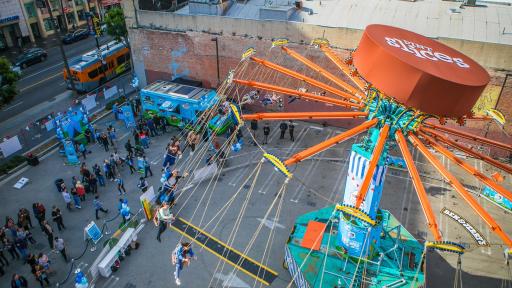 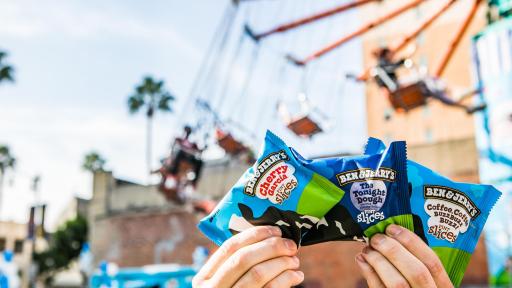 Fans line up at Ben & Jerry’s pint slice carnival to be amongst the first to try the new flavors. 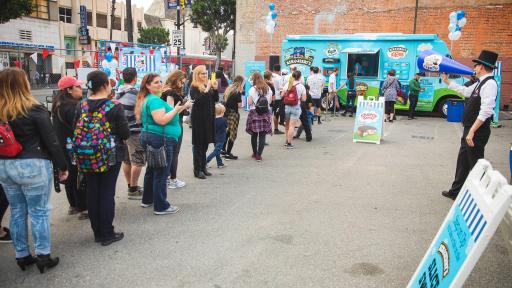 Pint Slices
Ben & Jerry’s builds on its newest novelty innovation, Pint Slices, a portable, on-the-go ice cream bar with all the chunks and swirls of its pint lineup. The ice cream maker is unveiling more fan-favorite flavors in this fantastically fun format.

Cherry Garcia—This legend-dairy lineup leader has been one of the most-requested flavors for Pint Slices. Fans don’t have to wait any longer. Cherry ice cream bars with cherries & fudge flakes, covered in a dark chocolatey coating.

Tonight Dough—Jimmy Fallon’s beloved flavor was one of our most successful launches in pints. Now you can get your hands on it as a Pint Slice. Caramel ice cream bars with chocolate cookie swirls & gobs of peanut butter chocolate chip cookie dough covered in a dark chocolatey coating. If that’s not euphoric enough for you, Jimmy is also donating all his proceeds to the SeriousFun Children’s Network.

To celebrate the launch of the newest Pint Slice flavors, Ben & Jerry’s will go west to amp up the euphoria for fans in Los Angeles with a special pop-up Pint Slice carnival and ride experience. From 11 am - 8 pm today, fans can get in on the fun at the corner of Hollywood and Vine for a special street carnival complete with Pint Slice inspired games, photo booth, and an oversized Pint Slice swing. Tunes provided by iconic record store Amoeba Music (DJ Monalisa from 4 – 8pm).

Truffle Pints
The Truffle Pint lineup includes three decadent flavors with some of the biggest chunks you’ll find in a pint of Ben & Jerry’s. Spooning out the soft, sweet truffles inside these new flavors will make you a certified chunk spelunker.

Non-Dairy
In 2018, Ben & Jerry’s is scooping out more options to fans who appreciate “everything but the cow” with two new Non-Dairy, vegan certified flavors. What started as four almond milk-based frozen dessert flavors is now a line of NINE pints.

Ben & Jerry’s fans can find the new pints and Pint Slices in grocery stores nationwide (MSRP $4.99 for ice cream, $5.99 for Non-Dairy). Chocolate Shake It, Pint Slices, and other unique offerings will also be available in participating Scoop Shops. To learn more or to find a store near you, visit www.benjerry.com

About Ben & Jerry’s
As an aspiring social justice company, Ben & Jerry’s believes in a greater calling than simply making a profit for selling its goods. The company produces a wide variety of super-premium ice cream, yogurt and sorbet using high-quality ingredients. Ben & Jerry’s incorporates its vision of Linked Prosperity into its business practices in a number of ways including a focus on values-led sourcing. In 2015 the company completed its transition to using entirely non-GMO (genetically modified organisms) ingredients by source as well as to fully source Fairtrade-certified ingredients wherever possible, which benefits farmers in developing countries. Ben and Jerry’s products are distributed in 35 countries in supermarkets, grocery stores, convenience stores, franchise Ben & Jerry’s Scoop Shops, restaurants and other venues. Ben & Jerry’s, a Vermont corporation and wholly-owned subsidiary of Unilever, operates its business on a three-part Mission Statement emphasizing product quality, economic reward and a commitment to the community. Ben & Jerry’s became a certified B Corp (Benefit Corporation) in 2012. The Ben & Jerry’s Foundation’s employee-led grant programs totaled $2.5MM in 2017 to support grassroots organizing for social and environmental justice around the country.

Note to Editors: We’d be happy to send you samples of some or all of our new products so you can experience the euphoria for yourself. Just ask.