New York, NY, February 14, 2017 – To coincide with Valentine’s Day, the Ad Council, R/GA and an unprecedented group of brand partners launched, “Fans of Love,” an extension of the iconic Love Has No Labels campaign. The new PSAs, filmed live at the NFL Pro Bowl in Orlando in January, put a twist on the traditional kiss cam by replacing it with an unbiased camera that features all forms of love –friendships, families and romantic relationships– across race, religion, gender, sexuality, ability and age. The goal of the campaign has always been to flood culture with a message of unbiased love, but this year, they’re doing so by actually reframing an iconic part of culture.

“On Valentine’s Day ‘Fans of Love’ highlights that love has the power to bring people together regardless of our differences – a message that is more important now than ever,” said Lisa Sherman, president and CEO of the Ad Council. “We hope that this new creative will encourage all of us to reflect on our own biases and the role we can play in creating a more accepting and inclusive world.”

The Love Has No Labels campaign first launched nationally in 2015 with a video of skeletons dancing and embracing before coming out from behind an x-ray screen revealing themselves as diverse couples, friends and families, followed by “We Are America” featuring John Cena celebrating the diversity of America on Independence Day. The initial “skeletons” video received more than 164 million views making it the second most viewed social activism video of all time.

As with all of the Love Has No Labels campaigns, “Fans of Love” continues to feature real people and relationships to celebrate diversity and promote inclusion. The new PSAs, created pro bono by R/GA, demonstrate that regardless of which team you cheer for or the differences we sometimes struggle to bridge, love is about coming together. The long-form video and TV spot use the jumbotron, an iconic staple at sporting events, to highlight not only romantic love but positive depictions of unity, diversity and acceptance as well. The video starts with a roving fan camera at the NFL Pro Bowl scanning the crowd for couples to feature on the jumbotron. As the camera continues to scan the audience, it readjusts the framing to capture real families, couples and friends across different races, religions, genders, sexualities, abilities and ages. Authentic reactions of surprise and support from real NFL fans at the event are highlighted in the video. Viewers are encouraged to rethink their biases and visit the campaign website to learn more about reducing bias. 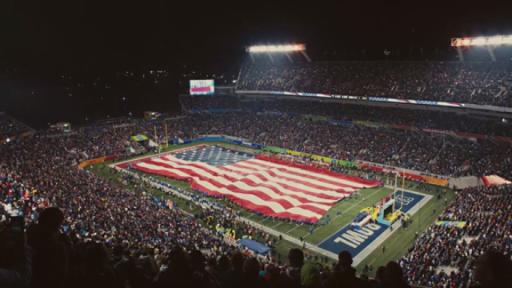 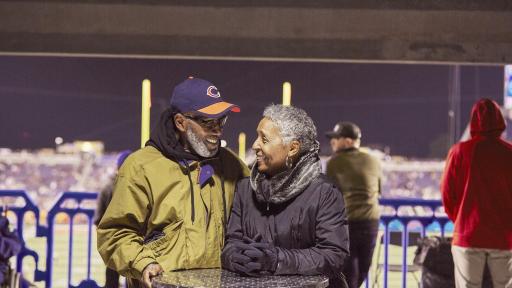 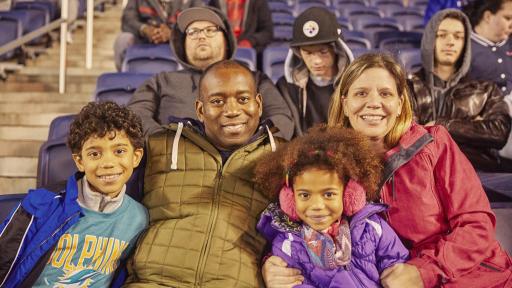 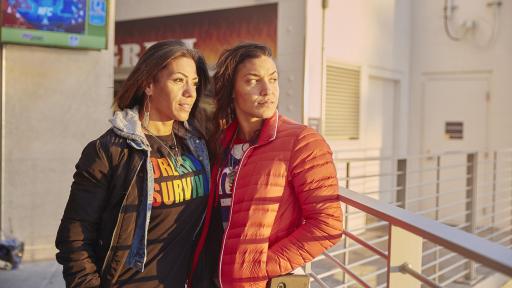 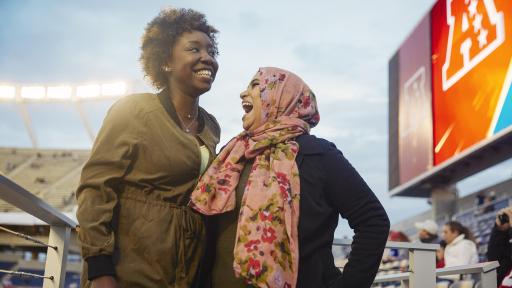 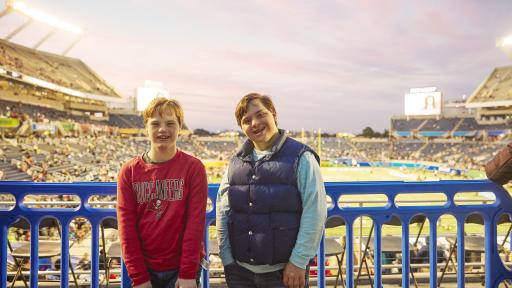 “’Fans of Love’ is the next powerful and timely part of our ongoing ‘Love Has No Labels’ campaign,” said Nick Law, Vice Chairman, Global Chief Creative Officer, R/GA. “Set at a great American event, the Pro Bowl, it’s a reminder that diversity and acceptance is America at its best. Our agency is proud to be involved in continuing this important message.”

With “Fans of Love,” the NFL Pro Bowl becomes a celebration of all fans regardless of which communities they identify with. The real people featured in the spot include Special Olympians who are best friends, a multiracial family, and an Orlando Pulse shooting survivor and her girlfriend among others. In addition to the online video, the integrated campaign includes television spots and digital banners running entirely in time and space donated by the media. The online video and TV spots feature the song “Show Me Love” (Skrillex Remix) ft. Chance the Rapper, Moses Sumney, Robin Hannibal by Hundred Waters.

“The NFL is strongly committed to diversity and inclusion. We are proud to be working with the Ad Council on their Love Has No Labels campaign,” said Anna Isaacson, NFL Senior Vice President of Social Responsibility.

The campaign directs audiences to lovehasnolabels.com, which features a quiz to help people examine their own biases and resources on how to take actionable steps to rethink those biases. An interactive “Fans of Love” video will present relevant campaign facts and links to educational content to audiences as they are watching the film. The campaign taps into the expertise of six leading non-profit organizations including, Anti-Defamation League, Southern Poverty Law Center, Human Rights Campaign, American Association of People with Disabilities, AARP and Perception Institute. To show their support for creating a more accepting and inclusive community visitors can use the “Faces of Love” tool by adding the iconic Love Has No Labels frame to their photos and purchasing Love Has No Labels merchandise in the campaign shop.

Since the campaign’s initial video first launched, Love Has No Labels has won an Emmy for Best Commercial, marking the first time a public service ad has received the award. There have been over 4.3 million sessions on lovehasnolabels.com, where visitors can take a quiz to examine their own biases. Since the launch of the campaign, significantly more adults agree that they can create a more accepting and inclusive environment (61% in March 2015 to 72% in December 2016), according to a survey commissioned by the Ad Council and conducted by Ipsos, Public Affairs. To date, the campaign has received more than $44 million in donated media.

The campaign brand sponsors, including founding partners PepsiCo, P&G, State Farm®, Unilever and The Coca-Cola Company and recent partners, Bank of America, Google and Johnson & Johnson, are supporting “Fans of Love” by promoting content across their channels. In addition to funding the campaign, brand partners will show their support during the year through on- and offline activations including, social messaging, social influencer programs, employee engagement, events and more.

The fully integrated campaign also includes support and activations from key partners including NFL, social platforms and publishers. In addition to debuting the “Fans of Love” cam at the Pro Bowl, NFL will also utilize its platforms including donating time on NFL Network, as well as other fan-facing vehicles, to support the campaign. Upworthy, a 2015 campaign launch partner, continued its support for Love Has No Labels by featuring “Fans of Love” on its social channels. Tumblr is supporting “Fans of Love” by sharing the video with their Post It Forward community to amplify the campaign’s call to action to the user base at large, as well as hosting an Issue/Answer time in the upcoming months. Facebook, Kargo, ESPN, VOX, Bauer and Little Things are extending the campaign message through donated media support on its respective platforms. Hearst will share “Fans of Love” through Seventeen’s and Cosmo’s social channels, and SheKnows and Fatherly are supporting through its respective social channels as well. Publicis Media continues to provide donated media strategies, negotiations and placements for the campaign. Jack Morton Worldwide, a global brand experience agency, has joined the campaign to help extend the “Love Has No Labels” message through social activations on the campaign’s social communities.

The Ad Council is a private, non-profit organization with a rich history of marshaling volunteer talent from the advertising and media industries to deliver critical messages to the American public. To learn more about the Ad Council and its campaigns, visit www.adcouncil.org, like us on Facebook, follow us on Twitter or view our PSAs on YouTube.

R/GA, the agency for the Connected Age, develops products, services and communications to grow our clients’ brands and businesses. Founded in 1977, the agency has been a pioneer at the intersection of technology, design and marketing with work spanning web, mobile, and social communications, retail and e-commerce, product innovation, brand development and business consulting. R/GA has 2,000 employees globally with offices across the United States, Europe, South America, and Asia-Pacific and is part of The Interpublic Group of Companies (NYSE:IPG), one of the world’s largest advertising and marketing services organizations. For more information on R/GA, please visit us at www.rga.com and on Facebook and Twitter.

Love Has No Labels