Find a Camp Invention Near You

CANTON, Ohio – April 4, 2017
Camp Invention®, the nation’s premier summer enrichment program for children entering kindergarten through sixth grade, is back for another action-packed summer. During this weeklong day camp, children are empowered to have big ideas while they take on challenges that inspire them to question, brainstorm, work as a team and build their very own prototypes.

Camp Invention is a program of the National Inventors Hall of Fame® (NIHF), a nonprofit organization dedicated to honoring, challenging and inspiring innovation. Founded in 1973 in partnership with the United States Patent and Trademark Office, NIHF’s education programs provide a unique experience for children to learn about the importance of Intellectual Property while they explore, create and design. 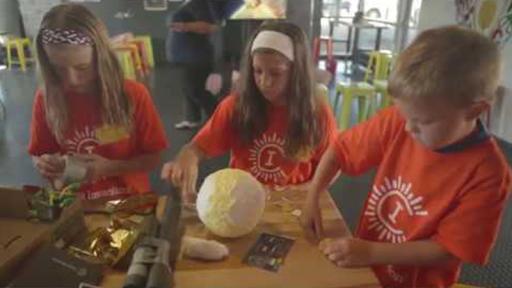 I am an Inventor 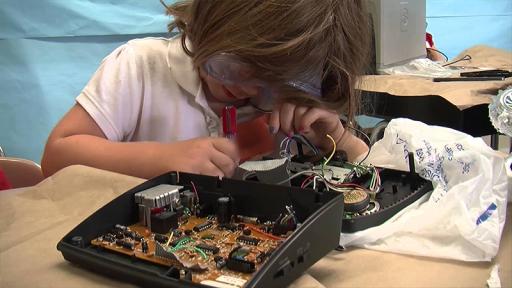 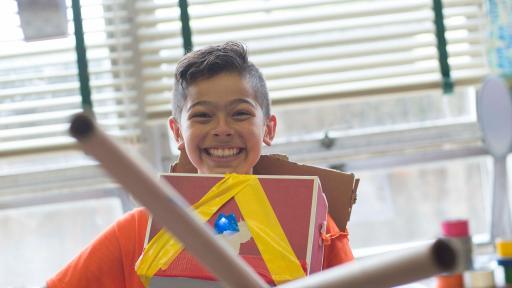 Have a Blast™ Module 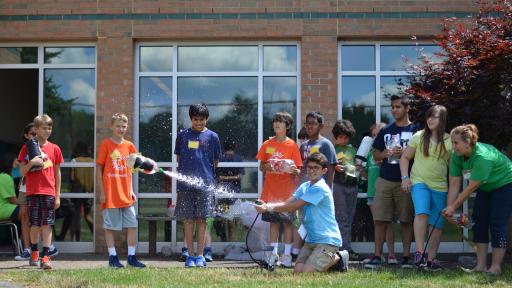 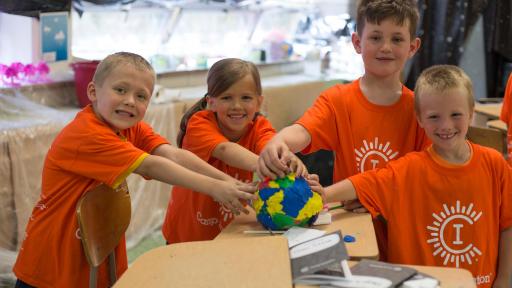 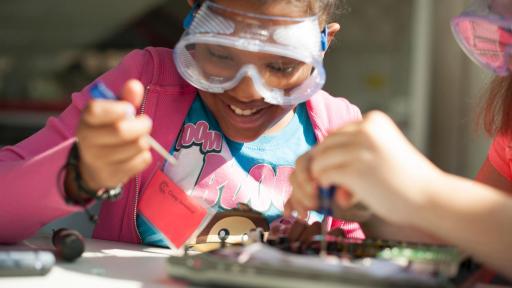 [email protected] is fueled by the Nation’s Greatest Makers. Give your child the opportunity to Launch! Tweet

Through the use of hands-on activities, Camp Invention promotes science, technology, engineering and mathematics (STEM) learning — as well as builds 21st-century skills — in a fun and engaging environment. The program features new curriculum each year, which is inspired by some of our nation’s most brilliant minds — the National Inventors Hall of Fame Inductees.

“If you go to Camp Invention, it is so great to watch the kids, but it’s even better to sit down at their tables,” said Steve Sasson, inventor of the digital camera and 2011 NIHF Inductee. “The kids take pieces from old devices and put them together to create a new object that solves a problem, and they collectively work on this around a small table. If you sit and actually listen to them and how they describe their invention, it’s powerful, because they feed off each other — and that’s how inventions really are created.”

Camp Invention prides itself on using problem-based learning and hands-on activities to tackle the fears of STEM education and enables students to embrace the art of innovation. According to ChangeMaker Consulting, a third-party market research and analytics firm, the model is working. Data analysis from Camp Invention satisfaction surveys indicated that parents saw a significant increase in their children’s interest and confidence in STEM after attending Camp Invention.

“Our programs boost STEM confidence in children as they learn and develop new skills to build on what they learn in the classroom,” said NIHF CEO Michael Oister. “Camp Invention’s hands-on activities encourage curiosity and collaboration, while children work together to build invention prototypes that solve problems.”

Local programs are facilitated and taught by certified educators who reside and teach in the community. To find a camp near you, visit our Camp Finder or for additional information visit www.campinvention.org.

Join the Camp Invention conversation and help shape the future of our nation by using #CampInvention on social media!

About Camp Invention:
Camp Invention is the only nationally recognized summer program focused on creativity, innovation, real-world problem solving and the spirit of invention. Through hands-on programming, Camp Invention encourages children entering kindergarten through sixth grade to explore science, technology, engineering and mathematics curriculum inspired by some of the world's greatest inventors. Camp Invention is a program of the National Inventors Hall of Fame.

About the National Inventors Hall of Fame:
The National Inventors Hall of Fame (NIHF) is the premier nonprofit organization in America dedicated to recognizing inventors and invention, promoting creativity, and advancing the spirit of innovation and entrepreneurship. Founded in 1973 in partnership with the United States Patent and Trademark Office, NIHF is committed not only to honoring the individuals whose inventions have made the world a better place, but also to ensure American ingenuity continues to thrive in the hands of coming generations through its national, hands-on educational programming and challenging collegiate competitions focused on the exploration of science, technology, engineering and mathematics. NIHF has served more than 1.25 million children and 125,000 educators and interns, and awarded more than $1 million to college students for their innovative work and scientific achievement through the help of its sponsors.