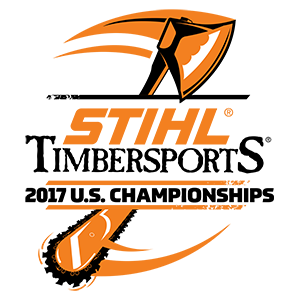 VIRGINIA BEACH, Va. (Feb. 21, 2017) – The STIHL® TIMBERSPORTS® Series will be bringing the top lumberjack athletes in the country to Milwaukee this summer. The Series will host its U.S. Pro and Collegiate Championship at German Fest, at the BMO Harris Pavilion at Henry Maier Festival Park in Milwaukee, from July 28 to 30. The top 20 professional and eight collegiate athletes will chop and saw their way toward the title of Best Lumberjack in the USA.

The STIHL® TIMBERSPORTS® Series pits premier lumberjack athletes in thrilling and grueling chopping and sawing competitions to determine the top lumberjack in the country. The Series, which is in its 32nd season, will air on ABC in the fall with re-airs on ESPN, ESPN2 and NBC Sports.

“Each season we look to identify a Championship host city that can help our sport grow and reach a new fanbase; Milwaukee fits that criteria perfectly,” said STIHL® TIMBERSPORTS® Series Executive Producer Brad Sorgen. “German Fest is already a largely successful festival, and we’re proud to be a part of it and to help bring in a new fanbase.” 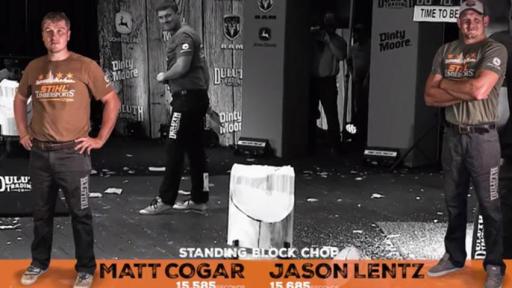 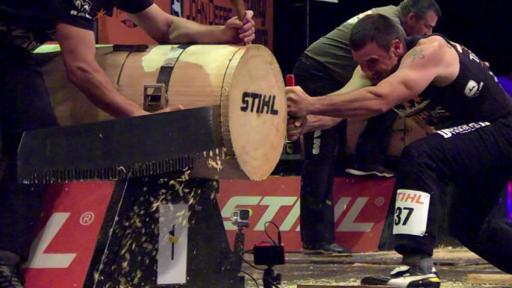 After taking a few swings, Matt Cogar knocks it clean off during the springboard. 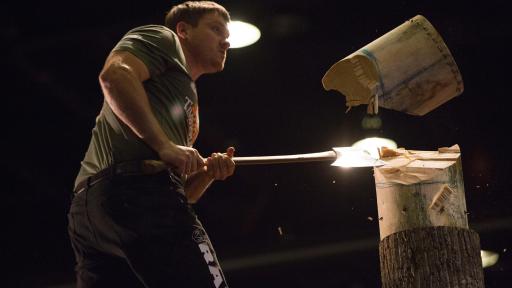 Mike Slingerland rips into the wood during the hot saw event. 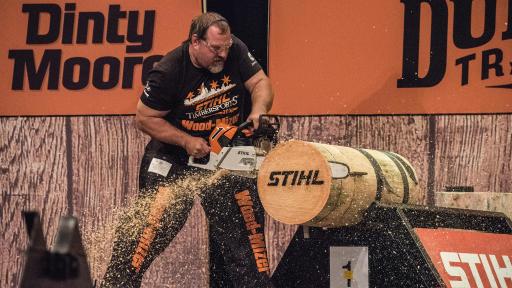 Dave Jewett finishes strong in the single buck with the assist of Jason Lentz. 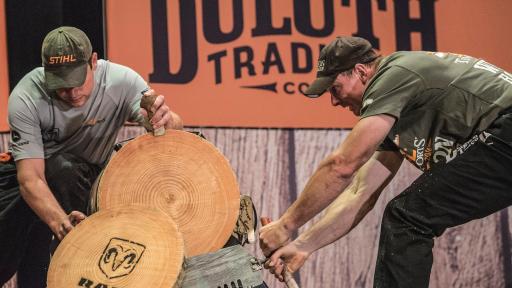 “The German Fest Board of Directors proudly welcomes The STIHL® TIMBERSPORTS® Series to German Fest this year,” said German Fest President Eric Radue. “Lumberjack and other timber-related activities have a long and distinguished history in Germany, which many German-Americans brought to the United States with them. The Series is a great fit for our festival and we look forward to the addition of these top athletes to our showcase of German Heritage.”

New to the 2017 season, the Series is also proud to announce the launch of its first U.S. Women’s Division. The inaugural Women’s Division Championship will take place from June 16 to 18 as part of the Men’s Professional Northeast Qualifier in Cherry Valley, N.Y. The athletes will compete in the underhand chop, stock saw and single buck disciplines to determine the top overall lumberjill.

“We’ve had several talented female competitors express interest in an official division, so it made perfect sense for us to launch a Women’s Division this year,” said Sorgen.

Also new this year, the Series has developed fun and exciting iMessage stickers. The stickers feature top athletes, disciplines, and other elements of the sport. The stickers can be purchased at the Apple App Store at https://itunes.apple.com/us/app/stihl-timbersports-2017-stickers/id1202417996?mt=8.

Find out who is the Best Lumberjack in the USA, July 28-30 #germanfest @timbersports  Tweet

Since 1985, the STIHL® TIMBERSPORTS® Series has experienced exponential growth. What started as a small, passionate, niche sport for professional lumberjacks has grown into a sport with global popularity, millions of fans, and tremendous exposure reach via broadcast and digital viewing. Airing on several national networks, and garnering tremendous engagement socially, the sport has broken into the mainstream.

The 2017 athlete roster is headlined by one of the best athletes who has ever competed in the sport – Matt Cogar, who last year became the first American athlete to ever win four straight U.S. Championships. He’ll be challenged by his cousin, Arden Cogar, Jr. (three titles, 2016 runner-up), Mel Lentz (seven career U.S. Championships and dubbed “King of the Lumberjacks”), Jason Lentz (2015 runner-up), Nathan “Bucket” Waterfield (2015 and 2016 third place finisher), and many more. For a full list of athletes participating, visit: STIHLUSA.com/stihl-timbersports/athletes/

“This sport has been very good to me, and I’m honored to represent a sport with such talented competitors,” said Matt Cogar. “It’s never easy defending these titles, and 2017 will be no different. I’m looking forward to going to Milwaukee and putting on a show for the fans.”