Toyota returned to the festival as the exclusive automotive sponsor of the musical extravaganza bringing the Toyota Música experience to life with a variety of activities and performances highlighting emerging artists and providing festivalgoers a weekend packed with musical delights.

Toyota has supported music in Chicago and the surrounding region for a number of years through participation in a number of music festivals as well as philanthropy. In addition to Ruido Fest, Toyota is gearing up for an epic return to the Lollapalooza festival in August. 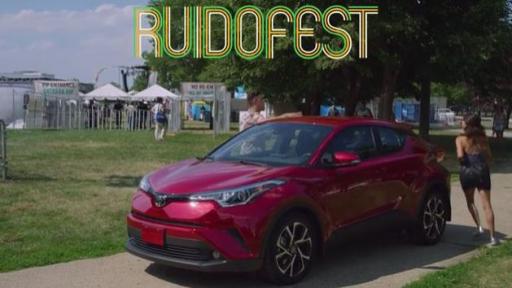 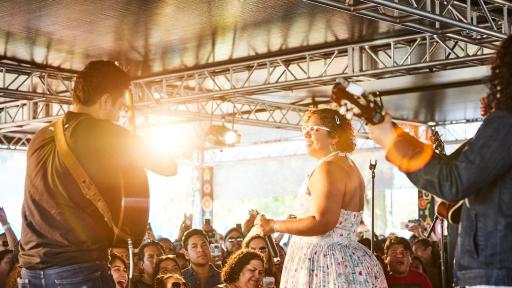 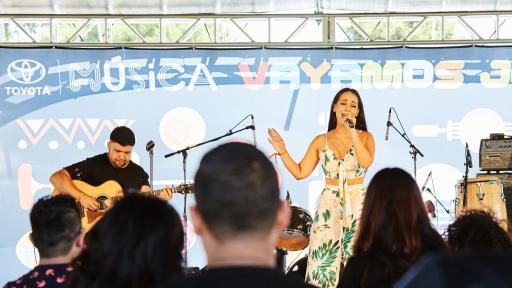 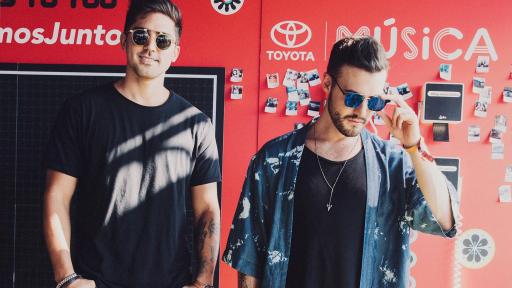 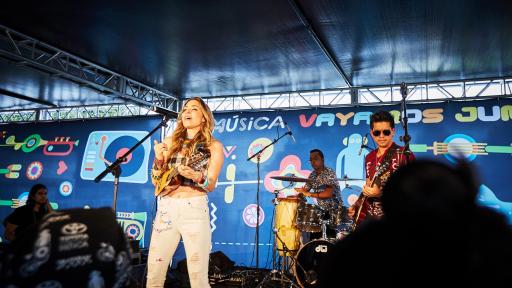 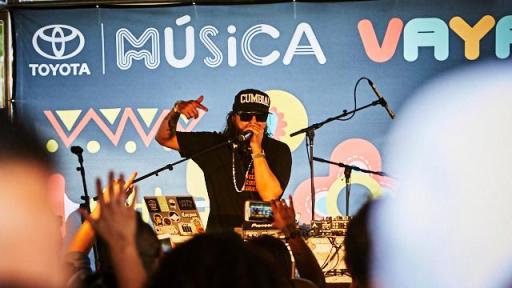 “Music is embedded in the fabric of the lives of so many of our guests,” said Tyler McBride, Toyota’s engagement marketing manager.  “Toyota is always looking for ways to authentically connect with our guests and we do this by sharing in the musical journey of emerging artists. That’s why we’re so excited to return to Ruido Fest and feature the Toyota Music Den providing a stage for artists who might not have a chance to perform at these festivals and share their music with their fans.”

The Toyota Music Den presented a mix of emerging artists providing both an opportunity for the bands to perform and an intimate setting for their fans to see them at the festival. The stage presented some of today’s most exciting up-and-coming Latin bands, DJs and musicians.  The lineup included:

The interactive and engaging space also featured an array of vehicles and music-inspired activities. Guests took Instagramable photos inside the Toyota RAV4 while also taking home the Chicago skyline on a custom vinyl cityscape when they sat inside the sporty Corolla. Emcee Renzo also entertained guests spinning music on the stage during the 3-day Toyota Música experience.

In addition, Toyota (@ToyotaLatino) invited multi-platinum Universal recording artist Joey Montana (@JoeyMontanaT) and Mexican-American radio host Krystal Bee (@KrystalBee) on a road trip to the Windy City to discover new music artists at Ruido Fest. The journey continues later this month to FYF Fest in Los Angeles and Lollapalooza in August aboard the stylish all-new Toyota C-HR. Fans can follow the music and journey on Facebook, Twitter and Instagram with hashtag Vayamos Juntos.

To continue its support of the arts, Toyota announced its third-year partnership with the VH1 Save The Music Foundation in support of music and music education.  Last year, Toyota and VH1 Save The Music executives presented a $40,000 grant to three deserving Chicago schools alongside a high-spirited performance by Chicago-bred urban gospel singer Sir the Baptist.

Toyota developed a social activation to engage attendees at several festivals and raise funds. Festivalgoers visit the activation space and share on social media using #ToyotaGiving to show their support. This year, Toyota will present an education grant to a Las Vegas school in partnership with VH1 Save the Music and Life is Beautiful Music & Art Festival taking place in September.

“We’re excited to partner once again with the VH1 Save the Music Foundation in an effort to continue supporting music education and feel honored to have given back to the Chicago community last year,” said McBride.

About Toyota
Toyota (NYSE:TM) has been a part of the cultural fabric in the U.S. and North America for 60 years, and is committed to advancing sustainable, next-generation mobility through our Toyota and Lexus brands. During that time, Toyota has created a tremendous value chain as our teams have contributed to world-class design, engineering, and assembly of more than 33 million cars and trucks in North America, where we operate 14 manufacturing plants (10 in the U.S.) and directly employ more than 46,000 people (more than 36,000 in the U.S.). Our 1,800 North American dealerships (nearly 1,500 in the U.S.) sold almost 2.7 million cars and trucks (2.45 million in the U.S.) in 2016 – and about 85 percent of all Toyota vehicles sold over the past 15 years are still on the road today.

[email protected] and @lamala among other artists