NEW YORK, June 5, 2017 – IMAX Corp. (NYSE: IMAX) today released five thought-provoking documentaries as part of its In Focus program, which cultivates young filmmakers and provides them an opportunity to tell compelling stories that promote change through film. Today’s release of the eight-minute documentaries – available on IMAX’s and UN Environment’s websites – coincides with the United Nations’ World Environment Day, the largest annual event for global actions to protect the environment.

The student documentaries strive to educate audiences on a host of topics, including wildlife protection, ecological threats, and air and water pollution. Each documentary was produced under the auspices of IMAX In Focus to showcase the work of young filmmakers and help them use the power of film to entertain, educate and inspire actions to improve and protect the planet.  Launched in October as part of an IMAX-UN Environment partnership, In Focus is a component of IMAX Big Picture, a comprehensive corporate social responsibility effort to drive awareness of environmental and societal issues.

“As a longtime participant in filmed entertainment, IMAX has an obligation to ensure the industry remains strong for decades to come,” said IMAX CEO Rich Gelfond. “Part of that commitment includes cultivating the next generation of filmmakers. In Focus formalizes our efforts to help young filmmakers unlock their innate creativity and open their eyes to the power of storytelling.”

“We are so proud of the work created by these budding filmmakers, which shines a light on important environmental issues as well as their own creative abilities,” said Gelfond. “For well over a century, film has been an influential tool, bridging cultural understanding across borders. As a result of this effort, these young artists see first-hand how this medium can be used to express their ideas and raise awareness of the issues they’re passionate about.” 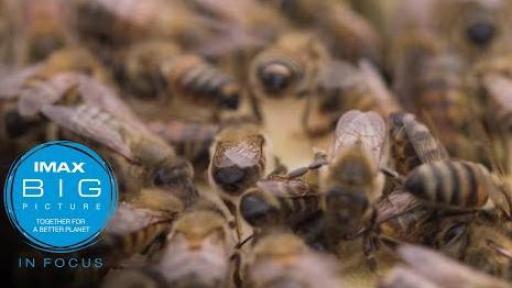 On the Backs of Salmon Documentary (short) 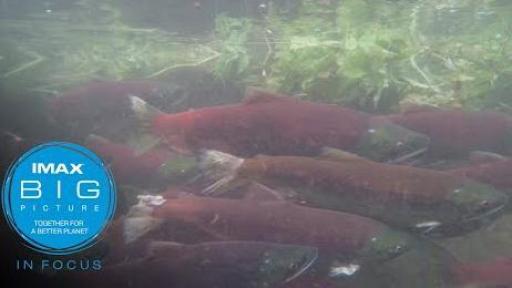 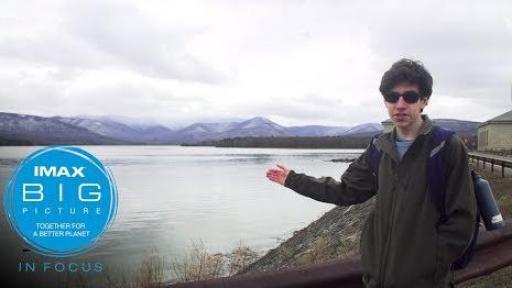 Beyond the River of Grass Documentary (short) 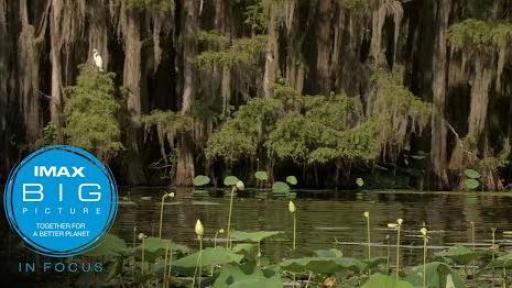 The Air We Breathe Documentary (short) 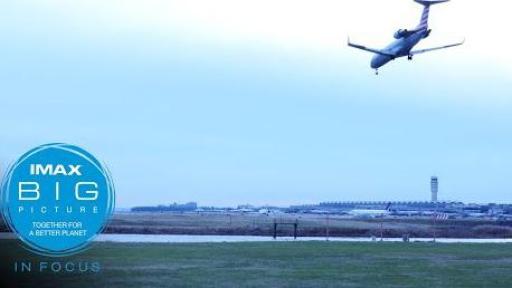 At last year’s unveiling of In Focus, IMAX awarded $5,000 individual grants to four high school film programs and a non-profit workshop selected by the All-American High School Film Festival.  Each film program was asked to produce an eight-minute and a four-minute documentary, as well as related social media content, including Instagram and Snapchat posts.  The topics covered in the films needed to align with one of three sustainable development goals established by the UN in 2015:

Life below water - efforts to conserve and sustainably use the planet’s oceans, seas, and marine resources.

“It was a pleasure working with IMAX to bring this program to life and encourage these young filmmakers to create compelling content that can effect change,” said AAHSFF Executive Director Tom Oliva. “The In Focus program aligns seamlessly with what we strive to achieve – cultivating young filmmakers and recognizing their talented work.”

“The release of these documentaries on World Environment Day is a fitting testament to the importance of empowering our youth to use their voices to drive change for a better tomorrow,” said UN Environment Chief Erik Solheim. “We support IMAX's commitment to helping young filmmakers share these stories with a larger audience, hopefully resulting in changes that create a healthier environment.”

The following are summaries of the five documentaries:

On the Backs of Salmon
Ballard High School, Seattle
The students tell their story through the lens of the Elwha River Ecosystem and Fisheries Restoration Act of 1992, which authorized the removal of two huge dams, built in 1911, that had decimated the salmon population.  That led to one of the most successful environmental efforts ever undertaken, restoring the local ecosystem of Washington state’s Olympic Peninsula.

The Air We Breathe
Woodrow Wilson High School, Washington, D.C.
The students explore the health dangers posed by ozone pollution, produced by engine exhaust, in Washington, D.C.  The filmmakers use congested roads, heavy air traffic and commuter rail to illustrate the area’s buzz of activity and flow of people who live or work in the metro area. (Note: The UN plans to use the documentary as part of its “Breathe Life” initiative.)

Beyond the River of Grass
University School of Nova Southeastern University, Fort Lauderdale, Fla.
The filmmakers explore the uniqueness of Florida’s Everglades and the importance of the Everglades Restoration Project (being studied since 2000).  The Everglades’ Lake Okeechobee provides drinking water to 8 million Floridians.  With the rising pollution, water quality alerts are increasingly common.

Generation Zero Explores: Drinking Water
Mythic Bridge Youth Filmmaking Workshops, New York City
The filmmakers explore the history of New York City’s tap water in contrast to other areas in the U.S. where lack of access to clean water is a critical issue.

About IMAX Corporation
IMAX, an innovator in entertainment technology, combines proprietary software, architecture and equipment to create experiences that take you beyond the edge of your seat to a world you’ve never imagined. Top filmmakers and studios are utilizing IMAX theatres to connect with audiences in extraordinary ways, and, as such, IMAX’s network is among the most important and successful theatrical distribution platforms for major event films around the globe.

IMAX is headquartered in New York, Toronto and Los Angeles, with offices in London, Dublin, Tokyo, Shanghai and Beijing. As of March 31, 2017, there were 1,226 IMAX theatres (1,121 commercial multiplexes, 14 commercial destinations and 91 institutions) in 75 countries. On Oct. 8, 2015, shares of IMAX China, a subsidiary of IMAX Corp., began trading on the Hong Kong Stock Exchange under the stock code “HK.1970.”

IMAX®, IMAX® 3D, IMAX DMR®, Experience It In IMAX®, An IMAX 3D Experience®, The IMAX Experience®, IMAX Is Believing® and IMAX nXos® are trademarks of IMAX Corporation. More information about the Company can be found at www.imax.com. You may also connect with IMAX on Facebook (www.facebook.com/imax), Twitter (www.twitter.com/imax) and YouTube (www.youtube.com/imaxmovies).

About UN Environment
UN Environment is the leading global voice on the environment. For more information, visit www.unep.org. Follow us on Facebook at www.facebook.com/unep and Twitter at www.twitter.com/unep.

Each year, in the heart of New York City, we present the world’s largest high school film festival. We offer a grand stage for the next generation of talented filmmakers where they can: screen their amazing creations, learn from top industry professionals, connect with the latest technology, explore myriad higher education opportunities, receive scholarships and technology prizes, and, perhaps most importantly, create a community of shared passions and lifelong relationships.

We believe in the voices of our youth.

We invest in the stories they have to tell.

We empower young artists to share their stories and transform their world through digital media.

This press release contains forward looking statements that are based on IMAX management’s assumptions and existing information and involve certain risks and uncertainties which could cause actual results to differ materially from future results expressed or implied by such forward looking statements. These risks and uncertainties are discussed in IMAX’s most recent Annual Report on Form 10-K and most recent Quarterly Reports on Form 10-Q.