Check out ThreeOlives.com for inspiration and explore stories of otherness 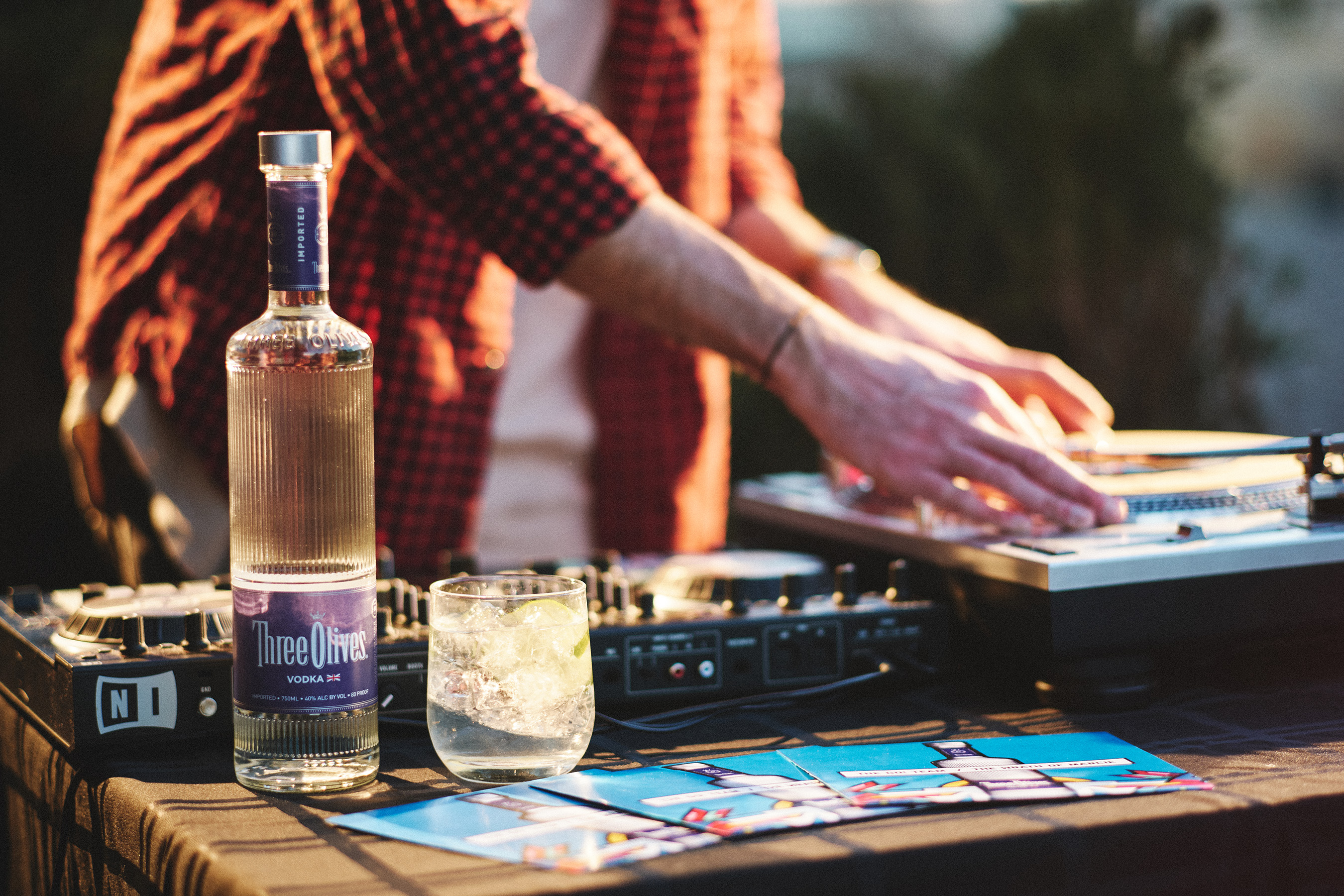 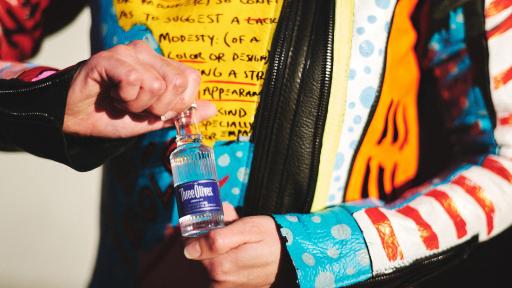 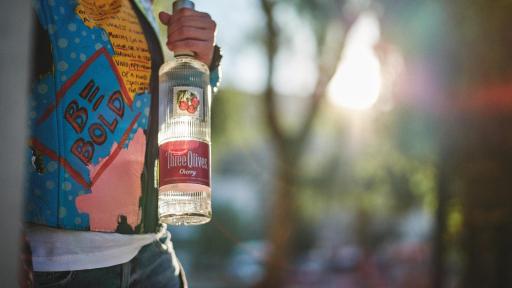 GRAMMY®-nominated singer-songwriter Halsey, Van Orton Design and others join Three Olives to inspire consumers to embrace their individuality and uncover the excitement found in eccentricity

Jersey City, NJ [April 10, 2017] – Three Olives®, the original premium flavored vodka brand made with vodka imported from England, introduces “Find Otherness,” a new campaign celebrating those who believe a playful spirit of eccentricity makes life more exciting. “Find Otherness” launches today across video, native and social platforms with a 30-second spot and five vignettes highlighting the stories of individuals who embrace new perspectives and cast boring to the wind. The campaign will continue throughout the year with new partnerships, events and product offerings.

Three Olives collaborated with the duo behind Van Orton Design, whose signature kaleidoscopic, neon-colored aesthetic brings “Find Otherness” to life in the perspective-shifting new creative. The duo is featured in the first vignette, entitled “Find Inspiration,” and can be viewed at www.threeolives.com. The Van Orton brothers never reveal their faces in public, so the two-minute video is filmed from their perspective, singularly capturing what they see that brings inspiration to their art. 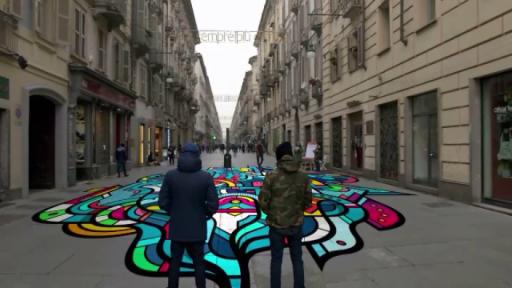 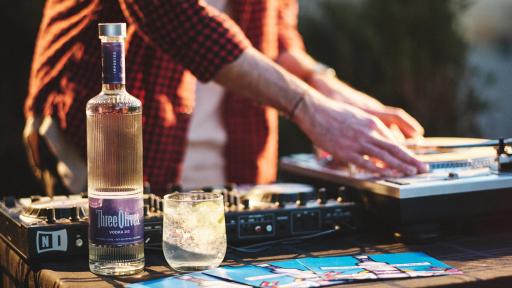 ‘Find Otherness’ reflects the fun and quirky spirit inherent in Three Olives, and is a departure from the overly serious, nightlife imagery traditionally associated with vodka advertising,” said Erin Chin, Group Brand Director for Three Olives Vodka. “With more than 20 unique flavors, Three Olives continues to stand out from the vodka pack with a campaign that celebrates others like us, who appreciate the excitement that comes from embracing new perspectives.”

“The creative concept for ‘Find Otherness’ boldly, but inclusively, celebrates individuality,” said Ken Matsubara, Creative Director at The VIA Agency, who created the campaign with Three Olives. “For our work we chose artists who have a unique point of view on fashion, music, art and other media. They were also asked to participate based on their talent and passion, not the size of their following, because that’s how you get ideas that are both unique and universal. Three Olives isn’t only about setting trends, but also about sharing them.”

Three Olives will partner with GRAMMY nominated singer-songwriter, Halsey, to kick off ‘Find Otherness’ on the road to the most anticipated music festival of the year in Indio, California. Media and influencers will “Find Otherness” at a variety of desert hotspots, culminating at a first-of-its-kind “Three Olives Thrift Shop,” with special guest Halsey, who will be sharing her personal style tips, details about her upcoming album “hopeless fountain kingdom,” along with dressing guests for the weekend long festival of events.

“As an artist, my main priority is promoting confidence and individuality. It's important to shine a spotlight on the subtle nuances that make all of us so special and so unique,” said Halsey. “Like Three Olives Vodka and Find Otherness, there is nothing better than celebrating the glory of being comfortable in your own skin.”

Later this summer, Three Olives will introduce two new flavors that will be accompanied by an additional online vignette profiling fine-art-bodypainter Johannes Stötter.

For more information, visit www.threeolives.com for inspiration and to explore stories of otherness from bold individuals. Fans can join the conversation on social media @ThreeOlives on Twitter and Instagram or the Three Olives Facebook page, and discover Halsey’s favorite cocktails and festival style tips.

About Three Olives®
Launched in 1998, Three Olives Vodka is the ultimate expression of creativity in an imported premium vodka brand. Inspired by the classic vodka martini served garnished with olives, Three Olives is made from the finest wheat harvested in England and undergoes quadruple distillation and filtration to produce a smooth and elegant taste that serves as the base for our highly mixable flavored offerings. Acquired by New Jersey-based Proximo in 2007, Three Olives offers a classic, unflavored vodka as well as more than 20 distinct flavors. Visit threeolives.com for more information.

About The VIA Agency
The VIA Agency is an employee-owned, full-service creative agency that’s dedicated to helping its clients grow their businesses through creativity. Located in Portland, Maine, VIA has helped some of the world’s most recognizable brands and innovative enterprises — such as Unilever, L.L.Bean, Perdue Farms and Facebook — create groundbreaking campaigns that reflect their own unique corporate styles. VIA also fundamentally believes in using creativity to drive cultural change and has dedicated its services to numerous humanitarian organizations, including Greenpeace and the United Nations. VIA was named one of Ad Age’s 2016 Best Places to Work and Ad Age’s 2011 Small Agency of the Year. www.theviaagency.com.