Read More
Beyond Partisan Politics: A Civilized Forum for Debate will be held April 1st at the New York Public Library 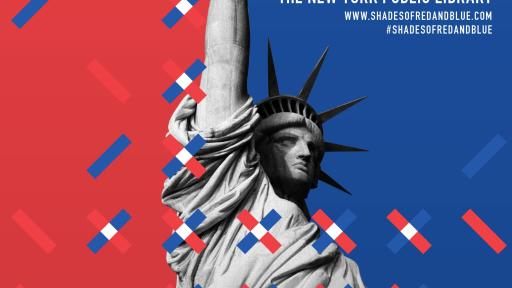 Shades of Red and Blue: Uniting Our Divided Nation

Shades of Red and Blue: Uniting Our Divided Nation at The New York Public Library brings together intelligent minds from diverse points of view to model the art of “principled disagreement” and talk freely and honestly about: loss of trust in the institutions that guard our Constitution, the hardening of American borders, America’s responsibility to provide global security, whether diversity is a glue or dividing line for nations, and free speech, liberty and the public interest. The event has been convened by three non-partisan non-profits—The Ethics Centre, Carnegie Council for Ethics in International Affairs, and Bard Globalization and International Affairs Program.

You can read more about the event and buy tickets here.

Shades of Red and Blue will consist of a series of six separate discussions:

About The Ethics Centre:
The Ethics Centre is an independent Australian organization that exists to bring ethics to the centre of everyday personal and professional life. Based in Sydney, the Centre has provided a venue for individuals to think through and discuss ethical questions for over 25 years.

About Bard Globalization and International Affairs Program:
The Bard Globalization and International Affairs program (BGIA) brings students from across the world to study in New York City and to intern in organizations that match their experience and aspirations. Its faculty are leading scholar-practitioners and program events regularly convene some of the most important and compelling thinkers in international affairs. BGIA is part of Bard College, an institution that acts at the intersection of education and civil society.

For more information regarding the event, visit www.shadesofredandblue.com.