Order a copy of the Cannabis Culture Report 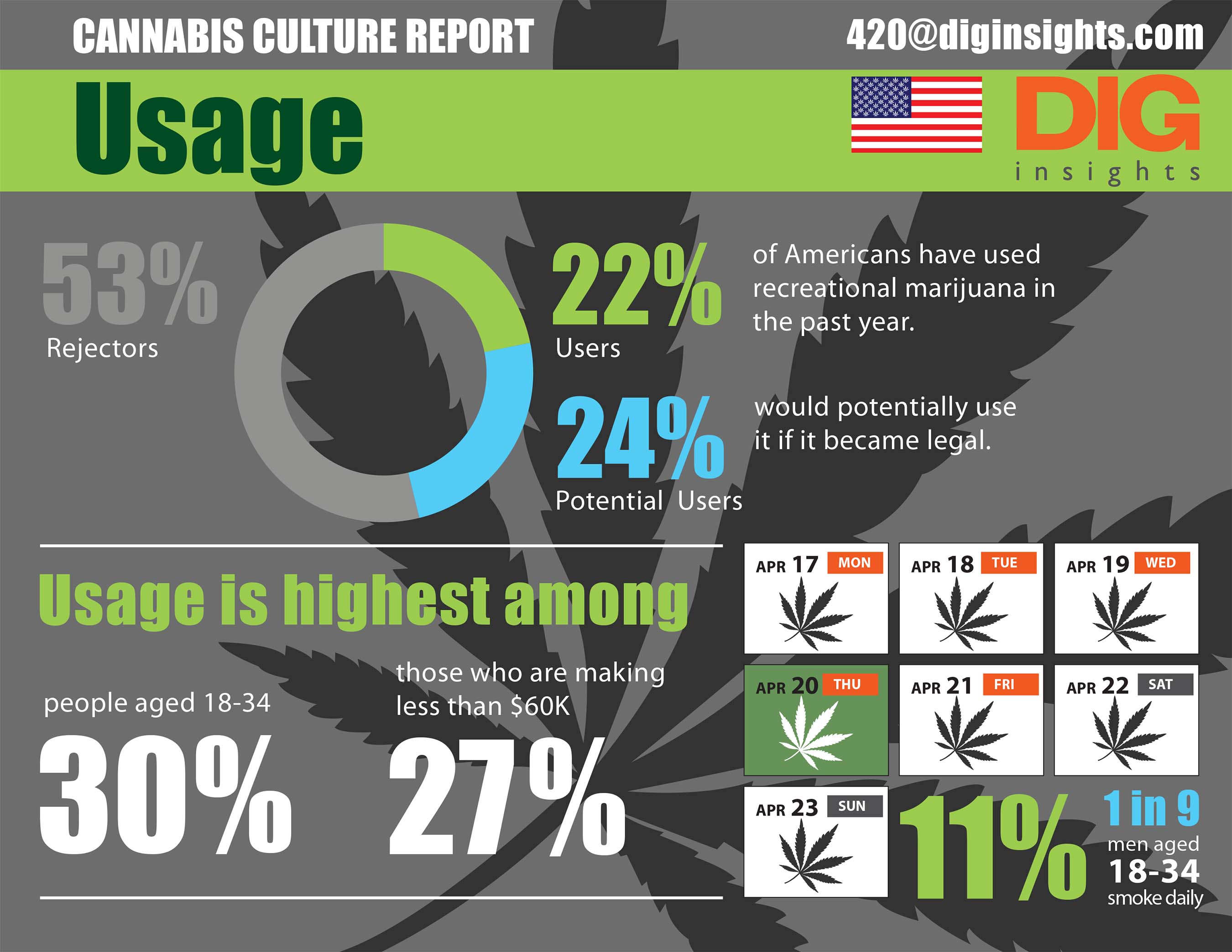 Toronto, ON – Just in time for 4/20 or World Cannabis Day, DIG Insights, a leading global research firm, has released its Cannabis Culture Report, an extensive research initiative on marijuana use in North America encompassing public attitudes on usage, legalization and much more.

“Our goal was to create a custom research report that would serve as a benchmark for the growing Cannabis industry, legislators and other interested parties,” said Rory McGee, research director, DIG Insights, Inc. 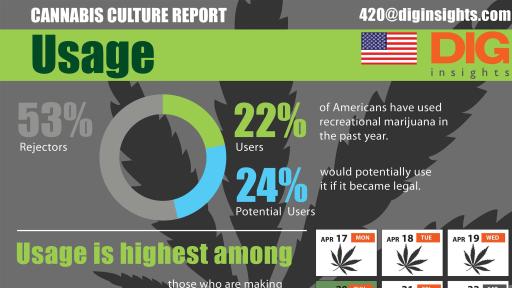 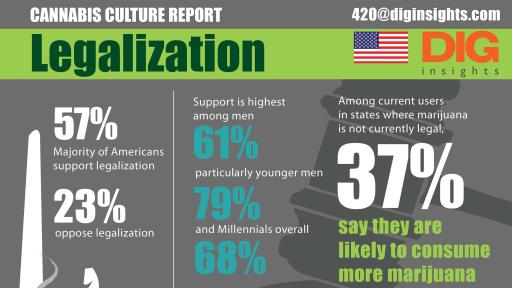 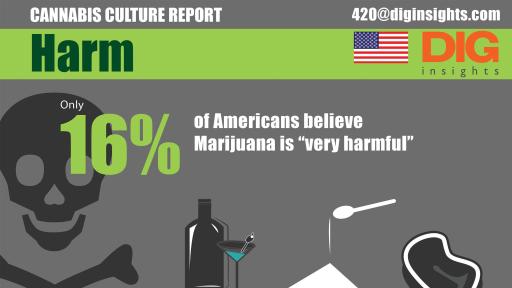 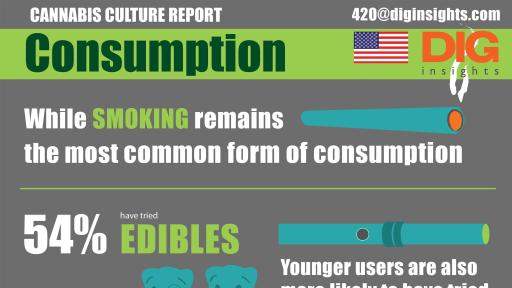 Activities during last use 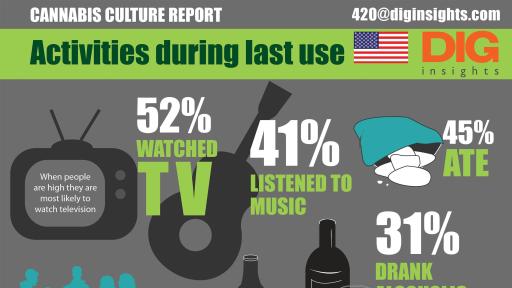 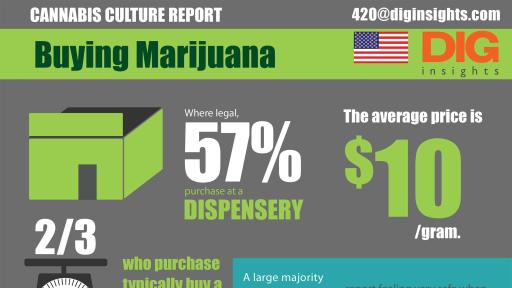 Legalization:
The majority of Americans (57%) support legalization, and support is highest among men (61%), particularly younger men (79%), and Millennials overall (68%). Among current users in states where marijuana is not currently legal, 37% say they are likely to consume more marijuana after it’s legalized.

Only 16% of Americans believe Marijuana is “very harmful”, which is lower than alcohol (27%), processed sugar (23%) and saturated fat (33%). A majority (51%) believes consumption can be beneficial, while only 32% believe that regular users are less successful in life. However, 25% report having a close friend or family member whose life was negatively affected by marijuana.

Usage:
Among the findings, approximately 2 out of every 10 Americans (22%) have used recreational marijuana in the past year and an additional 24% would potentially use it if it became legal. Usage is highest among people aged 18-34 (30%) and those who are making less than $60K (27%). Nearly 11% of men in this age group report smoking marijuana daily.

Those who currently use marijuana report they do so to reduce stress and relieve anxiety (24%) or to promote relaxation and wellbeing (31%). Interestingly, while smoking remains the most common form of consumption, 54% have tried edibles, indicating a growing market opportunity for producers. Younger users are also more likely to have tried Vaping.

Activities:
When people are high they are most likely to watch television (52%), eat (45%), listen to music (41%), socialize (33%) or drink alcohol (31%). Younger people were less likely to combine marijuana with alcohol as compared to those over 35.

Purchase:
Most Americans get their marijuana by purchasing it directly (53%), while others consume what they get from others (26%), and 21% report having a friend or family member purchase it on their behalf. Those that purchase typically buy a quarter ounce or less. The average price is $10/gram. Where legal, 57% purchase at a dispensary. Most (42%), however, purchase at someone’s residence. A large majority (73%) report feeling very safe when purchasing marijuana and half say they’re never concerned about police intervention.

For more information or to order a copy of the Cannabis Culture Report for either the USA or Canada, please click here or email [email protected].

About the Study:
Dig Insights Inc., a market research firm based in Toronto, Canada, conducted this study on marijuana usage and attitudes. Responses were collected online between April 3 and 7, 2017. The survey sampled n=1,108 Canadians and n=1,105 Americans aged 18-65 sourced from Research Now’s leading panel. Results have been weighted to reflect census proportions for age, gender and region in both countries. The margins of error are +/- 2.9% in each country.