View the Cars at the Capital

Washington, D.C. (April 12, 2017) – The McGee Roadster hot rod, Hirohata Merc radical custom and Gypsy Rose lowrider became part of history today. They were announced as the 16th, 17th and 18th vehicles to be added to the National Historic Vehicle Register in recognition of their significance in American automotive history. All three vehicles were center stage on the National Mall this morning to mark the commemoration and opening ceremony for the third annual Cars at the Capital exhibition. The exhibition and documentation are part of the Historic Vehicle Association (HVA) partnership with the U.S. Department of the Interior, Historic American Engineering Record (HAER) and Library of Congress archives.

Each vehicle will be exhibited in the HVA’s beautifully illuminated glass display case on the walkway between the Smithsonian National Air and Space Museum and National Gallery of Art. The exhibition will run from April 12 to May 4, 2017. The exhibition is free to the public. The display schedule is as follows: 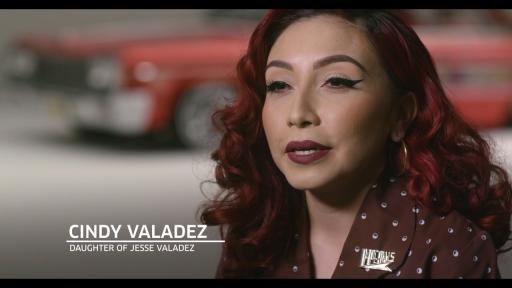 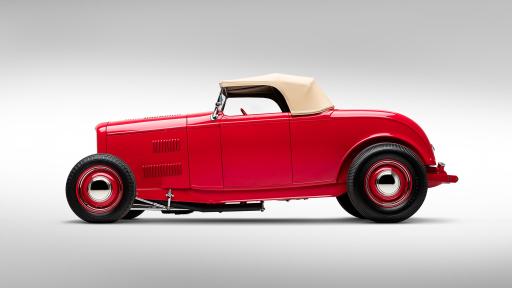 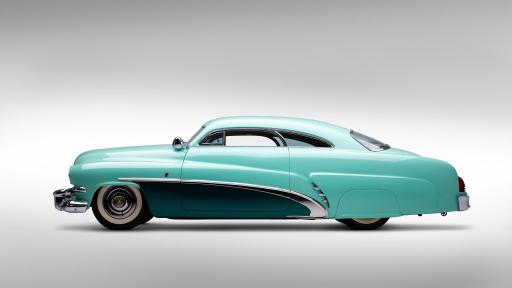 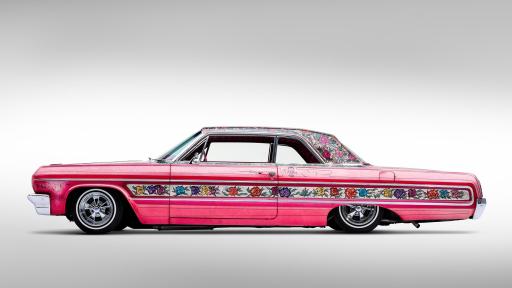 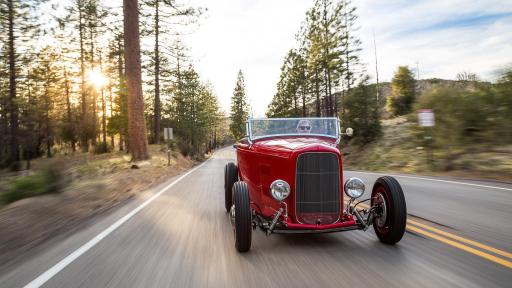 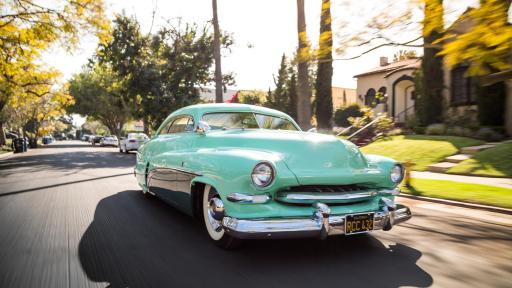 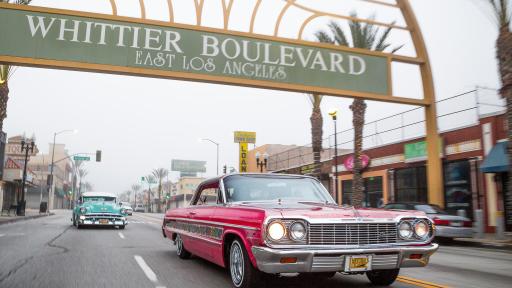 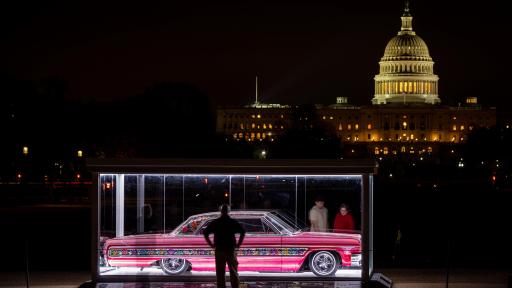 “These cars are iconic examples from the early days of the hot rod, custom and lowrider movements,” said Mark Gessler, President of the Historic Vehicle Association. “They are uniquely American and reflect the exceptional talent and unique cultures of the designers, artisans and mechanics that modified production cars for speed and style.”

Gypsy Rose is a 1964 Chevrolet Impala designed to go “low and slow” when it cruised East LA in the 1970s. It was known as one of the most extravagantly painted lowriders of the period, landing it a spot in the opening credits of the 1970s sitcom “Chico and the Man” and on the cover of Lowrider Magazine in 1980. “You’re only going to find certain iconic cars that are still around. That was one of them, and I think that was our foundation, our cornerstone of all lowriding,” said Joe Ray, Editor of Lowrider Magazine. To learn more about the Gypsy Rose, click here.

The McGee Roadster is a hot rod based on a 1932 Ford V8 Roadster. It was built by Bob McGee, a soldier, who upon returning from the war, attended and played football for the University of Southern California. McGee raced the car on the dry lakebeds of California and used the car to promote hot rod safety. The iconic car was featured on the cover of Hot Rod Magazine in 1948. “Hotrodding is something so important to our American heritage, and it was almost forgotten. This car exemplifies the pinnacle of that,” said Bruce Meyer, owner of the McGee Roadster and founding chairman of the Petersen Automotive Museum in Los Angeles, California. To learn more about the McGee Roadster, click here.

The Hirohata Merc is a 1951 Mercury Coupe that was purchased by Bob Hirohata and extensively customized by master craftsmen Sam and George Barris at their shop in Lynwood, California, in 1952. It was striped by Von Dutch and featured modified design elements from Buick, Cadillac, Chevrolet, Ford and Lincoln. Under Hirohata’s ownership, it was driven cross-country from Los Angeles to Indianapolis and on to Detroit and back. The car collected more than 150 trophies during the first several years it was shown. In 1959, at the age of 16, Jim McNiel purchased it from a used car lot for $500. “The Hirohata Merc really isn’t mine, it’s had an effect on a lot of people’s lives. When they come to see it, a lot of them, they just break down. It’s all about the history of the car,” said Jim McNiel. To learn more about the Hirohata Merc, click here.

“The custom riders represent the highest levels of vernacular auto engineering. The three vehicles featured at this year’s exhibition not only created a whole new category of uniquely ‘made in America’ cars but also influenced builders and designers around the globe,” said Richard O’Connor, Chief, Heritage Documentation Programs, National Park Service, U.S. Department of the Interior. “We support HVA’s efforts to make this rich history available to the public.”

The 2017 Cars at the Capital exhibition is underwritten in part through the generous support of our partners: Shell (including its Pennzoil and Quaker State brands), Hagerty, American Fuel & Petrochemical Manufacturers (AFPM) and TEN: The Enthusiast Network (including its Automobile, Hot Rod and Lowrider brands).

“Shell is pleased to partner with HVA in presenting these three iconic cars,” said Mark Henry, Vice President, North America Marketing, Shell Lubricants. “The ingenuity exhibited in each of these builds showcases a desire by the owners to express themselves through car design – a passion we admire and celebrate at Shell.”

About the Historic Vehicle Association
The HVA is dedicated to preserving and sharing America’s automotive heritage. In 2014, the HVA established the National Historic Vehicle Register in partnership with the U.S. Department of the Interior, Heritage Documentation Programs and Library of Congress to document historically significant automobiles in America’s past. The HVA is supported by over 400,000 individual historic vehicle owners, key stakeholders and corporations, as well as individual benefactors. Please visit: historicvehicle.org