ATLANTA (May 4, 2017) – More than 17,000 women volunteers will come together starting Saturday in their local communities to help build or improve affordable homes alongside future homeowners as part of Habitat for Humanity and Lowe’s 10th annual National Women Build Week. With the help of Lowe’s Heroes volunteers, they will build or improve 600 Habitat homes in nearly 50 states in just one week.

Lowe’s helped launch National Women Build Week in 2008 to empower women with construction skills and give them a platform to tackle affordable homeownership in their communities.

“It’s very inspiring to see 17,000 strong, empowered women join together to work with families who are building toward better futures,” said Lisa Marie Nickerson, associate director of Habitat for Humanity’s Women Build program. “With Lowe’s support, the event continues to grow, and I’m proud to say that female construction crews have helped build nearly 3,800 Habitat homes in the past nine years. It just goes to show that no task is too big when we tackle it together.” 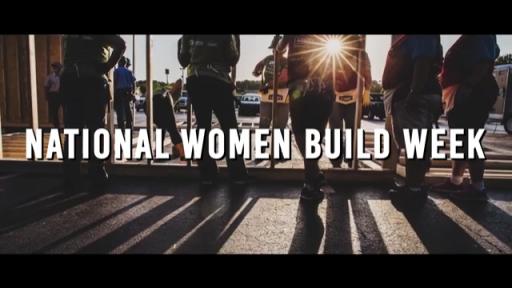 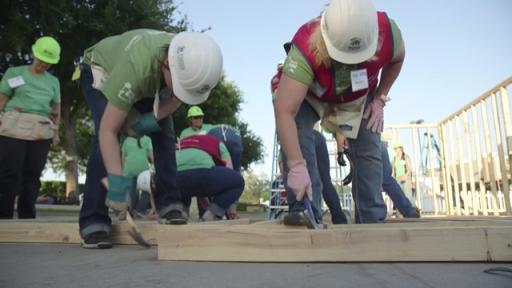 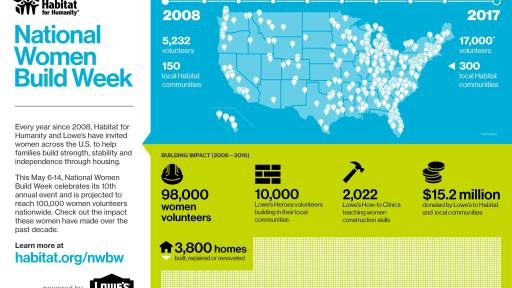 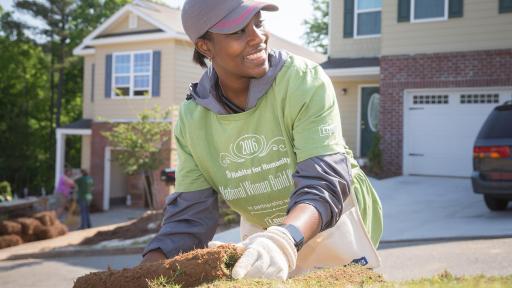 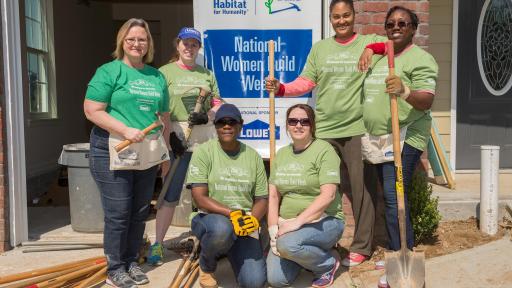 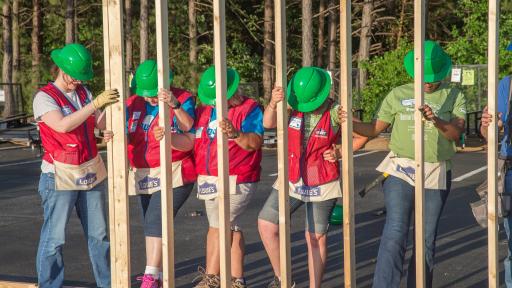 “Finally, we will have a wheelchair-accessible home, which will help my son easily move around the house and make him feel more comfortable,” Santos said. “My son is overwhelmed with joy because he knows it will make our lives much easier.”

Brooke Reed of Stillwater, Oklahoma is one of those homeowners who now reflects back to how instrumental National Women Build Week was to establishing a strong foundation for her family. In 2012, she helped raise the walls on her Habitat home as part of the week. She moved out of a trailer park and into her home later that year. Reed said owning a Habitat home has given her the opportunity to build her credit, save money and create a better life for her and her children.

“As women, it’s important to support and empower each other in all facets of life including home ownership and maintenance,” said Jocelyn Wong, chief marketing officer at Lowe’s and National Women Build Week advocate. “National Women Build Week offers an opportunity for women to come together, learn construction skills, and make a positive impact in the lives of others in their communities. We hope that many more women will join Lowe’s and Habitat as we continue to help families realize their dream of home ownership.”

In celebration of the 10th annual event of National Women Build Week and reaching the milestone of engaging 100,000 volunteers, Lowe’s and Habitat for Humanity of Charlotte are hosting a kickoff event on May 5. Women leaders and executives in the Charlotte area will join together, put their building skills to the test and inspire other women to make a meaningful impact in their community.

For more information on Habitat for Humanity’s Women Build program, and to learn about Women Build projects in communities across the U.S., visit www.habitat.org/wb.

About Habitat for Humanity
Driven by the vision that everyone needs a decent place to live, Habitat for Humanity began in 1976 as a grassroots effort on a community farm in southern Georgia. The Christian housing organization has since grown to become a leading global nonprofit working in more than 1,300 communities throughout the U.S. and in nearly 70 countries. Families and individuals in need of a hand up partner with Habitat for Humanity to build or improve a place they can call home. Habitat homeowners help build their own homes alongside volunteers and pay an affordable mortgage. Through financial support, volunteering or adding a voice to support affordable housing, everyone can help families achieve the strength, stability and self-reliance they need to build better lives for themselves. Through shelter, we empower. To learn more, visit habitat.org

About Lowe’s in the Community
Lowe’s, a FORTUNE® 50 home improvement company, has a 60-year legacy of supporting the communities it serves through programs that focus on K-12 public education and community improvement projects. In the past decade, Lowe’s and the Lowe’s Charitable and Educational Foundation together have contributed nearly $300 million to these efforts, and for more than two decades Lowe’s Heroes volunteers have donated their time to make our communities better places to live. For the latest news, visit Newsroom.Lowes.com or follow @LowesMedia on Twitter.