It’s a New Era of Lexus Performance and Design

TORRANCE, Calif. (May 2, 2017)—To launch the first-ever 2018 Lexus LC—a vehicle that signals a new era of Lexus performance and design—the brand has developed a comprehensive marketing campaign as powerful and innovative as the new flagship coupe. Originally a concept vehicle, Lexus stunned many when the LC debuted in 2016 as a production model that so closely echoed the design concept’s dynamic styling. The fully integrated campaign illustrates unique stories of the luxury coupe, a vehicle that Lexus’ Master Driver Akio Toyoda himself said was designed and engineered to be anything but boring.

“The LC launch marks a significant moment for Lexus as we continue to showcase our new brand direction of ‘Experience Amazing,’” said Cooper Ericksen, Lexus vice president of marketing. “This campaign puts a focus on the LC’s craftsmanship and performance through compelling storytelling to reach our target audience of experiential masters—affluent, adventurous consumers with high expectations.” 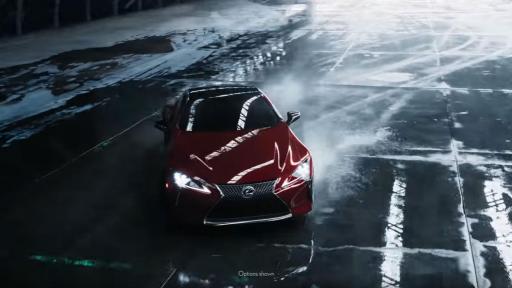 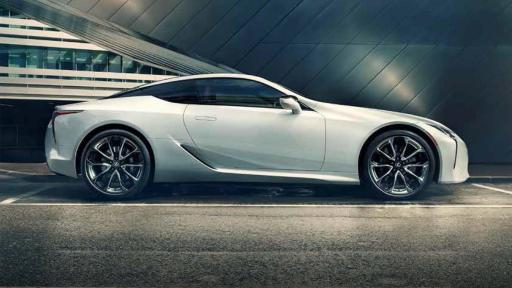 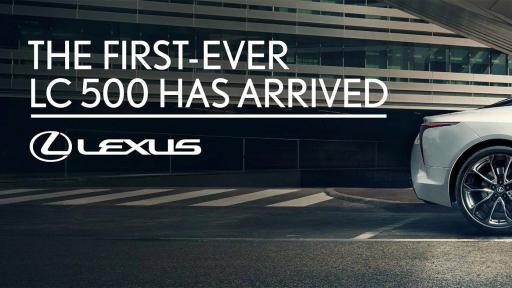 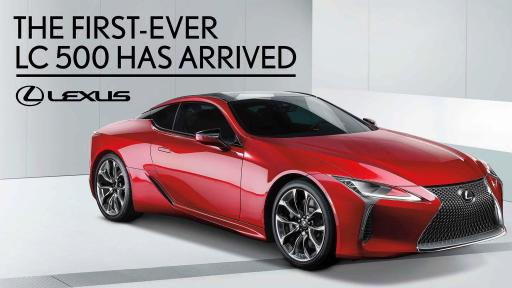 “Feats of Amazing,” a general market TV spot, begins airing today. It dramatizes the LC’s many engineering marvels, including its near-perfect weight distribution, giving drivers optimal and agile handling, control and confidence on the road. As the bold red coupe tears through an expansive warehouse, the voiceover calls out the naturally aspirated 5.0-liter V8 engine, the 10-speed Direct-Shift transmission and the meticulously crafted interior. The camera cuts to close-ups of the engineering achievements before the LC purposefully and precisely slides into an illuminated box. A pyramidal lift appears underneath the center of the car and raises it to show off the balanced weight distribution, demonstrating that these combined technical feats of the LC come together to create something truly amazing.

The campaign also includes multicultural elements targeted to Black, Asian and Hispanic audiences in media outlets like BET, TVOne, KBS America, India Abroad, ESPN Deportes and Telemundo, respectively. The multicultural spot, “Balanced Spirit,” matches the balanced duality of the professional and personal life of the Black Lexus audience with the prestige and power of the LC 500. Acclaimed Golden Globe® nominee and GRAMMY® winner Blair Underwood’s powerful voice guides the spot along the edge of these two worlds. GRAMMY-nominated, rising artist Anderson .Paak’s slick, urgent beats provide the spot with a sonic playground to show that the Lexus LC 500 is on fire, and perfectly in touch with both sides of its powerful personality.

The general market broadcast spots will air during prime time, cable, late night and sports programming on networks like CNN, Food Network, NBC, ABC, FOX Sports and the Travel Channel. Radio, print, digital and out-of-home media elements will target affluent consumers who seek one-of-a-kind amazing experiences that they can share with their social circles. The print campaign will be featured in titles such as DuPont Registry, Road & Track, Robb Report, JetSet and GQ Style. Digital banners and interactive mobile units will increase engagement through key sites like ESPN, Autoblog, NFL Network, CNN, ABC as well as social platforms like YouTube, Instagram, Facebook and Twitter. Out-of-home placements including traditional and digital billboards will boost awareness in cities like Los Angeles, New York and Washington, D.C., including high-profile media placements in Times Square and at Verizon Center.

Beyond foundational media, Lexus is working with key partners to highlight the prestige and craftsmanship of the LC and LC Hybrid through experiential activations. The luxury coupe will sponsor the launch of GQ’s Upshift, the new online automotive section of the publication launching this month. Golf fans will see the luxury coupe throughout the course at the U.S. Open Championship in Erin Hills, Wisconsin, in June, as part of the United States Golf Association (USGA) partnership; Lexus is the official vehicle of the USGA. Additionally, ride-and-drives at the FOOD & WINE Classic in Aspen will allow attendees to see and feel the beautiful design and powerful performance of the LC. Lastly, a cinema buy with Spotlight Cinema Network will provide theater guests the opportunity to experience the raw power of the new LC coupe. The Immersive Sonic Challenge will run during previews nationwide and ask movie-watchers to guess the car brand using only their ears, through an immersive, surround-sound audio test drive.

The spot is available for viewing at https://youtu.be/sclZFddqRxw. See photos of the LC here. Social media users can follow the conversation with #LexusLC. The vehicle is on sale now in dealerships.

About Lexus
Lexus’ passion for brave design, imaginative technology, and exhilarating performance enables the luxury lifestyle brand to create amazing experiences for its customers. Lexus began its journey in 1989 with two luxury sedans and a commitment to pursue perfection. Since then, Lexus has developed its lineup to meet the needs of global luxury customers in more than 90 countries. In the United States, Lexus vehicles are sold through 237 dealers offering a full lineup of luxury vehicles. With five models incorporating Lexus Hybrid Drive, Lexus is the luxury hybrid leader. Lexus also offers six F SPORT models and two F performance models.