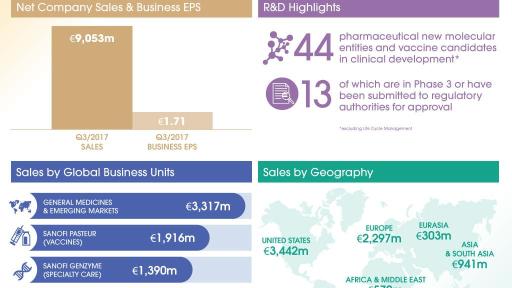 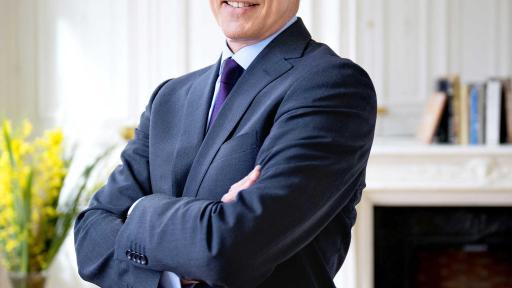 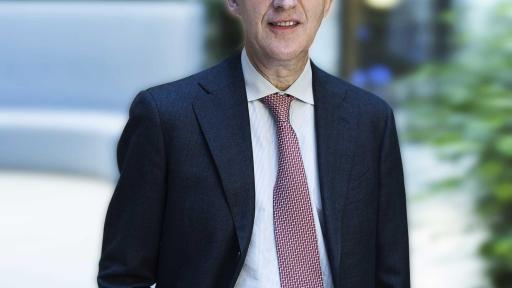 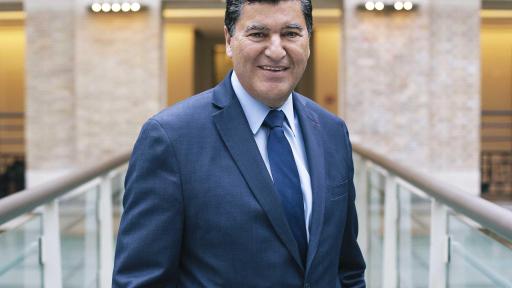 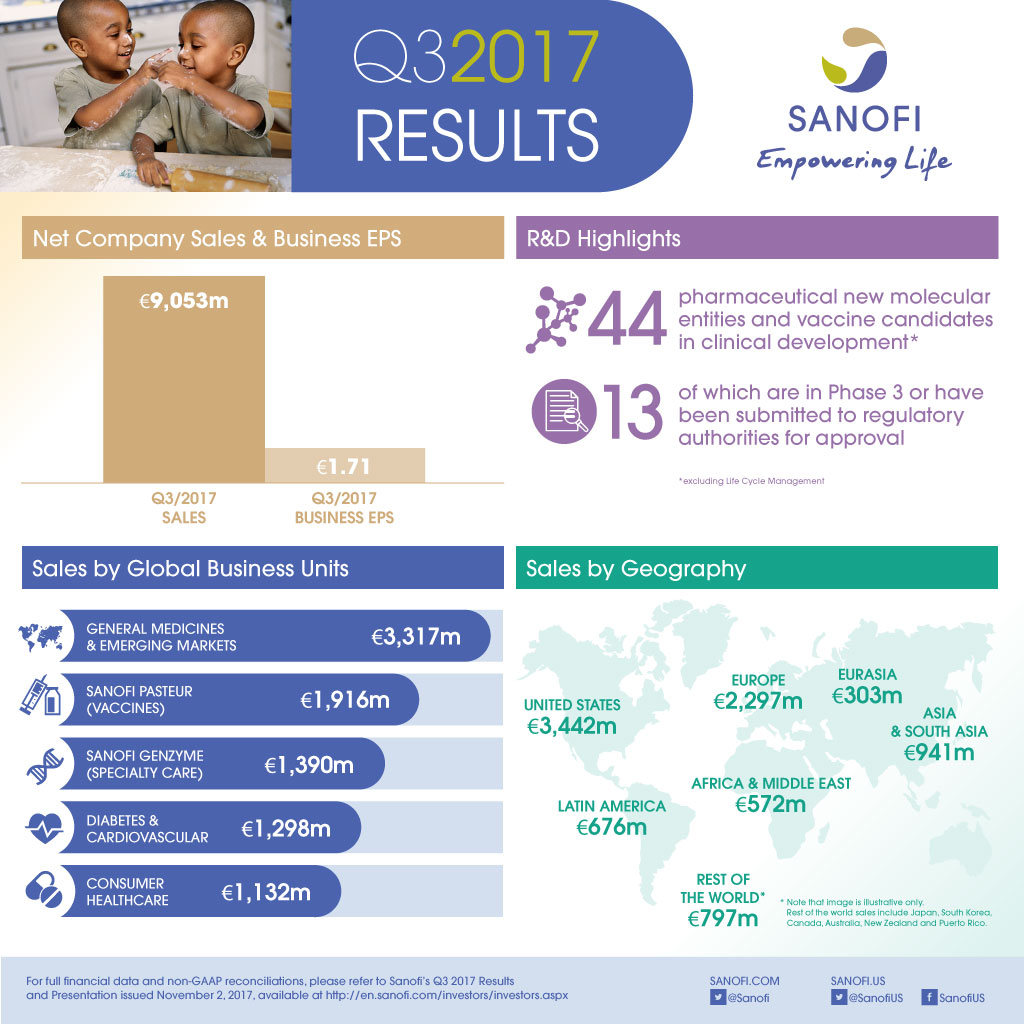 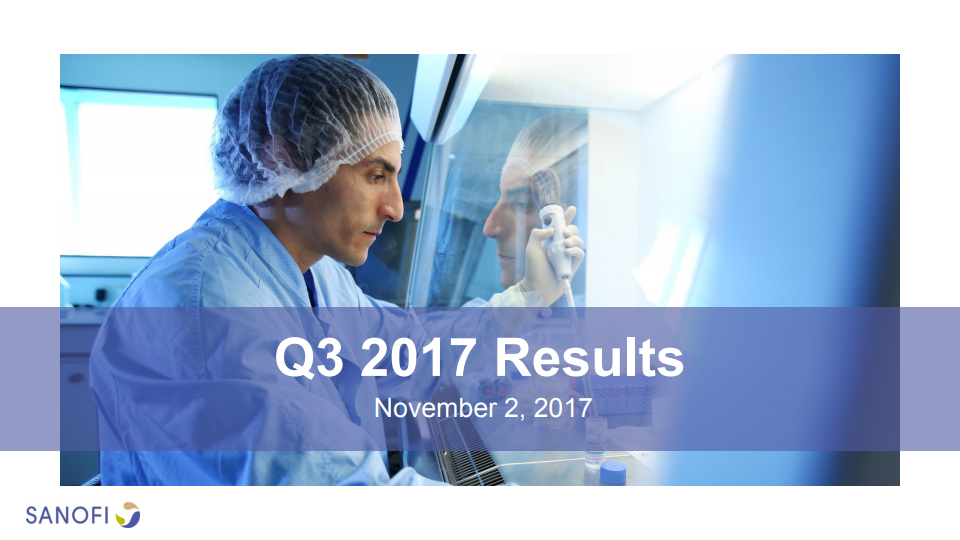 Third-quarter and first nine months 2017 accounts reflect the acquisition of the former Boehringer Ingelheim Consumer Healthcare (CHC) business and the disposal of the Animal Health business (completed on January 1, 2017(4)). In accordance with IFRS 5 (Non-Current Assets Held for Sale and Discontinued Operations), Animal Health results in 2016 and gain on disposal in 2017 are reported separately. Third-quarter and first nine months 2017 income statements also reflect the consolidation of European operations related to Sanofi vaccine portfolio, following the termination of the Sanofi Pasteur MSD joint venture (SPMSD JV) with Merck at the end of 2016.

(1) In order to facilitate an understanding of operational performance, Sanofi comments on the business net income statement. Business net income is a non-GAAP financial measure (see Appendix 8 for definitions). The consolidated income statement for Q3 2017 and 9M 2017 is provided in Appendix 3 and a reconciliation of IFRS net income reported to business net income is set forth in Appendix 4; (2) changes in net sales are expressed at constant exchange rates (CER) unless otherwise indicated (see Appendix 8); (3) CS: constant structure: adjusted for BI CHC business, termination of SPMSD and others; (4) The closing of the disposal of Merial in Mexico is expected in 2017; (5) See definition page 8; (6) 2016 Business EPS was €5.68; (7) Collaboration with Regeneron.

Sanofi Chief Executive Officer, Olivier Brandicourt, commented:
“The strong launch of Dupixent® in the U.S., the continued double-digit growth of our Multiple Sclerosis franchise and the performance of our pediatric vaccines were important drivers in the quarter. These positive dynamics, accompanied by robust growth in Emerging Markets and disciplined expense management, offset the decline of our Diabetes franchise. We are pleased by the progress in R&D demonstrated by the positive phase 3 topline results in asthma for Dupixent® and the recent advances of cemiplimab, our anti PD-1, in oncology.”

Regulatory updates since the publication of second-quarter results on July 31, 2017 include the following:

At the end of October 2017, the R&D pipeline contained 44 pharmaceutical new molecular entities (excluding Life Cycle Management) and vaccine candidates in clinical development of which 13 are in Phase 3 or have been submitted to the regulatory authorities for approval.

Sanofi confirms its full-year 2017 guidance for business EPS(9) to be broadly stable at CER, barring unforeseen major adverse events. The currency impact on 2017 business EPS is now estimated to be -1% to -2% if the average September 2017 exchange rates are applied to the fourth quarter of 2017.

This press release contains forward-looking statements as defined in the Private Securities Litigation Reform Act of 1995, as amended. Forward-looking statements are statements that are not historical facts. These statements include projections and estimates regarding the marketing and other potential of the product, or regarding potential future revenues from the product. Forward-looking statements are generally identified by the words “expects”, “anticipates”, “believes”, “intends”, “estimates”, “plans” and similar expressions. Although Sanofi’s management believes that the expectations reflected in such forward-looking statements are reasonable, investors are cautioned that forward-looking information and statements are subject to various risks and uncertainties, many of which are difficult to predict and generally beyond the control of Sanofi, that could cause actual results and developments to differ materially from those expressed in, or implied or projected by, the forward-looking information and statements. These risks and uncertainties include among other things, unexpected regulatory actions or delays, or government regulation generally, that could affect the availability or commercial potential of the product, the absence of guarantee that the product will be commercially successful, the uncertainties inherent in research and development, including future clinical data and analysis of existing clinical data relating to the product, including post marketing, unexpected safety, quality or manufacturing issues, competition in general, risks associated with intellectual property and any related future litigation and the ultimate outcome of such litigation, and volatile economic conditions, as well as those risks discussed or identified in the public filings with the SEC and the AMF made by Sanofi, including those listed under “Risk Factors” and “Cautionary Statement Regarding Forward-Looking Statements” in Sanofi’s annual report on Form 20-F for the year ended December 31, 2016. Other than as required by applicable law, Sanofi does not undertake any obligation to update or revise any forward-looking information or statements.
(1) .